Accessibility links
Automakers Reroute, Aiming For Younger Drivers Twenty-somethings aren't likely to wait for the latest car magazine, and they're less likely to see the latest TV commercial. That's making it harder for carmakers to get eyeballs on their products. 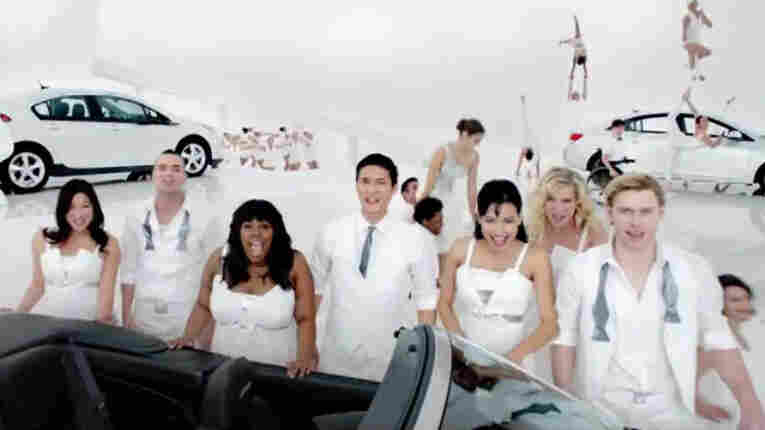 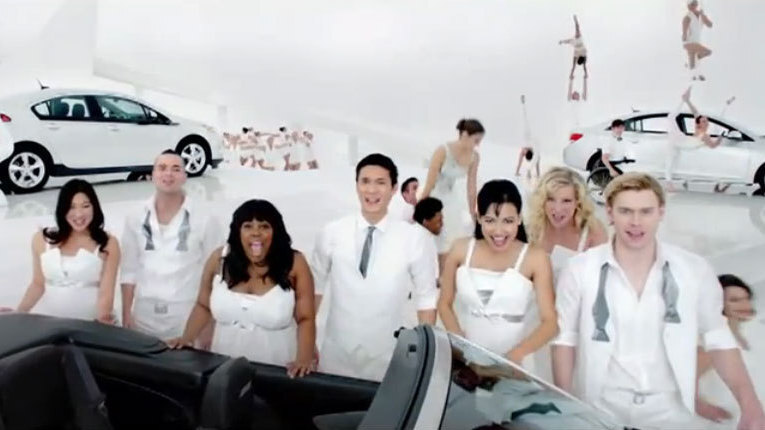 The cast of the TV show Glee sells Chevys in this Super Bowl ad.

As the car companies get back on their feet, they are finding it harder and harder to attract the youth market.

Twenty-somethings aren't likely to wait for the latest car magazine, and they are less likely to see the latest TV commercial. That's making it harder for carmakers to get eyeballs on their products.

More than 50 years ago, Dinah Shore sold Chevrolet cars with a song.

Who didn't love Dinah Shore? So after seeing the ad, you'd probably head into the showroom. Once you went with Dinah and Chevy, you stuck with them. It's different these days.

Emmert says it's getting tough for car companies to find customers, especially young ones. They're more fickle, he says, plus "the media is getting very fragmented."

"In order to reach the people you're trying to reach, you need to have a broad approach in terms of the media you consider," he says. "And a targeted approach based on finding where these people are."

Meaning you have to hit every medium to find the customers — and you have to do it quickly.

The Ford Focus, for an example, has the same ad campaign for the whole world. Extremely short commercials, an Internet TV show, a social media campaign, a charity reality show, Facebook and more — all for one car. Emmert says targeting a specific demographic doesn't work.

The kids from the hit TV show Glee take on a Chevy classic.

"You have to appeal to a common lifestyle and value system around the world," he says.

Jeremy Anwyl, CEO of the website Edmunds.com, says the big car companies have the kind of money they haven't had in years, and they're spending a lot going after, increasingly less brand loyal, young people. But they're not always successful.

"Right now, the car companies are very focused on getting people to like their Facebook page," he says, "which, to me, is kind of irrelevant."

Anwyl says the key is to find a natural way to surprise people with a car then get them to talk about it.

"It seems pretty simple, but in the car industry we just haven't quite figured how to get to that level of some sort of surprise that triggers these conversations," he says.

Anwyl says as the car industry gets more competitive and media more fractured, it'll be harder for any car to be heard.

Plus, no one can get Dinah Shore anymore.