Accessibility links
Last U.S. Veteran Of World War I Dies At Age 110 When Frank Buckles enlisted in 1917, he was only 16. But he fudged his age and served in both world wars, surviving three years as a POW in the Philippines. He died of natural causes at his home in Charles Town, W. Va. at age 110. 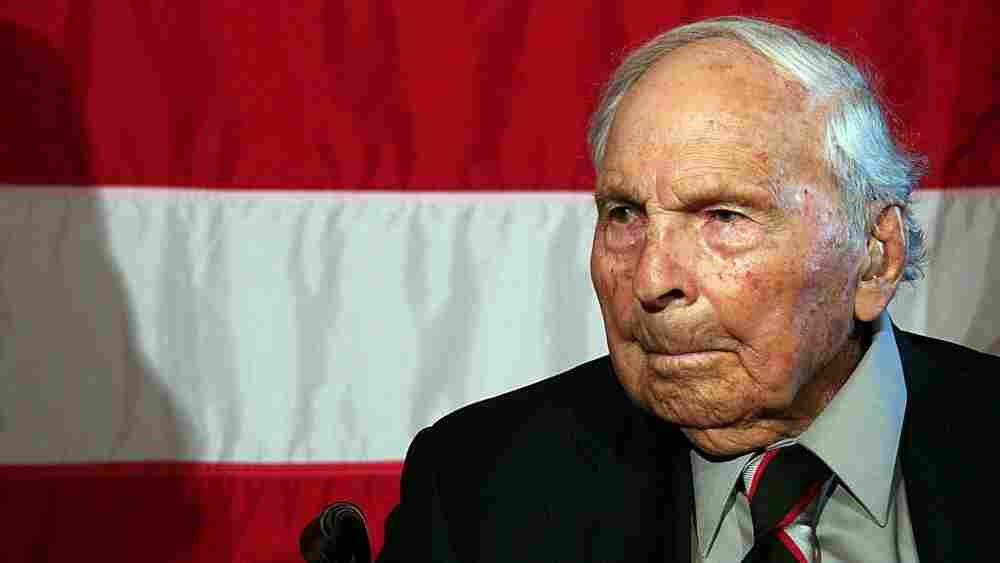 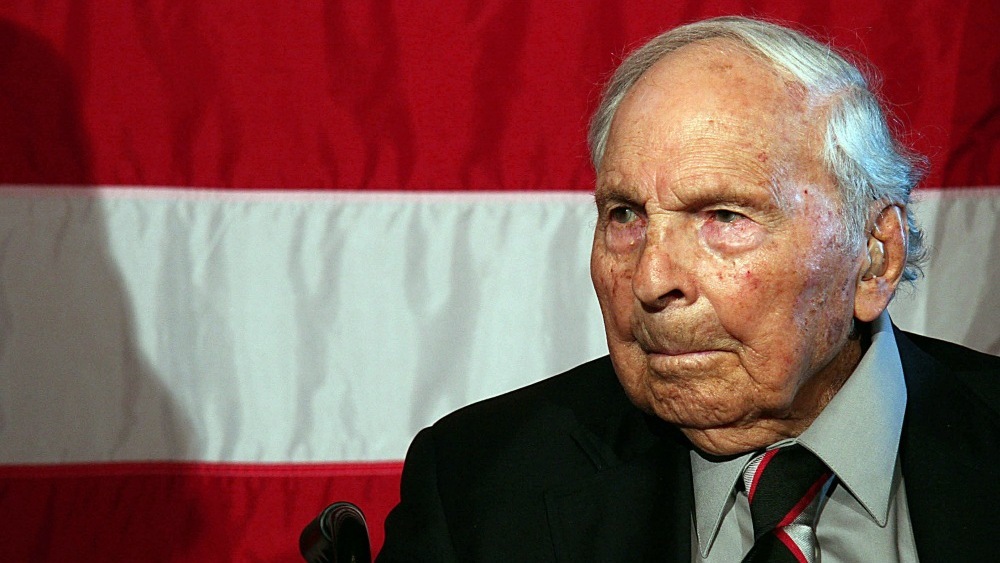 Frank Buckles during a 2008 ceremony honoring him on Capitol Hill in Washington, D.C.

Frank Buckles — a Missouri farm boy who fudged his age to get into the Army, served in two world wars and became the last living U.S. veteran of the first — has died of natural causes at his Charles Town, W. Va. home. He was 110.

As President Obama put it in a statement Monday, "Frank Buckles lived the American century."

Frank Buckles: 'Adventure Was Looking For Me'

An American Veteran of the First World War

His career as a soldier began in 1917 just after America entered World War I.

"It was a very important event," Buckles told NPR's Tom Bowman three years ago. "The whole world was involved and I intended to be part of that world."

The only problem was that Buckles was 16 — and you had to be 18 to enlist. The Marines rejected him. Then the Navy. So Buckles approached Army recruiters and lied about his age, telling them the only proof was at home in the family Bible.

"I did not lie," he told NPR. "I just misrepresented the age."

Buckles set off for France with his fellow soldiers, climbing aboard the HMS Carpathia, the ship that just five years earlier had saved survivors from the Titanic.

He didn't see combat on the Western Front. Instead, Buckles drove an ambulance. And later he guarded German prisoners as the war was coming to an end. He remembered that some of the German POWs had musical instruments, and would at times play for their captors.

"And they would be on their side of the fence and Americans would set up some benches on the outside and listen to the concert," he said.

On To The Pacific

After the war, Buckles traveled throughout Europe and the United States. He learned German, Spanish and Portuguese, and ended up working for a shipping company that sent him to the Philippines in 1940, just after another world war had begun.

When the Japanese invaded, Buckles was among those rounded up and sent to the notorious Los Banos prison camp. His weight dropped below 100 pounds, but he was still able to lead his fellow prisoners in calisthenics.

Finally, in February 1945, after more than three years of captivity, soldiers from the American 11th Airborne Division liberated Buckles and the other captives.

"The rescue of Los Banos was one of the remarkable rescues of World War II," he said, "because they rescued all of the 2,200 prisoners without any fatalities."

Buckles married in 1946 and moved to his farm in West Virginia's Eastern Panhandle in 1954, where he and his wife, Audrey, raised their daughter, Susannah Flanagan. Audrey Buckles died in 1999.

By spring 2007, the Department of Veterans Affairs reported that only three U.S. World War I veterans were still alive: Buckles, J. Russell Coffey of Ohio and Harry Richard Landis of Florida.

The last known Canadian veteran of the war, John Babcock of Spokane, Wash., died in February 2010. There are no French or German veterans of the war left alive.

On Nov. 11, 2008, the 90th anniversary of the war's end, Buckles attended a ceremony at the grave of World War I Gen. John Pershing in Arlington National Cemetery.

He was back in Washington a year later to endorse a proposal to rededicate the existing World War I memorial on the National Mall as the official National World War I Memorial. The memorial was originally built to honor the District of Columbia's war dead.

Frank Buckles' 110-year journey ended Sunday. And for those who thought he'd lived an adventurous life, he had a simple message: "I was never actually looking for adventure," he once said. "It just came to me."

Information from the Associated Press was used in this story