Accessibility links
Federal Hearings Set To Root Out Cause Of San Bruno Gas Pipeline Explosion This week federal investigators are preparing to hold hearings into the cause of the fatal blast in San Bruno, Calif., last September. Preliminary reports from federal investigators cast blame on defective welds in a 60-year-old pipeline. 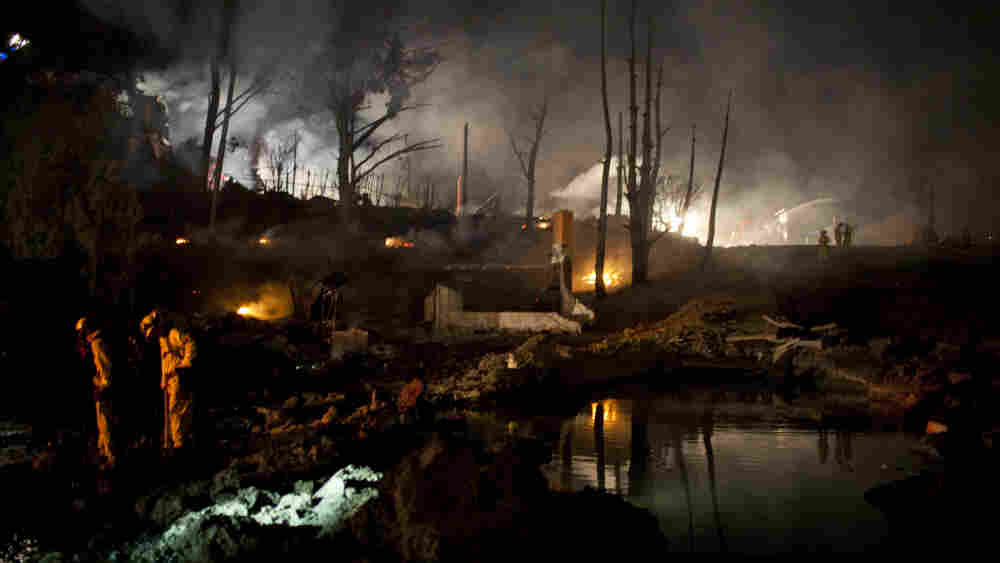 A crater filled with water marks the site of a pipeline explosion that caused a fire in a San Bruno, Calif., neighborhood, on Sept. 9. Max Whittaker/Getty Images hide caption 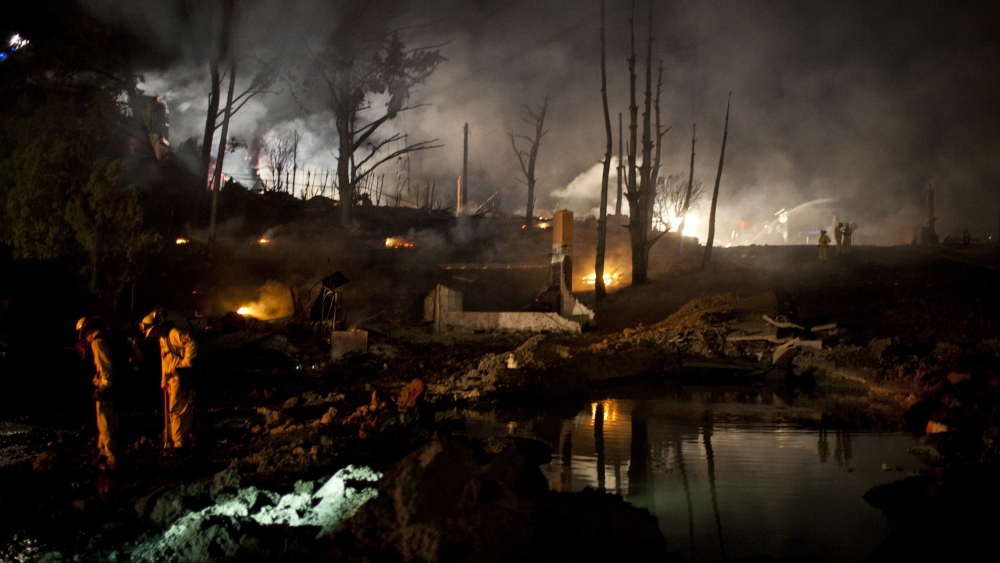 A crater filled with water marks the site of a pipeline explosion that caused a fire in a San Bruno, Calif., neighborhood, on Sept. 9.

Federal investigators are about to begin hearings into the cause of a massive gas pipeline explosion in San Bruno, Calif., last September.

The explosion killed eight people and injured another 50, and scores of homes were destroyed or damaged.

For many residents, the pain of that day is still fresh.

In a quiet subdivision just south of San Francisco, there's a section of open, green fields. But the pastoral calm is betrayed by a gaping hole in the ground and a handful of abandoned homes. That's what was left after the 30-inch gas main ruptured — and obliterated a once-thriving neighborhood.

"Just in literally an instant it was gone. It was gone in just a matter of minutes. No warning. There was no anticipated event here that evening. Absolutely horrible," says Jim Ruane, the mayor of San Bruno. "In addition to the eight dead, more than 50 people were injured, 38 homes were destroyed and more than 50 were damaged by the inferno."

Ruane says many of his constituents need more than a chance to rebuild their homes. Some need what he calls "a psychological rebuild," too.

"A lot of people said initially, 'You know, I don't need help. I'm OK.' And after a while, a lot of individuals have come up to me and said, 'I did go to group therapy' or 'I did go to therapy one-on-one, to kind [of] get myself straightened out.' It helps with the nightmares, the kids can't sleep at night — 'Mom and Dad, are we safe in our neighborhood?' — that kind of thing," Ruane says.

Rene Morales, a mother of four, relives the nightmare every day. Even though she lives about a mile away from this neighborhood, she says she panicked when she first heard about the explosion because she knew her 20-year-old daughter, Jessica, was there visiting her boyfriend. 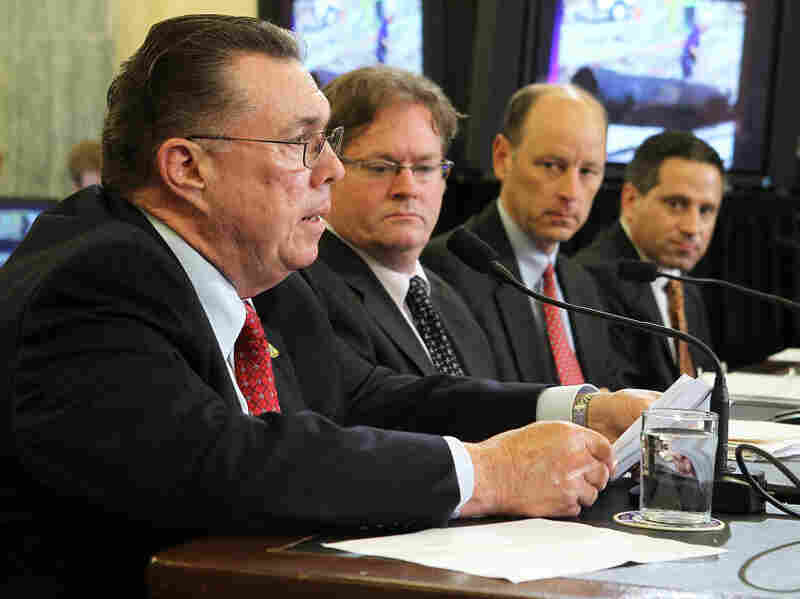 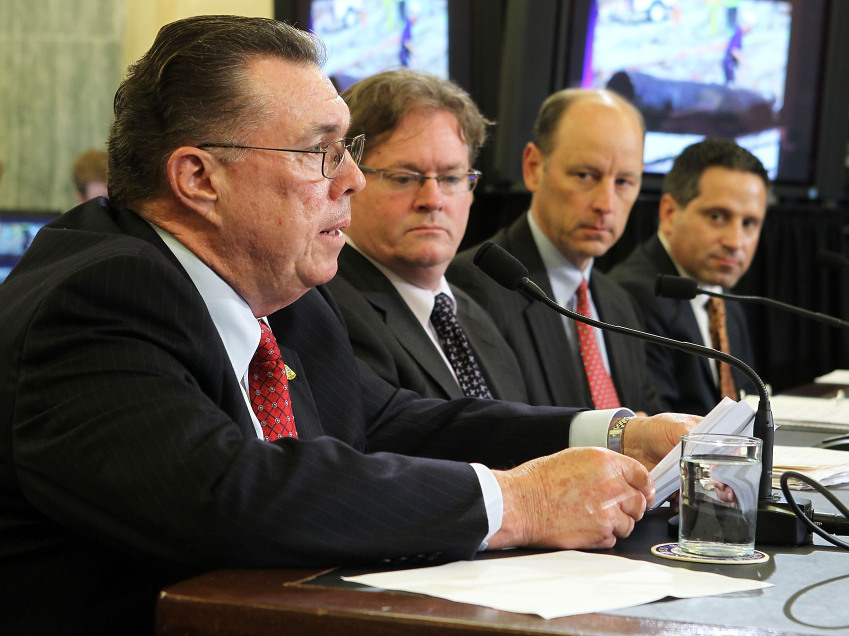 "Something deep down inside of me, I felt something was wrong and I knew Jessica was in trouble," Morales says.

At the time of the explosion, Jessica Morales was with her boyfriend, Joe Ruigomez, in his house at the center of the blast. He suffered second- and third-degree burns. Rene Morales said she and her husband spent all night visiting and calling local hospitals looking for their daughter.

Twenty hours later, she received a visit from a county coroner's official.

Today, Morales says she still wants to know why the explosion occurred.

Preliminary reports from federal investigators cast blame on defective welds in a 60-year-old pipeline. They also found that the pipeline owner, PG&E, had sloppy records of that and other gas transmission lines in its system. Spokesmen for the utility were unavailable to comment for this report.

Robert Bea, a professor of civil engineering at the University of California at Berkeley, says the pipeline's age wouldn't matter if it had been built and maintained properly in the first place.

"If we've got pipelines in important areas where we got people and schools and hospitals, we better test these pipelines," Bea says. "We can't tell from records what their condition is; only tests can give us the assurance that we're properly protecting the interest of the public."

But tests are expensive, and PG&E has said the total bill for the explosion could exceed $760 million. The company also has said it expects to pass along some of those costs to ratepayers, a move consumer groups say they will oppose.

Back in San Bruno, Mayor Ruane says the worst thing that can happen is that the hole gets filled, the streets are repaved and people forget what happened here.

That's why he and other local officials are in Washington, D.C., this week to keep a close eye on the federal investigation of the pipeline explosion.

"We are committed to not let that happen at all — so that this never happens again in any other city in the country," Ruane says.