Accessibility links
Will U.S. Follow Withdrawal Deadline In Iraq? Iraq's prime minister says there's no need for a continued U.S. military presence after the end of the year, but top American commanders aren't so sure. They say Iraqis still need help protecting their borders, building up an air force and learning how to operate and maintain equipment. 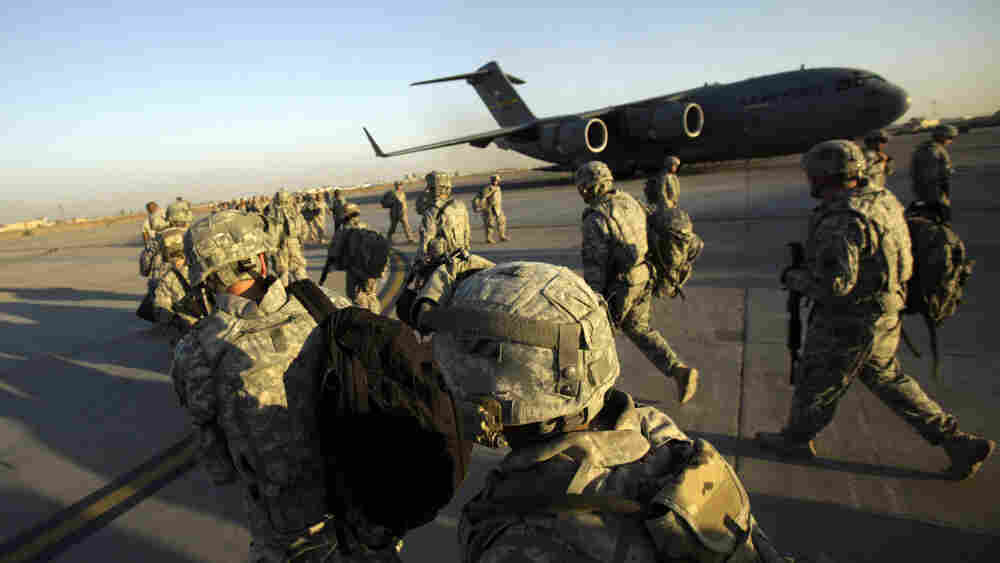 Members of the U.S. Army's 1st Brigade, 3rd Infantry Division, based at Fort Stewart, Ga., walk toward a C-17 aircraft at Sather Air Base in Baghdad on Nov. 30, beginning their journey home after a year in Iraq. Maya Alleruzzo/AP hide caption 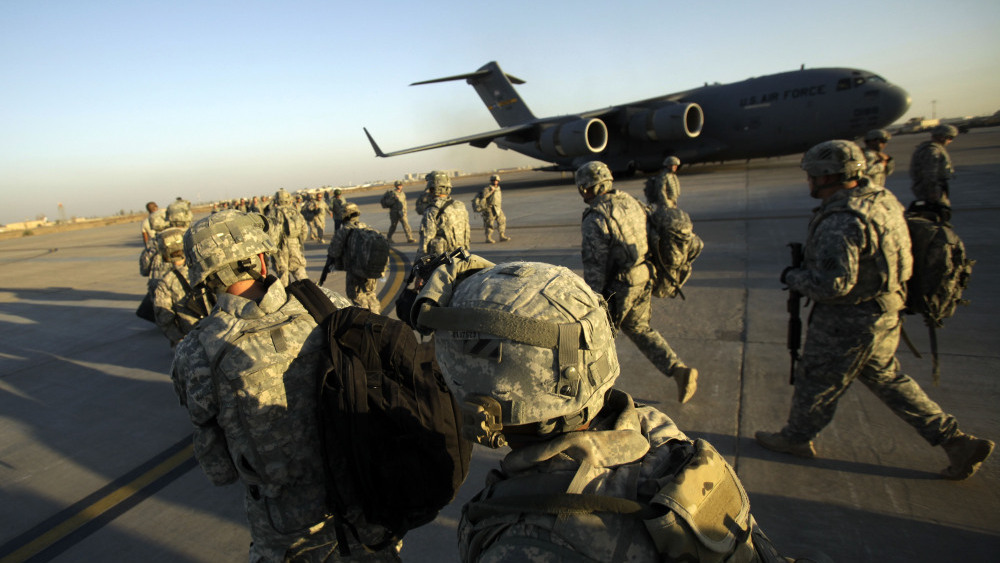 Members of the U.S. Army's 1st Brigade, 3rd Infantry Division, based at Fort Stewart, Ga., walk toward a C-17 aircraft at Sather Air Base in Baghdad on Nov. 30, beginning their journey home after a year in Iraq.

There are still questions about whether some U.S. troops will remain in Iraq beyond the withdrawal deadline set for the end of this year. Iraqi Prime Minister Nouri al-Maliki said in December that there's no need for a continued U.S. troop presence, but top American commanders are not so sure.

Defense Secretary Robert Gates recently told Congress that talks about extending the deadline are ongoing. One congressman suggested there could be 20,000 troops in Iraq next year, down from the roughly 50,000 now. 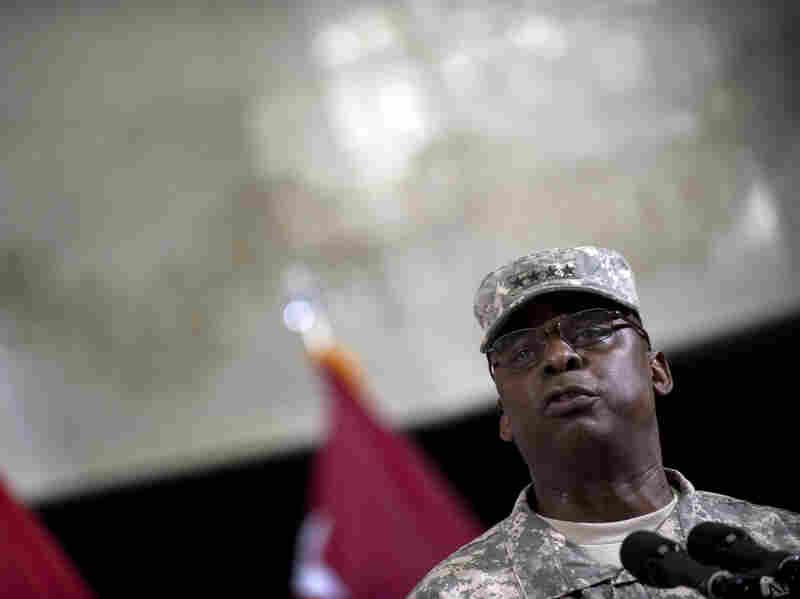 The military says while Iraqis are doing well at internal security, they need more help protecting their borders, building up an air force from almost nothing and learning how to operate and maintain equipment like the U.S.-made M1A1 Abrams tank.

Gen. Lloyd Austin, who commands all U.S. troops in Iraq, recently toured the facility where Iraqis will be training on more than 100 Abrams tanks.

"It's a great tank," he said, "and I think what's really good is that you can hit targets while you're moving."

During a time of what's supposed to be a drawdown of U.S. forces, a representative of the company that builds the tanks says it will cost $8.5 million to build up the base.

This kind of spending puts the U.S. military in a difficult spot, especially in Washington. On one hand, the military has to say Iraq is a success story, that all of that American blood and treasure wasn't for naught. On the other, it has to say there is still work to be done, so lawmakers who are increasingly averse to spending will continue funding military efforts in the country.

If a large contingent of U.S. troops doesn't remain in Iraq, the plan is to shift much responsibility to the U.S. State Department, but that means funding a private army of contractors to do some things that Austin says a regular army does best.

"If you're talking about combined arms training and joint training, then uniformed people probably do better at conducting that type of training," Austin said.

Iraq has to formally ask the U.S. military to stay in order for American troops to do that training. Many analysts believe Iraqi officials will wait until the last minute to do so, mainly because no Iraqi politician wants to be seen as pro-American. But Austin says the Iraqis simply can't wait forever to ask.

"We always need as much time as we can possibly get," he said.

The issue isn't only whether Iraq is ready to go at it alone. It's also about arms sales from the U.S. to Iraq: billions of dollars for tanks and F-16 fighter jets, and building a military-to-military relationship between the two countries.

Analysts say it was this kind of relationship — buying and selling arms, training together, conducting joint exercises over the years — that allowed the U.S. military to help influence the Egyptian military not to use force against its people during the recent uprising. Austin says that kind of relationship would be useful in a place like Iraq, where you never know what's going to happen.

"Being familiar with the leaders in the military certainly gives you someone to be able to establish contact with early on," Austin said. "And certainly those kinds of people can help maintain stability in the long term."