Accessibility links
The Long-Term Effect Of Wisconsin's Union Battles New York Times labor and workplace reporter Steve Greenhouse explains why other states with large budget deficits are now also considering taking on public unions — and how the standoff between organized labor and Republican governors is likely to play out. 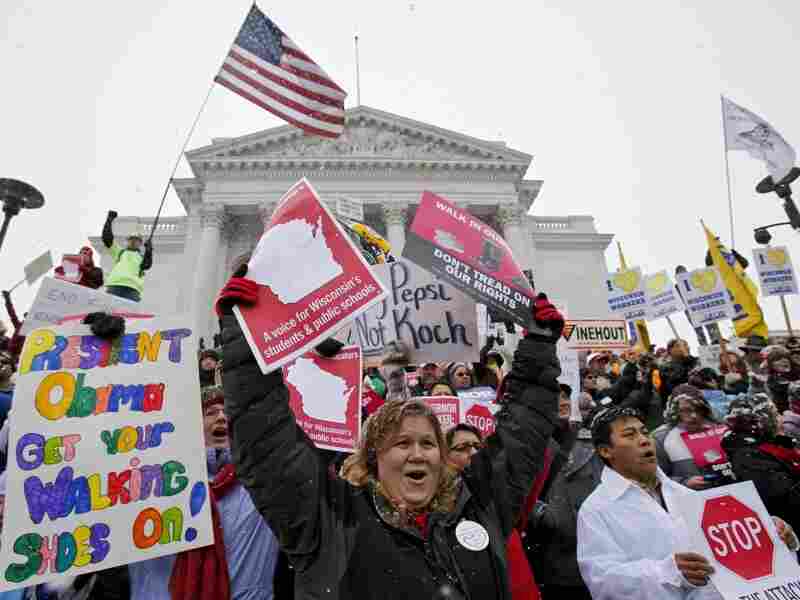 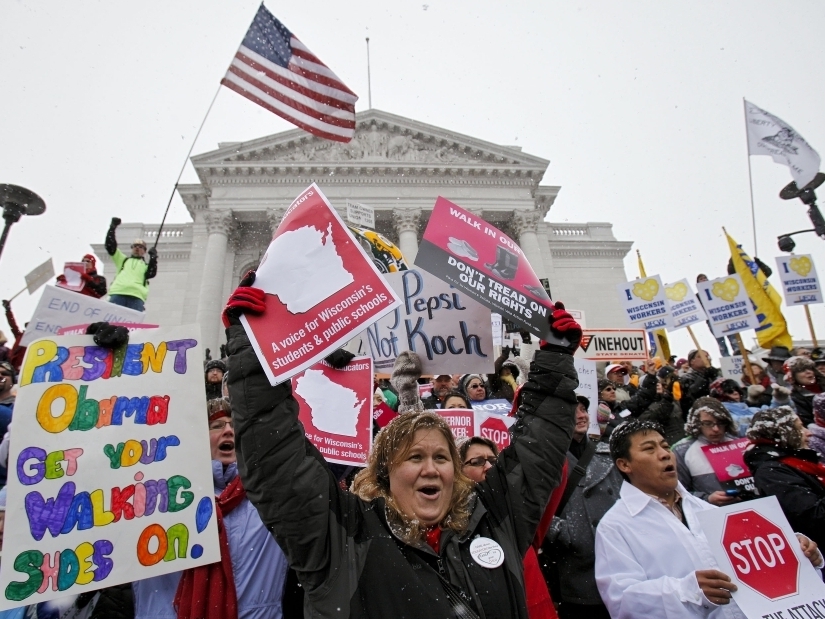 Teacher Kristen Henningfeld, center, of Elk Mound, Wis., protests on the steps of the state Capitol in Madison, Wis., on Feb. 26.

The protests in Wisconsin between union members and mostly Republican state leaders are entering a third week. On Tuesday's Fresh Air, New York Times labor and workplace reporter Steve Greenhouse explains why other states with large budget deficits are also considering taking on public unions — and how the standoff between organized labor and Republican governors is likely to play out.

In Wisconsin, Republican Gov. Scott Walker has called for an increase in health care and pension contributions from state employees and measures that would strip nearly all collective bargaining rights for most state workers. Walker's efforts have stalled so far because 14 Democratic state senators have fled Madison, denying the body the quorum needed to enact Walker's proposals.

Similar proposals have been suggested in Ohio, Arizona and other states, which are watching closely what happens in Wisconsin.

"Out-of-staters on both sides really think this is an important fight. It has huge stakes for Republicans, for Democrats, for conservatives, for liberals, for union people [and] for business," Greenhouse tells Fresh Air's Dave Davies. "I think many people see that if Gov. Walker wins in this fight, it's going to weaken unions big time in Wisconsin and really hurt unions around the country.

"If the unions win in their fight against Gov. Walker, it will embolden unions to really step up the fight in Ohio and Indiana and other states and it will probably discourage governors and mayors in other states from trying to imitate Gov. Walker."

For the Times, Greenhouse has covered the events in Madison and union conflicts elsewhere. He's also the author of the book The Big Squeeze: Tough Times for the American Worker.