Accessibility links
First Listen: Adele, '21' On her second album, the stories the 22-year-old British singer tells are average, familiar, normal. But the voice she uses to tell them feels like a force of nature — brawny, syrupy and flashy at the same time. Hear 21 in its entirety until its release on Feb. 22. 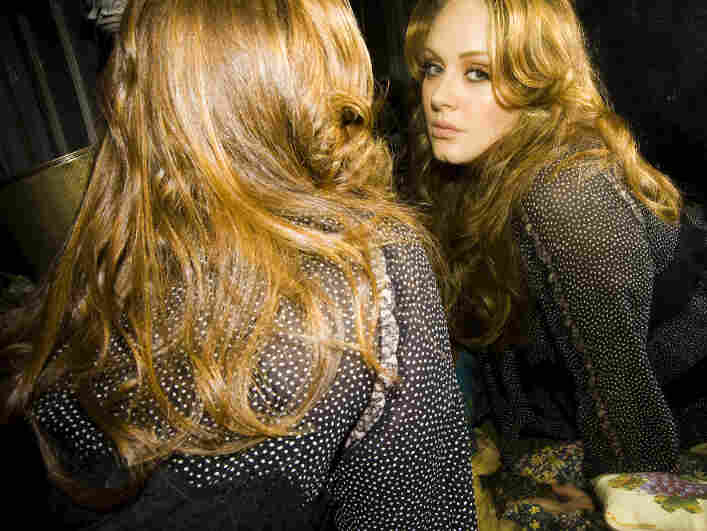 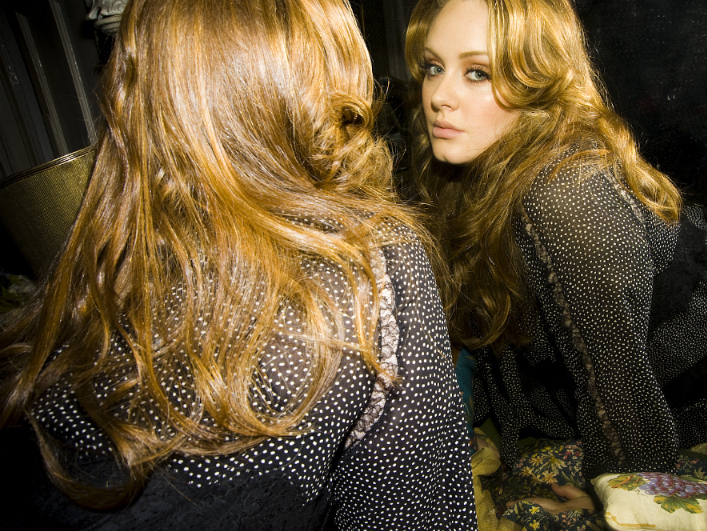 Adele is a 22-year-old woman from London whose voice sounds as if it's being yanked out of her chest through the throat of someone much older; someone shouldering more painful stories and a far larger chest cavity. She says that both of her albums — 2008's 19, for which she won Best New Artist at the Grammys, and this one, 21 — are about boys, two different ones. The stories she tells about them are average, familiar, normal. The voice she uses to tell them is a force of nature. It's brawny, syrupy and flashy at the same time.

What she says on record about these boys, and about what it's been like to break up with them, isn't any different from what many other singers and songwriters have said about other boys. But I believe what she's singing. In her songs, Adele says she's heartbroken, trying to convince someone to stay or at least miss her after he's left. She often sounds like she's trying to convince herself that she'll be all right. Most of the time, she sounds like a real, regular person sorting things out.

She sounds like a real person because her voice couldn't have been concocted in a studio. She's one of those singers whose voice is so intrinsic and fluorescent that you can hear the difference between her and regular people while she's making small talk between songs. Her laugh is so hefty and unsettling that you know there's something in her lungs that isn't like something in your lungs.

She's technically sound, and her ability to go big without dropping personality — to take it to the house when a song calls for it — recalls Kelly Clarkson in "Since U Been Gone." On 21, she dips into melisma only so often, enough to keep the sound from drying out. But she's aiming for straight-ahead torchy with a country flavor. That separates her from other young white soul singers of the past 10 years — Amy Winehouse, yes, but also Nikka Costa, Anastasia and Duffy. She's not going for the funk. I can hear her allegiance to Etta James over Ronnie Spector, Beyonce over Robyn.

The songs on 21 don't offer up much specific detail of the heartache Adele says she's suffering, or even outline the person she's battling. Her lyrics don't always reflect a hard-won wisdom or tell stories about a truth that's tough to swallow. But she does lay her cards on the table; that voice is the truth, and she is putting it to work. I do think she should sing better songs, and I think she should be matched with, or at least put up against, other singers whose voices are preternatural — the label she shares with Bruce Springsteen could make it happen. God forbid she gets her heart broken again, but as much of a surefire hit as this album is — it hit No. 1 in the U.K. its first week and will be out in the U.S. on Feb. 22 — I think the next one, the one where she gets really mad at the boy, will knock us out.