Accessibility links
Military Sensors Catch The Scent Of IEDs In Afghanistan, the U.S. military is using a new tactic against IEDs: sensor pods attached to aircraft that pick up traces of the bombs' chemicals. "It's not unlike a woman passing through and being able to detect the scent of her perfume," says Lt. Gen. Michael Oates. 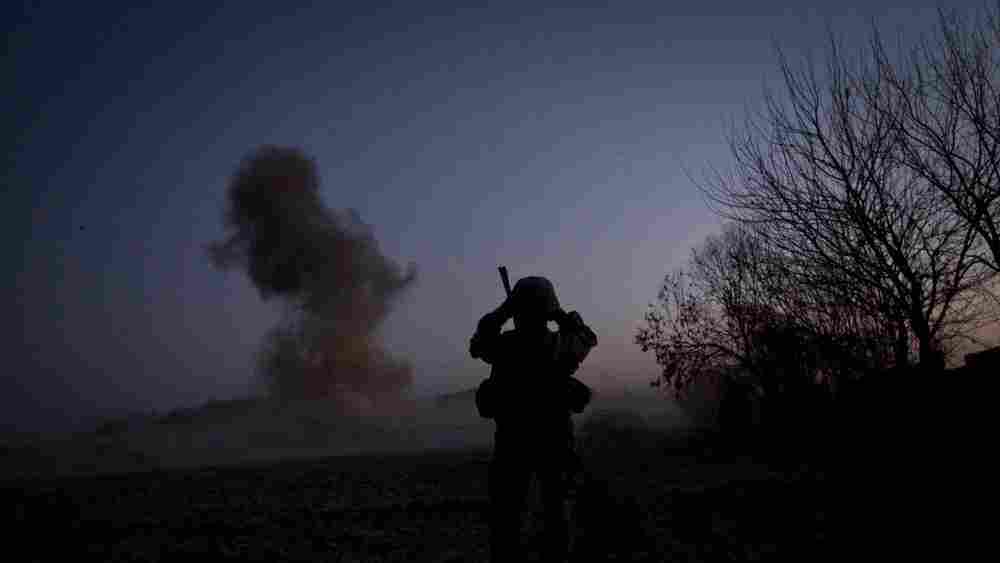 Then the insurgents make their move, coming up with new ways to conceal them.

American military officials have spent billions of dollars trying to solve the problem of roadside bombs. They have come up with electronic jammers to block the signal that sets the bombs off. They use dogs to sniff out the bombs' components.

The Pentagon has even set up a special office to deal with the IED problem. Lt. Gen. Michael Oates, who heads the office, says they have come up with a new, more futuristic tool: a sensor pod attached to American aircraft.

On The Ground: The IED Fight

In 2009, NPR's Tom Bowman went on patrol with Marines in Afghanistan's Helmand province as they searched for IEDs.

On The Hunt For Roadside Bombs In Afghanistan

Aircraft with the sensors have been circling above the Afghanistan battlefield for the past year. The sensors pick up traces of the bombs' chemicals, like potassium chlorate and ammonium nitrate.

"There's trace elements; there's a range of things. It's not unlike a woman passing through and being able to detect the scent of her perfume, or maybe she touched your hand and left something behind that is discernible," he says. "There are all kinds of ways you can detect trace activity."

The homemade explosive has always been the weapon of choice in Afghanistan.

In Iraq, insurgents often used artillery shells that were easier to find — by using metal detectors. But in Afghanistan, homemade explosives are often buried in plastic jugs and can't be spotted with the detectors.

"We found dozens of homemade explosive caches," Oates says. "Probably a hundred — maybe less — lives have been saved as a result of taking this material off the market."

The top commander in Afghanistan, Gen. David Petraeus, has asked for more of these sensors.

Peter Singer, a defense analyst with the Brookings Institution who has written about roadside bombs, says the effect of the sensors has been "significant, but I wouldn't use 'game-changer' yet to describe it — simply because, you know, war is action then reaction. And they'll react to this most likely the same."

Singer says Afghan insurgents are already reacting by planting even more roadside bombs. In 2010, 268 Americans were killed by IEDs in Afghanistan — a number that almost exceeds those killed in the previous three years.

"And that's on top of more than 3,000 soldiers that were injured, so the IED has been the insurgents' sort of primary weapon against us," Singer says.

A Problem No Gadget Can Solve?

The percentage of Americans killed in IED attacks has actually dropped in the past several months, he says. More Taliban bombs are being found and destroyed by the Americans.

But at the same time, Oates says, there are more American troops on the ground, and they're finding themselves in more danger. They're fanning out to protect villages, often on foot patrols because their armored vehicles can't handle the narrow dirt roads.

"They're able to interact with the population, but they place themselves at greater risk when one of these detonates," he says. "And that's why we've seen a rise in wounded, particularly amputations."

Oates says only when the Afghan population decides to turn against the Taliban will there be significant success against roadside bombs. It won't be because of a new American gadget.