Accessibility links
The Root: Black Brits Shut Out Of Top Universities According to a report published last year, black students in the UK performed better on national exams than was expected of them — yet very few Britons of African or Caribbean origin can be found at Oxford and Cambridge. Huw Evans of The Root analyzes the report's implications, and says that a sharp increase in tuition fees could make it even less likely for black students to attend British universities.

The Root: Black Brits Shut Out Of Top Universities

The Root: Black Brits Shut Out Of Top Universities 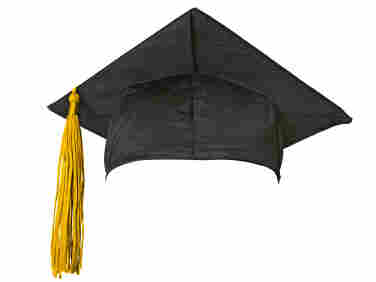 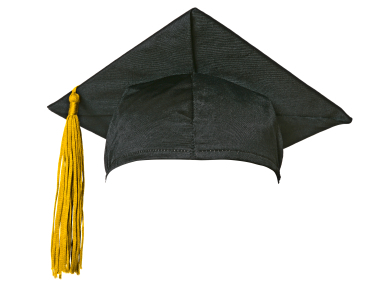 Statistics show that few black Brits attend high-end universities in the U.K., and a report published last year suggests that expectations of black students in British schools are low.

Huw Evans is a freelance writer and journalist based in Glasgow, Scotland.

England's university system has an enviable reputation, unless you are black. Even though the number of black students at English universities has tripled over the last 12 years, such students are at a disadvantage in comparison with white students at every stage of their higher education.

Black children are being graded below their performance by teachers who are unconsciously stereotyping them. A report co-authored by Simon Burgess, a professor of economics at the University of Bristol, ​has shown that black students performed better in Sats, the national exams that are marked remotely, than would be expected from assessments made by their teachers in the classroom.

The report's findings suggest that low expectations by both teachers and pupils are damaging children's prospects. Some teachers require training in order to stop seeing black students through the damaging lens of stereotype, consciously or unconsciously assuming that "all black children are great at sports" and less able in "English, math and science."​ The report concludes that when some black pupils have a teacher who they feel does not understand or appreciate them, the students do not try as hard, thus suffering from the double whammy of being more harshly assessed by the teacher and not trying to do their best.

Gaining entry to a top university is another major issue. The top 20 British universities — which include Oxford, Cambridge, Imperial College and St. Andrews in Scotland — are collectively known as Russell Group universities. They are the British equivalent of the U.S. Ivy League.​ However, there are more black students studying at London's Metropolitan University than at all 20 universities in the Russell Group combined.

Metropolitan University, which is ranked 115th in Great Britain by the Complete University Guide, is not a member of the Russell Group. This ranking is significant because it takes into account such criteria as the degree-completion rate and the average amount each university spends per student. Metropolitan University suffers a 33 percent drop-out rate and a spend rate per student that is approximately half that of the Russell Group.

And yet the situation for blacks at Oxford and Cambridge is actually worse — because there are so few of them there. Both universities (unlike most in the U.K.) are subdivided into a number of largely autonomous colleges that may operate their own admission policies. Twenty colleges at Oxford and Cambridge made ​no offer to a black undergraduate candidate last year, and one Oxford college has not admitted a single black student in five years.​ Of Cambridge's 1,500 academic and lab staff members, none are black.

The U.K.'s new Conservative government has raised the limit for university fees, and both Oxford and Cambridge want to charge the new maximum of £9,000 ($14,500) a year — three times the previous limit. But if these universities do, they may be pressed by politicians to set targets for giving applicants from disadvantaged backgrounds greater access. Even though a fee of £9,000 may seem low in comparison with those in the U.S., the average income after taxes for a U.K. family of four is just under £24,000 ($39,000).

Both Oxford and Cambridge would have a long, hard road in front of them in trying to meet such targets, since 30 percent of their colleges made no offers to black students for entry in 2009. Harvard's figure of 8.9 percent African-American students looks good by contrast.

The paucity of blacks at top British universities also affects opportunities in corporate management and business. Sandra Kerr, national director of the Race for Opportunity campaign, says, "Only if more [students] from ethnic-minority backgrounds study at Oxford, Cambridge and other high-achieving universities are we likely to see a breakthrough in the progression of ethnic minorities into senior management in [the U.K.]."

One such student is Edwin Broni-Mensah, who recently completed a Ph.D. in mathematics at Manchester University and has been named Britain's top black student for his business idea of selling water bottles that can be refilled for free at businesses in the Manchester area. His company donates 70 percent of the profits from the sale of the bottles to projects in drought-hit regions of Africa.

However, as uplifting as Broni-Mensah's story may be, only 16 percent of black-Caribbean young men go to university in the U.K. For Britain to have its own Barack Obama, its secondary schools and universities need to do more to raise the aspirations of its black youths, boys and girls. Once both sexes have access to a high-quality British university education, they can start on a path to leading their communities and, one day, their country.