'Uncle Boonmee': A Quiet Journey Through Past Lives

'Uncle Boonmee': A Quiet Journey Through Past Lives 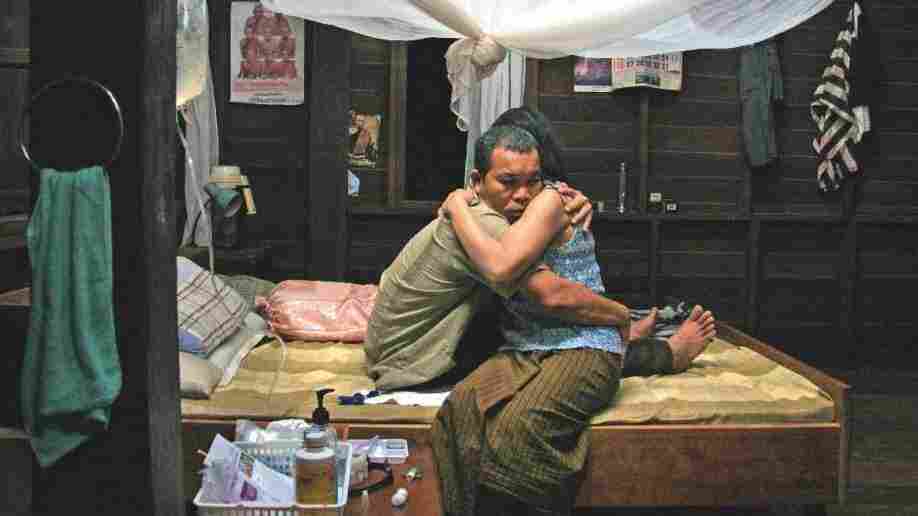 Till Death Do Us Part? On his deathbed, Boonmee (Thanapat Saisaymar) is visited by his long-dead wife Huay (Natthakarn Aphaiwonk), who aids him in his journey through past lives and the end of his latest. Strand Releasing hide caption

Uncle Boonmee Who Can Recall His Past Lives

You don't have to believe in the transmigration of souls to fall languorously in love with the Thai film that won the Palme d'Or at last year's Cannes Film Festival. But it helps if you come to Uncle Boonmee Who Can Recall His Past Lives ready for new rhythms of time and narrative flow, and open to a fresh reading of what's real and what movies are for.

In return you'll be treated to just under two hours of quiet enchantment — and a study in how to die gracefully while surrounded by red-eyed men in gorilla suits that wouldn't look out of place on a Hollywood Boulevard King Kong impersonator.

Director Apichatpong Weerasethakul, who's known in the West for his equally beautiful gay fantasy Tropical Malady and the elliptical Syndromes and a Century, took the idea for his new film from a book written by an abbot about an elderly visitor to his monastery in northeastern Thailand.

There's personal history here too: Like the director's father, Uncle Boonmee (played by a roof welder named Thanapat Saisaymar) is dying of kidney failure. His sister-in-law (Jenjira Pongpas) has come to care for him. And no one is more than mildly surprised when Boonmee's dead wife (Natthakarn Aphaiwonk) materializes to help out, followed by his long-dead son (Geerasak Kulhong) in a nonhuman form you'll get a kick out of.

In what passes for story, Boonmee is beautifully, if not always respectfully, squired to his end by these characters, and as his body weakens, he is flooded with memories of his past incarnations as a buffalo, a cow and quite possibly a bug or two.

About those red-eyed guys in monkey suits: They're ghosts, but the kind who come in handy on a journey through a jungle to a far-off cave with a strong resemblance to a womb. Uncle Boonmee's goofy surreal style is shaped by Thai horror movies and the comic books Weerasethakul grew up on. There's a simian princess who longs to be beautiful and is consoled by an unusual sexual encounter with a catfish, and a hunky young monk with a cell phone whose idea of fun is dinner at the 7-Eleven. The threatening politics of militarized Thai nationalism discreetly pokes its head in, and leaves. 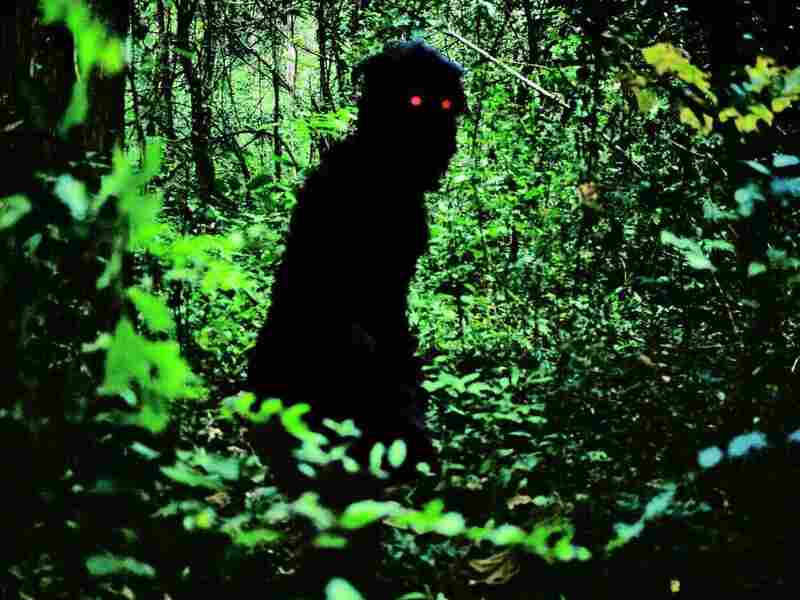 Aided by shadowy, red-eyed creatures like this one, Boonmee treks through the jungle with his family to find the hilltop cave where his first life began. Strand Releasing hide caption 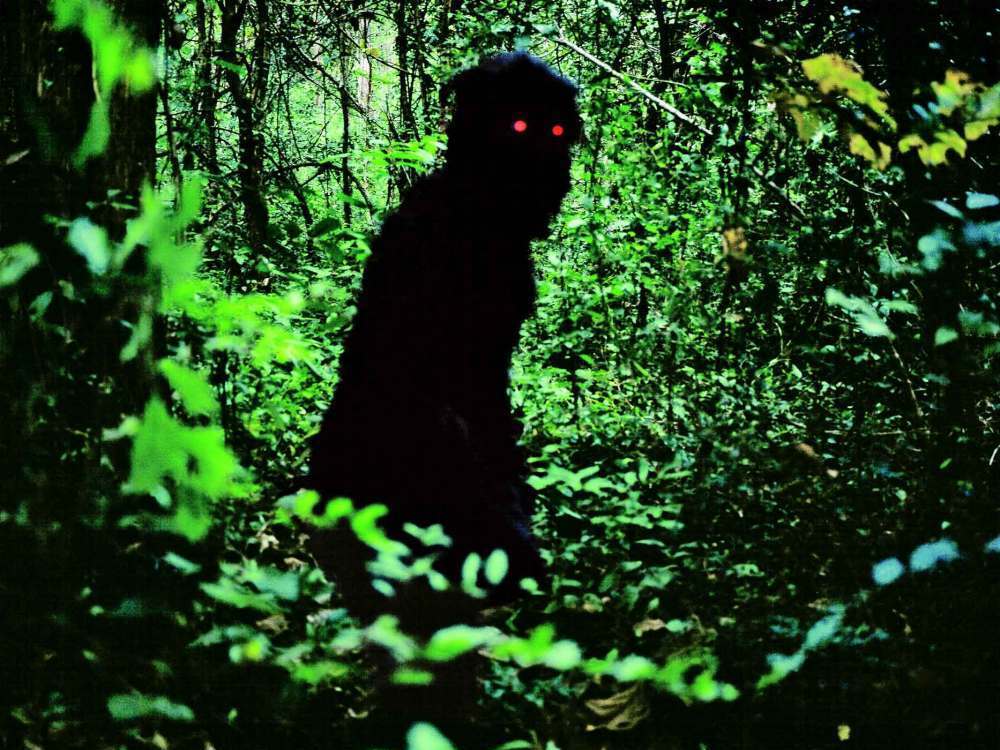 Aided by shadowy, red-eyed creatures like this one, Boonmee treks through the jungle with his family to find the hilltop cave where his first life began.

Yet there's none of the hectically pop-referential mania typical of the new wave of young pan-Asian cinema. Weerasethakul is only 40, but all of his films are contemplative in the manner of classical Asian filmmakers like Hou Hsiao Hsien.

Weerasethakul's loving embrace of domesticity and lush nature is unhurriedly ecstatic — you really want to be in that rustling tall grass, or in that mildly untidy, lived-in room watching TV. The minimalist soundtrack brings us the dull roar of impending mortality, and the dead know things in a very practical way. "Heaven is overrated, there's nothing there," Boonmee's wife tells him dryly. She understands what matters in life — people, in a word — but she also knows when it's time to pull the plug.

Weerasethakul gives no quarter to giddy Western notions about Eastern serenity and rebirth — Uncle Boonmee is as anxious and afraid as the next man meeting his end — and the director is not asking us to decode metaphors or distill meaning. He wants us to experience the thrilling unity of our inner and outer lives, the casual commingling of the worldly and the spiritual, the imagination meeting the world as it is.