Accessibility links
'Guantanamo North': Inside Secretive U.S. Prisons Reports about what life is like inside the military prison for terrorism suspects at Guantanamo Bay are not uncommon. But very little is reported about two units for convicted terrorists and other inmates who get 24-hour surveillance, right here in the U.S.

Reports about what life is like inside the military prison for terrorism suspects at Guantanamo Bay are not uncommon. But very little is reported about two secretive units for convicted terrorists and other inmates who get 24-hour surveillance, right here in the U.S.

Population Inside The CMUs

For the first time, an NPR investigation has identified 86 of the more than 100 men who have lived in the special units that some people are calling "Guantanamo North." The Communications Management Units in Terre Haute, Ind., and Marion, Ill., are mostly filled with Muslims. About two-thirds of the inmates identified by NPR are U.S. citizens.

Civil rights groups have filed lawsuits that accuse the U.S. facilities of some of the same due process complaints raised by people at the island prison.

Who Belongs In The Prison Units?

Avon Twitty, 56, knows a lot about these Communications Management Units, or CMUs. He spent three years in one. These days, he lives in a house with chipped white paint, next to a highway in Washington, D.C.

This is the first time he has talked about his experience. 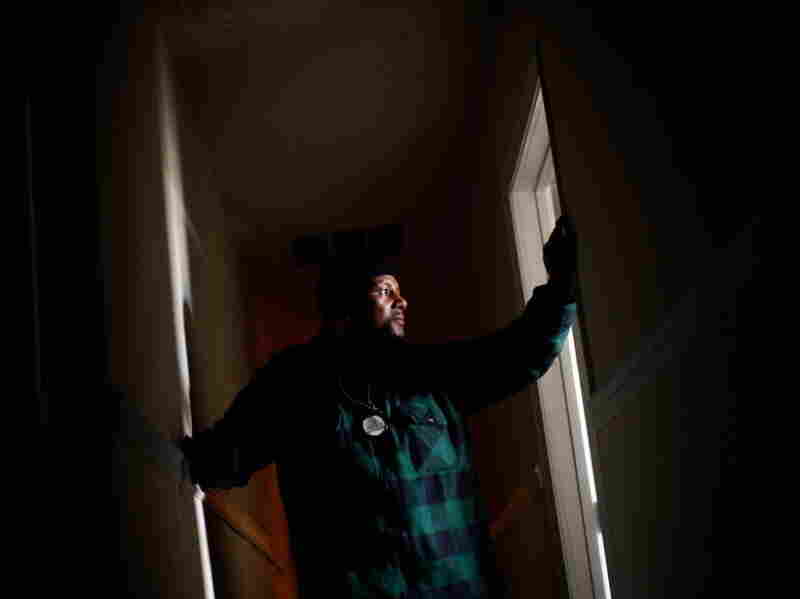 Avon Twitty spent several years in the Communications Management Unit in Terre Haute, Ind. He was recently released and is part of a lawsuit challenging the legality of the special prison units. David Gilkey/NPR hide caption 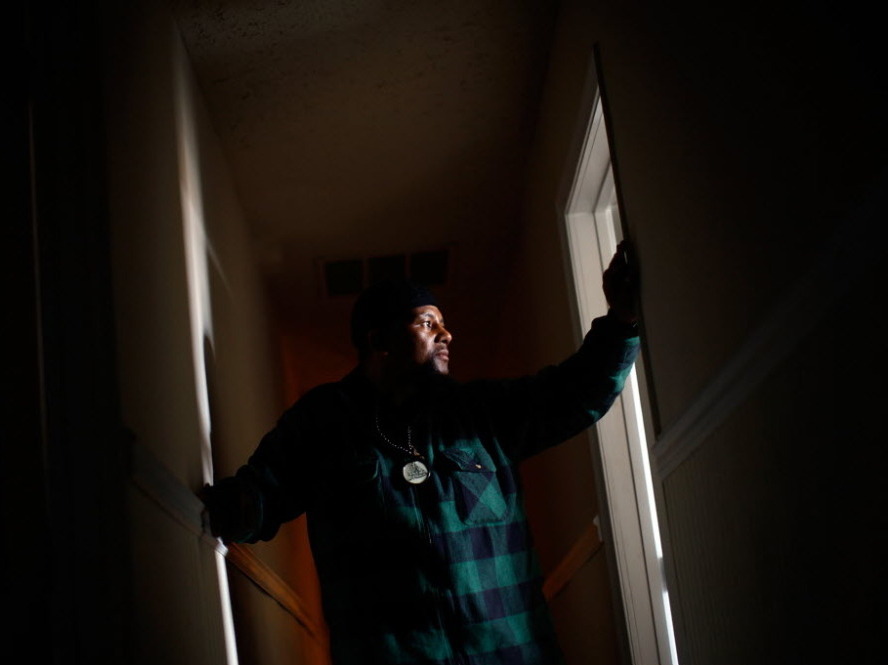 Avon Twitty spent several years in the Communications Management Unit in Terre Haute, Ind. He was recently released and is part of a lawsuit challenging the legality of the special prison units.

Twitty spent 27 years in prison for shooting a man dead after a neighborhood argument in the 1980s. Years before that, he converted to Islam. He has never been convicted of a terrorist offense.

But prison officials sent him to one of the special units in Terre Haute to finish out the remaining few years of his sentence. Twitty says he never found out why. He has a piece of paper saying he allegedly took part in "radicalizing" people, but the transfer document doesn't explain who, or why. Twitty reads from one of the many letters he wrote to prison leaders, asking for answers.

"So my question was, what government agency labeled me a terrorist?" Twitty asks. "... What terrorist offense did I commit against the American government or any American citizen? What evidence demonstrated my guilt? Why was I not afforded my constitutional right to a due process hearing?"

Inside The Special Units

Prison officials opened the first CMU with no public notice four years ago, something inmates say they had no right to do under the federal law known as the Administrative Procedures Act. 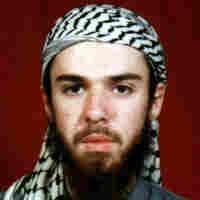 John Walker Lindh was captured in Afghanistan in 2002 after fighting with the Taliban. File Photo/AP hide caption

The special unit in Terre Haute contains 50 cells housing some of the people the U.S. describes as the country's biggest security threats, including John Walker Lindh.

He was picked up on the battlefield in Afghanistan, after fighting on the side of the Taliban. Prison officials have never released the names of inmates in Terre Haute or in a companion unit in Marion. But an NPR investigation found out who some of them are.

The units' population has included men convicted in well-known post-Sept. 11 cases, as well as defendants from the 1993 World Trade Center bombing, the 1999 "millennium" plot to bomb the Los Angeles airport, and hijacking cases in 1976, 1985 and 1996.

Also under surveillance in the CMUs are men who have threatened officials from behind bars, ordered murders using contraband cell phones, or engaged in other communications that officials want to monitor.

Some of the prisoners inside the Communications Management Units that NPR identified include those from high-profile terrorism cases. Here are several reports on those cases:

The population also includes several black Muslims who have been disciplined for alleged radicalization and recruitment while incarcerated for other crimes.

When the Terre Haute unit opened in December 2006, 15 of the first 17 inmates were Muslim. In August 2008, 38 prisoners signed up for Ramadan observances.

As word got out that the special units were disproportionately Muslim, civil rights lawyers say, the Bureau of Prisons started moving in non-Muslims.

The group included tax resisters, a member of the Japanese Red Army and inmates from Colombia and Mexico. Inmates say the guards there called them "balancers."

The Bureau of Prisons says a total of 71 men now live in the units.

Alexis Agathocleous, a lawyer at the Center for Constitutional Rights, has a hunch about how the population came to be.

"We were concerned about what appears to be racial profiling and also a pattern of designations to the CMUs of people who have spoken out at other prison units and advocated for their rights and have taken leadership positions in religious communities in those other prisons," he says. 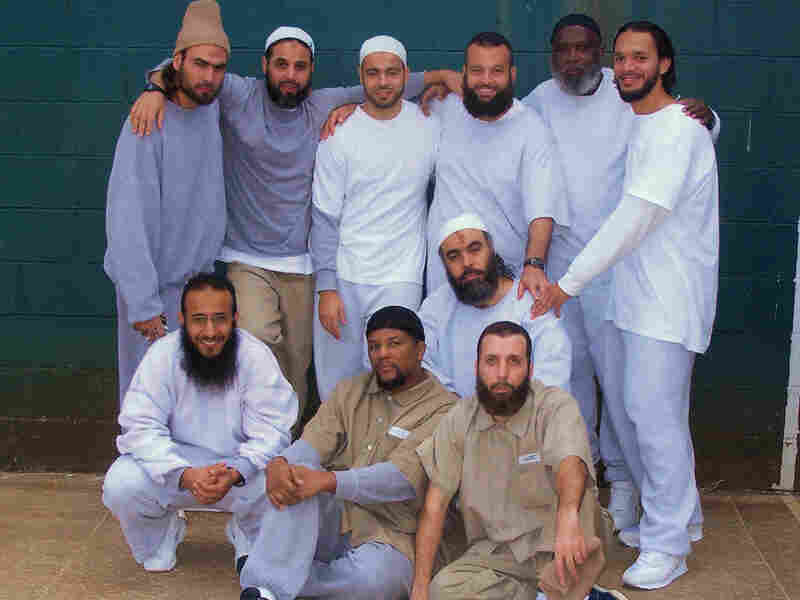 This photo of inmates from the Communications Management Unit in Terre Haute was taken in 2007. Among those pictured are (left to right, bottom row) Ibrahim al-Hamdi, Avon Twitty, Enaam Arnaout. Courtesy of Avon Twitty hide caption 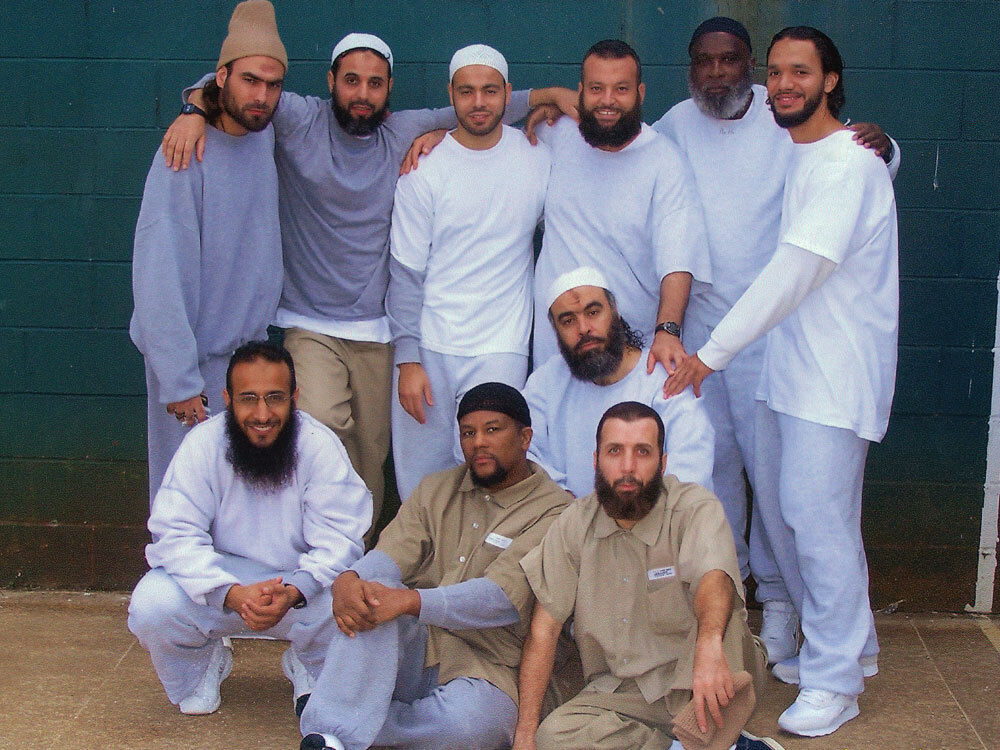 This photo of inmates from the Communications Management Unit in Terre Haute was taken in 2007. Among those pictured are (left to right, bottom row) Ibrahim al-Hamdi, Avon Twitty, Enaam Arnaout. 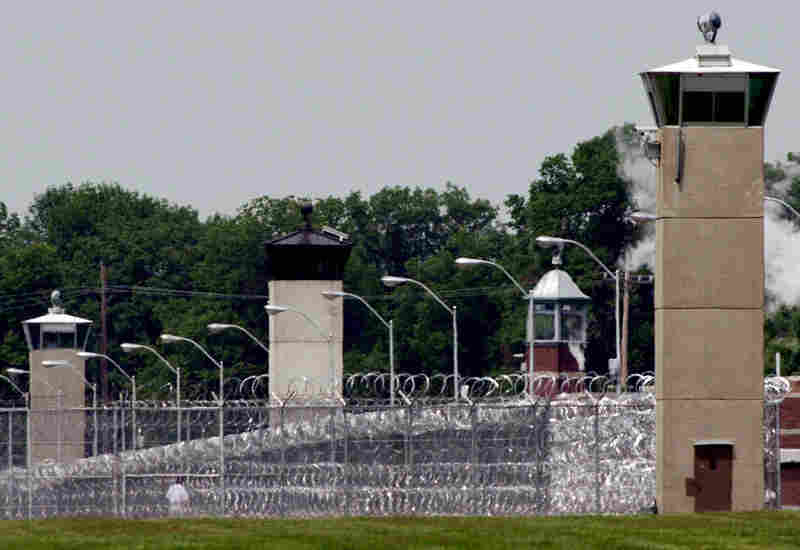 The federal prison facility in Terre Haute, Ind., is home to one of the communications management units. M. Spencer Green/AP hide caption

They are segregated from other prisoners because officials worry that they could recruit other inmates for terrorism or direct people in the outside world to commit crimes.

American University law professor Stephen Vladeck reviewed NPR's findings. He says he has some questions about the secrecy surrounding the units and whether the prison is sending the right people there.

"I think the real question is, what are the constraints and how are we sure that the right people are being placed in these units and not the wrong ones?" Vladeck says.

"Mixing prisoners from different backgrounds who actually don't necessarily live up to those criteria I think is troubling," Vladeck adds, because it means some inmates might not belong there, and others who do belong may not be getting the attention they deserve.

NPR found two reports, marked "law enforcement sensitive," from 2009. In them, intelligence analysts for the Bureau of Prisons describe religious tension among different Muslim groups in the special units, including at least one violent episode involving a man described as an enforcer.

In those units, people convicted of international terrorism mingle with more conventional criminals. So Omar Mohammed Ali Rezaq, who hijacked an EgyptAir flight with other members of a Palestinian terrorist group in 1985, lives in the CMU along with Muslims who were convicted in U.S. government sting operations but who didn't have the resources to carry out a plot on their own.

Guards and cameras watch the CMU inmates' every move. Every word they speak is picked up by a counterterrorism team that eavesdrops from West Virginia. Prison officials budgeted more than $14 million for the snooping operation last year, according to appropriations documents and congressional testimony.

TIMELINE: The History Of The CMUs

Restrictions on visiting time and phone calls in the special units are tougher than in most maximum security prisons. Inmates who lived in the CMUs and their spouses talked to NPR about them for the first time.

Hedaya Jayyousi's husband, Kifah, served in the U.S. Navy. He also taught engineering. Then he was convicted of supporting groups in Bosnia and Chechnya that the U.S. government says are tied to terrorism. Kifah Jayyousi has lived in both CMUs.

Mrs. Jayyousi now looks after their five children. Unlike most other prison inmates, the people in the CMUs are not allowed so-called contact visits, where they can touch their families. They get fewer hours of visiting time and fewer phone privileges, too.

"What happens is we really get very stressful because the way the visit [is] set," Hedaya Jayyousi says, "we need to hold the phone in our hands, very thick glasses. You can't hear him. [The girls] can't touch him."

A History Of Lawsuits

For the past year, Twitty and other inmates have been suing the Federal Bureau of Prisons. They say the special units were set up outside the law and raise serious due process issues. Unlike prisoners who are convicted of serious crimes and sent to a federal supermax facility, CMU inmates have no way to review the evidence that sent them there or to challenge that evidence to get out.

Twitty says he actually spent months longer in prison than he had to because of his designation to the special CMU unit. The halfway house in Washington wouldn't accept him for several months. 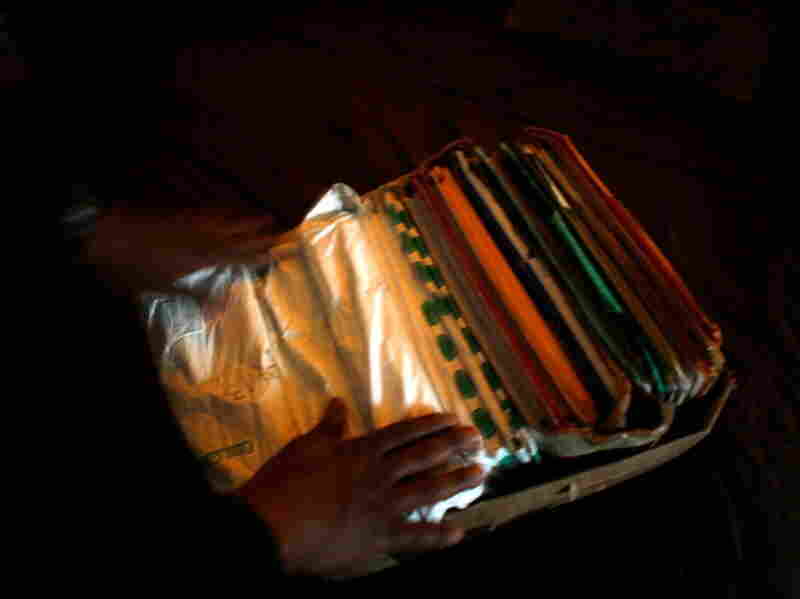 Avon Twitty's file folders contain his paper trail of grievances over the years while inside the Communications Management Unit at Terre Haute. David Gilkey/NPR hide caption 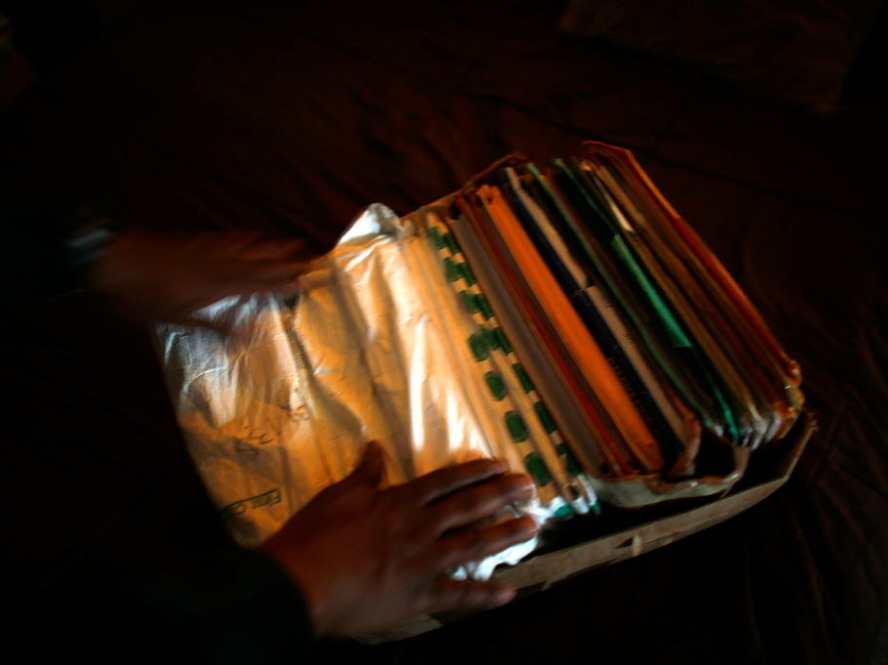 Avon Twitty's file folders contain his paper trail of grievances over the years while inside the Communications Management Unit at Terre Haute.

A federal judge in Washington, D.C., is considering whether to let the prisoners go forward with the lawsuit.

Agathocleous, from the Center for Constitutional Rights, is representing the CMU inmates in their ongoing civil rights case (Aref, et al. v. Holder, et al.). He says he's noticed something about his clients:

Harley Lappin, who leads the Bureau of Prisons, described the special units to Congress in 2009.

"You've got a second tier where we don't have to have them as restricted, but we want to control their communications," Lappin told members of the U.S. House of Representatives. "They are housed in Communications Management Units where we can target, again, communication, both written and verbal, and oversee visits more adequately than in our general population facilities."

The unit at Terre Haute includes open cells, an outdoor basketball court and a dining room with checkerboards painted on some of the tables, according to Ken Falk, a lawyer at the American Civil Liberties Union in Indiana. He is one of the few people to see inside the unit at Terre Haute and is representing several inmates in a lawsuit (Arnaout et al. v. Warden) that alleges that the Communications Management Unit violates their religious rights.

He says Muslim inmates are allowed to do all kinds of things together, except pray. That, he says, is breaking a law known as the Religious Freedom Restoration Act. The law requires the federal government to follow the least burdensome approach when it comes to peoples' religious faith and practice.

Ed Ross, a spokesman for the Bureau of Prisons, didn't want to comment on the court cases. He says the special units help make sure inmates are monitored at all times. The units are designed for people convicted of terrorism, prisoners who have dealt drugs or tried to recruit or radicalize others behind bars; and prisoners who have abused their communications privileges by harassing victims, judges and prosecutors, Ross says.

Terrorism experts say all those restrictions in the special units might minimize radicalization inside U.S. prisons. The Justice Department inspector general and some members of Congress say that has been a big problem in the past.