Accessibility links
Honest Abe Reminds Us Of The Power Of Words It's no secret that today's political parties are deeply and bitterly divided over a range of issues. Biographer and historian Ron White reflects on Abraham Lincoln's First Inaugural Address, delivered 150 years ago Friday (to an even more deeply divided nation), and how it can help us think about American unity.

Honest Abe Reminds Us Of The Power Of Words

Honest Abe Reminds Us Of The Power Of Words

At a moment of impending civil war in America, our most eloquent president spoke to the nation.

It is an address that has sometimes been overlooked alongside its more well-known cousins, the Gettysburg and the Second Inaugural. But the president, with less than one year of formal education, offered timeless words that can help us as we seek to define the meaning of America for our day.

When Lincoln arrived in Washington on Feb. 23, he invited William Seward — formerly his chief rival for the Republican nomination for president but then his colleague as secretary of state — to read his draft and make suggestions. To Lincoln's surprise, Seward responded with a seven-page letter containing 49 suggestions, including an instruction to forget the final paragraph and choose one of two new paragraphs Seward supplied.

Lincoln was elected with less than 40 percent of the popular vote. As he prepared to speak from the east front of the Capitol, seven Southern states had already seceded from the Union. As the crowd began arriving, cavalry patrolled all of the major intersections, and Army sharpshooters were stationed on the tops of buildings along Pennsylvania Avenue to guard against Confederate sympathizers still in the capital. What would Lincoln say to this deeply divided nation?

Lincoln finally read his speech on March 4, 1861, delivering it in his high tenor voice with a Kentucky accent. He did choose to use one of Seward's paragraphs, but he revised his secretary of state's words. Lincoln is the best example I know of what I tell students: There is no such thing as good writing; there is only good rewriting.

Barack Obama, speaking at Grant Park in Chicago in November 2008, on the evening he was elected president, chose to quote from Lincoln's First Inaugural Address. Obama would not have quoted Seward, who had written, "We are not, we must not be, aliens or enemies but fellow countrymen and brethren."

Rather, Obama quoted Lincoln, who wrote, "We are not enemies, but friends. We must not be enemies."

Do you hear it?

Lincoln pared away superfluous words. His affirmation, compared to Seward's, is simpler and therefore stronger.

It is Lincoln's final sentence that has found its place as American scripture: "The mystic chords of memory, stretching from every battlefield and patriot grave, to every heart and hearth-stone, all over this broad land, will yet swell the chorus of the Union, when again touched, as surely they will be, by the better angels of our nature." 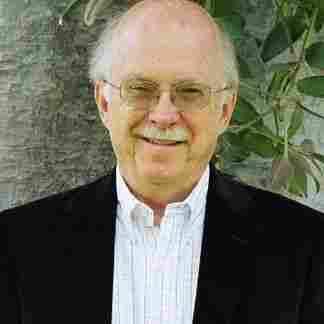 Seward had written, "the guardian angel of the nation" — impersonal. But Lincoln invoked "the better angels of our nature" — deeply personal.

In challenging times, there will always be politicians who invoke images of fear and distrust. We need to hear today Abraham Lincoln, who appealed to the best instincts of the human spirit as the better way to navigate through the storm of civil war that lay ahead. In the conclusion of this majestic address, he invoked symbolic images to forge a rhetoric of unity.

There is a modern shibboleth: "It's only words." We have become cynical about the value of words today. Lincoln speaks across the years: Words matter.

In the difficult days ahead, we need to hear his appeal to "the better angels of our nature" as the better way to redefine American unity in our time.