Accessibility links
Tom Waits: A Raspy Voice Heads To The Hall Of Fame On March 14, Tom Waits will be inducted into the Rock and Roll Hall of Fame. Fresh Air honors the gritty vocalist with highlights from a 2002 interview, in which he discussed his musical influences and his longtime collaboration with his wife, Kathleen Brennan. 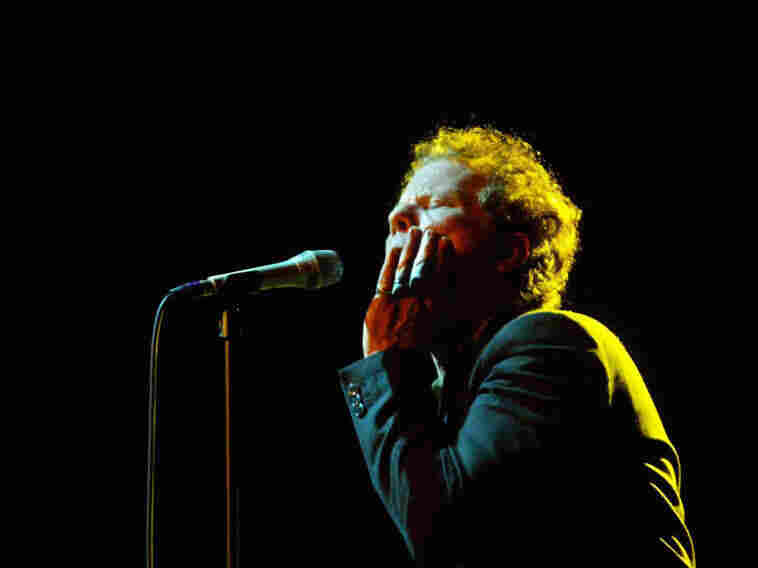 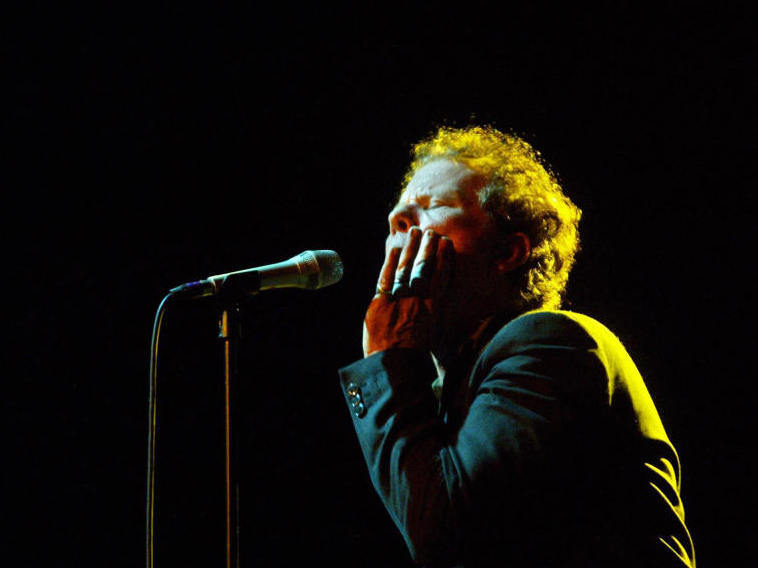 This interview was originally broadcast on May 21, 2002.

The New York Times once described Tom Waits as "the poet of outcasts." There's always been an element of mystery surrounding his life.

The people he sings about are usually loners, losers, hobos, outlaws and drunks. The darkness of his lyrics is accentuated by the rumble and rasp of his voice, which sounded old even when he was young.

Since the 1973 release of his first album, Closing Time, Waits has won fans over with his original songwriting and distinctively gravelly vocal style. On March 14, he'll be inducted into the Rock and Roll Hall of Fame, alongside Neil Diamond, Alice Cooper, Dr. John and Darlene Love, in a ceremony that will include presentations by Neil Young, Paul Simon, Bette Midler, Rob Zombie and John Legend.

In 2002, Waits joined Fresh Air's Terry Gross for a discussion about his career and his albums Alice and Blood Money. The albums were written and produced by Waits and his wife and longtime collaborator, Kathleen Brennan. Waits said he enjoys working with his wife because he trusts her opinion completely.

"I can run a thing by her and she says, 'Oh, that's a lot of hogwash. You've been doing that for years,' " he said. "She'll say, 'That's really corny,' or 'That's really a cliche.' And it's good. So we kind of sharpen each other like knives, and it seems to work out like that."

On The Music He Heard Growing Up

"Mariachi music, I guess. My dad only played a Mexican radio station. And then, you know, Frank Sinatra and, later, Harry Belafonte. And then, you know, I would go over to my friends' houses and I would go into the den with their dads and find out what they were listening to, because I couldn't wait to be an old man. I was about 13, you know. I didn't really identify with the music of my own generation, but I was very curious about the music of others. And I think I responded to the song forms themselves, you know; cakewalks and waltzes and barcaroles and parlor songs and all that stuff, I think — which is just really nothing more than Jell-O molds for music, you know. But I seemed to like the old stuff: Cole Porter and, you know ... Gershwin and all that stuff. I like melody."

On Leaning That Johnny Cash Covered 'Down There By The Train'

"That killed me. That was wild. I was like — I said, 'That's it. I'm all done now. Boy, you know, Johnny Cash did a song of mine. Boy, I'm all done. Thanks very much.' That was really flattering, and I loved the way he did it, too."

"My first big gig was an opening show for Frank Zappa, and I think that was difficult. I was kind of like the rectal thermometer for the audience, and it was a little awkward for me. I was alone, and I was performing in front of large groups of people, and they were verbally abusive. And I'm like a dog. I was so beat as a dog."