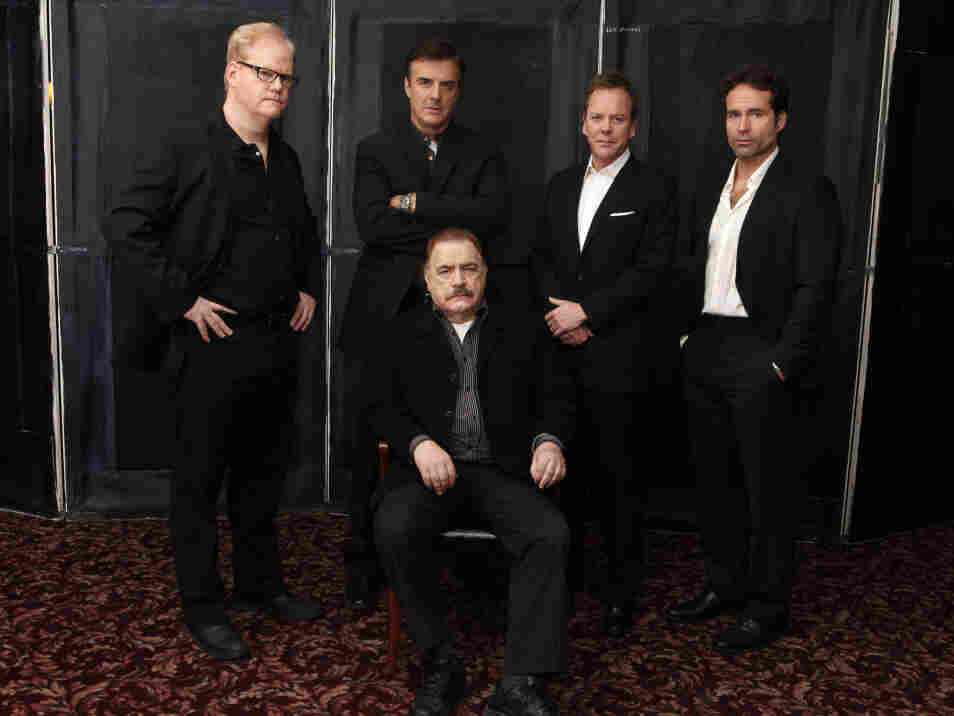 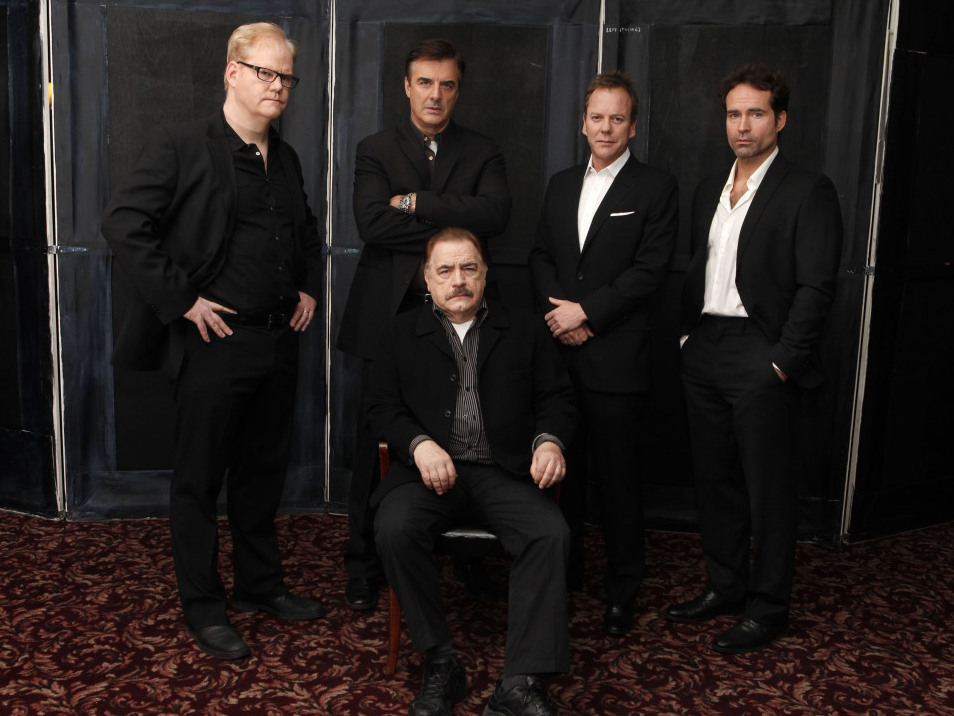 On Saturday's Weekend Edition, Scott Simon speaks with actors Brian Cox, Kiefer Sutherland and Jason Patric about their roles in the new Broadway production of That Championship Season. The play, about a coach hosting a reunion of the members of his championship high-school basketball team 20 years later, won a Pulitzer Prize in 1973 for playwright Jason Miller — who was Jason Patric's father. (Miller died in 2001.) The production also stars Chris Noth, familiar to TV viewers of Sex And The City and The Good Wife, and Jim Gaffigan, who's best known as a comedian.

The actors agree that while the text is about a coach and a team, it's more about fathers and sons — in fact, Patric grew up knowing his own father wrote it in an effort to achieve enough success to move his son away from a playground strewn with broken glass.

There have been film versions: one in 1982, starring Robert Mitchum as the coach, and one for television in 1999, starring Paul Sorvino. But Patric says he discovered the play — the success of which did take his family out of poverty, but quickly led to his father's departure — only by acting in it. He doesn't consider the film versions representative of the original, in part because stage plays impose limitations for a reason, and movies tend to remove them. And in this story, tight restrictions are critical.

"People open up film versions," he says. "The whole point is this takes place in one room. They can't escape the coach's house. They go out onto porches and they come back in. The coach's house is metaphorical for their pasts, [which] they can't escape. The minute you put it into a movie and you do that dialogue in a supermarket aisle, you've destroyed what was tightly wound in its own specific lyricism."

If a full understanding of the play was new to Patric, the specific sports content was unfamiliar ground for Cox, a British actor who describes himself as "the most unsporting person" he knows. But while this particular character is a basketball coach, Cox compares him to the greatest and most challenging classic roles he's played. "It is Falstaff, it is Lear; it's very demanding," he says. "I've played Lear. I've played Titus Andronicus. Titus Andronicus is probably the hardest part you can play in the Shakespeare calendar ... this comes pretty close."

As The Championship Season comes back to Broadway and moves beyond its foundations in the specific atmosphere of the early 1970s, Sutherland doesn't think it's dated at all. Asked whether a play constructed around that era's questioning of "the American dream" is still relevant, he says, "I think it's as relevant today as the day [Miller] wrote it." As a matter of fact, Patric says, given its timeless themes of faith and fatherhood as well as its topical treatments of abortion, ecology, materialism and war, "the cultural cognoscenti hasn't even caught up with this play yet."