Accessibility links
First Listen: Anna Calvi, 'Anna Calvi' The London singer-songwriter, a favorite of heavyweights such as Nick Cave and Brian Eno, brings shimmering guitars and bold, sensuous vocals to her debut album. Hear Anna Calvi in its entirety here until its release on March 1. 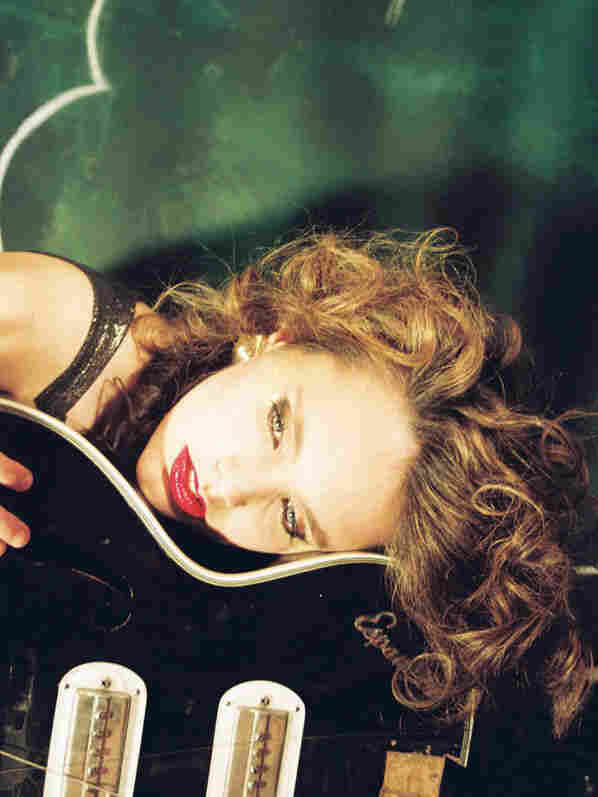 Her debut album isn't even out yet, and Anna Calvi already promises to become one of 2011's breakout stars. Courtesy of the artist hide caption 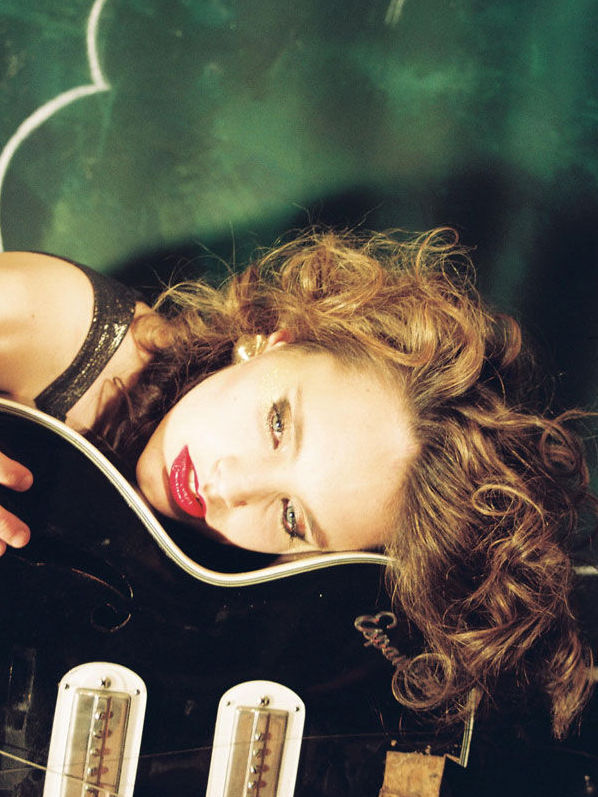 Her debut album isn't even out yet, and Anna Calvi already promises to become one of 2011's breakout stars.

Who opens a debut album with three minutes of starkly atmospheric guitars and ghostly vocals? It takes confidence, and London singer-songwriter Anna Calvi has good reason to be confident.

Calvi is an outstanding performer, armed with a twangy Fender Telecaster and a voice most anyone would steal if they could. She conveys the passion of Edith Piaf (in fact, she's covered a Piaf classic), the starkness of guitarist Duane Eddy and the fire of Patti Smith. Her self-titled debut is one of the first big surprises of 2011, as well as one of my new favorites.

I'm not alone: Calvi arrives armed with ringing endorsements from high places. She's captured the attention of Nick Cave, who invited her to tour with his Grinderman project, as well as Brian Eno, who's become her unofficial mentor. She also scored a nomination for the BBC's Sound of 2011 award.

Calvi's self-titled debut was produced by Rob Ellis, known for his 20-year association with PJ Harvey. It's a potent and yearning set of songs, replete with shimmering chords and Calvi's stunning but vulnerable vocals. Listening to it, I got a crazy idea: Why not invite her and Tom Verlaine to partner up for one of our Project Song challenges? Imagine Calvi and the former Television frontman working together, their aesthetics fused and guitar work intertwined; they might just burn this place down. Hey, you two — are you listening?

Anna Calvi will stream here in its entirety until its release on March 1. Please leave your thoughts on the album in the comments section below.