Accessibility links
'The Tiger's Wife:' A Young Talent Takes On Folklore In The Tiger's Wife, Natalia reflects on her close relationship with her grandfather, a reasonable man with a penchant for mythical Balkan folktales. Young author Tea Obreht tells Lynn Neary about growing up in the former Yugoslavia and returning to it for inspiration. 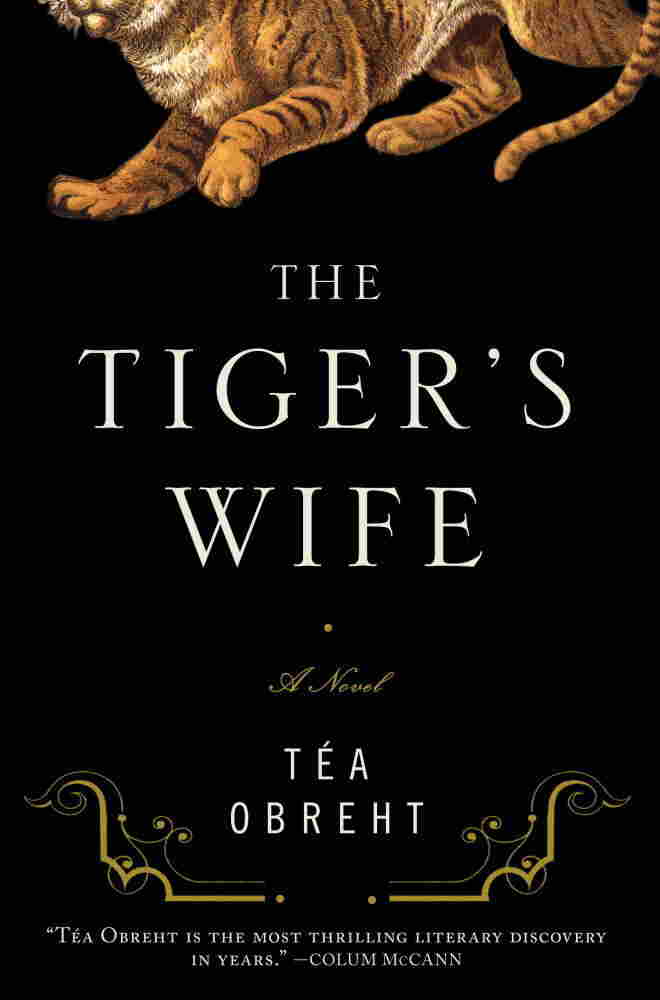 At 25, Tea Obreht falls on the younger end of writers to pen a literary phenomenon that rises above the din of the publishing world. The Tiger's Wife, her first novel, is a vividly imagined work that draws on the folk culture of the Balkans, where Obreht was born. She lived in Yugoslavia until the age of 7, when the war prompted Obreht, her mother and grandparents to flee to Cyprus and Egypt.

"I've since been back," Obreht told Lynn Neary on Weekend Edition. "I go back once a year to visit my grandmother, so I've managed to put those stories and those experiences of my parents together with my very faint, very young memories of places and people, and then also the stories that I've heard from people that I've reconnected with since I've gone back."

She says she is still in a place where it's hard to believe her book has been published and finds herself grateful for the support she's received.

"So many people ... above all, have just read it, which to me is miraculous," Obreht says. "It's an amazing thing for me, and I'm really thankful for it."

A Girl And Her Grandfather

The Tiger's Wife begins as a young doctor, Natalia, learns that her grandfather has died under strange circumstances in a remote village. As she tries to understand what happened, the novel gives a glimpse of life in Eastern Europe before, during and after the most recent conflict that tore it apart, and also portrays her grandfather through two fantastical stories framing his life.

Obreht's grandfather died the year before she started writing The Tiger's Wife, triggering her desire to explore that particular storyline. The Tiger's Wife deals with coming to terms with endings — both of Natalia's grandfather's life and of the unity of her native country. The process of writing the novel helped Obreht herself deal with her grandfather's death, even if it didn't bring her to any sort of comforting conclusions. 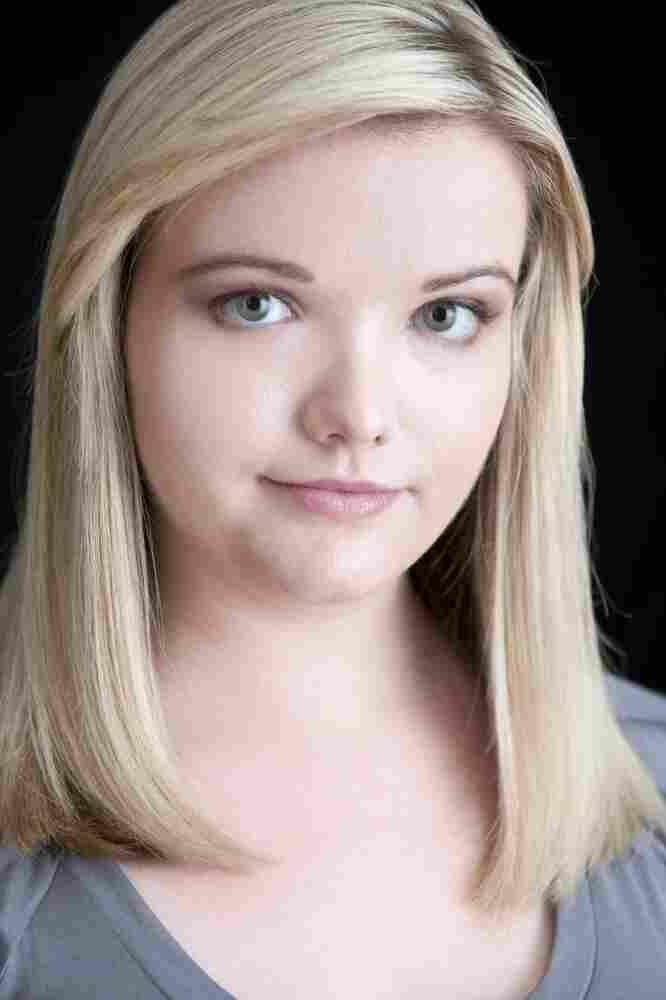 Like Natalia, Obreht grew up listening to her grandfather's stories. While Obreht's grandfather mostly told tales from his own life spent traveling the world as a plane engineer, Natalia's grandfather shares the stories of two memorable mythical characters in particular: the deathless man and the tiger's wife.

The deathless man comes from Slavic and German folkloric tales that explore the necessity of death, though Obreht's particular version evolved from previous incarnations in her other fictional writings. The myth of the tiger's wife was mostly Obreht's own, but she says it draws slightly on the tale of The Beauty and the Beast.

Although she came from Belgrade, the capital of the former Yugoslavia, Obreht says she learned about the rural village life that appears in the novel in a "strange and unexpected way." On assignment for Harper's, she traveled to Serbia and Croatia and went door to door asking people for vampire myths they'd heard of in their small towns.

"It was the first time that I really understood the closed-off nature that villages can have, and also the very open nature ... that village life can sometimes extend to strangers," Obreht says.

The story of Natalia learning of her grandfather's death intertwines with her memories growing up as a teenager while "there's a war on," as the characters of the book chime repeatedly to each other, and of the fantastical stories her grandfather would share. Unlike Natalia, Obreht didn't live through the actual war, but she believed she could express the chaos and unrest people felt when living through such a conflict.

"[Egypt and Cyprus] didn't have a turbulent time when I was there," Obreht says. "But there was this underlying unease that I think was prevalent in the youth culture, and I think that seeing that throughout growing up, I was able to access it more fully than I would have been able to otherwise."

The forty days of the soul begin on the morning after death. That first night, before its forty days begin, the soul lies still against sweated-on pillows and watches the living fold the hands and close the eyes, choke the room with smoke and silence to keep the new soul from the doors and the windows and the cracks in the floor so that it does not run out of the house like a river. The living know that, at daybreak, the soul will leave them and make its way to the places of its past—the schools and dormitories of its youth, army barracks and tenements, houses razed to the ground and rebuilt, places that recall love and guilt, difficulties and unbridled happiness, optimism and ecstasy, memories of grace meaningless to anyone else—and sometimes this journey will carry it so far for so long that it will forget to come back. For this reason, the living bring their own rituals to a standstill: to welcome the newly loosed spirit, the living will not clean, will not wash or tidy, will not remove the soul's belongings for forty days, hoping that sentiment and longing will bring it home again, encourage it to return with a message, with a sign, or with forgiveness.

If it is properly enticed, the soul will return as the days go by, to rummage through drawers, peer inside cupboards, seek the tactile comfort of its living identity by reassessing the dish rack and the doorbell and the telephone, reminding itself of functionality, all the time touching things that produce sound and make its presence known to the inhabitants of the house. Speaking quietly into the phone, my grandma reminded me of this after she told me of my grandfather's death. For her, the forty days were fact and common sense, knowledge left over from burying two parents and an older sister, assorted cousins and strangers from her hometown, a formula she had recited to comfort my grandfather whenever he lost a patient in whom he was particularly invested—a superstition, according to him, but something in which he had indulged her with less and less protest as old age had hardened her beliefs.

My grandma was shocked, angry because we had been robbed of my grandfather's forty days, reduced now to thirty-seven or thirty-eight by the circumstances of his death. He had died alone, on a trip away from home; she hadn't known that he was already dead when she ironed his clothes the day before, or washed the dishes that morning, and she couldn't account for the spiritual consequences of her ignorance. He had died in a clinic in an obscure town called Zdrevkov on the other side of the border; no one my grandma had spoken to knew where Zdrevkov was, and when she asked me, I told her the truth: I had no idea what he had been doing there.

He had lied to her, I realized, and lied to me. He had taken advantage of my own cross-country trip to slip away—a week ago, she was saying, by bus, right after I had set out myself—and had gone off for some reason unknown to either of us. It had taken the Zdrevkov clinic staff three whole days to track my grandma down after he died, to tell her and my mother that he was dead, arrange to send his body. It had arrived at the City morgue that morning, but by then, I was already four hundred miles from home, standing in the public bathroom at the last service station before the border, the pay phone against my ear, my pant legs rolled up, sandals in hand, bare feet slipping on the green tiles under the broken sink.

Somebody had fastened a bent hose onto the faucet, and it hung, nozzle down, from the boiler pipes, coughing thin streams of water onto the floor. It must have been going for hours: water was everywhere, flooding the tile grooves and pooling around the rims of the squat toilets, dripping over the doorstep and into the dried-up garden behind the shack. None of this fazed the bathroom attendant, a middle-aged woman with an orange scarf tied around her hair, whom I had found dozing in a corner chair and dismissed from the room with a handful of bills, afraid of what those seven missed beeper pages from my grandma meant before I even picked up the receiver.

I was furious with her for not having told me that my grandfather had left home. He had told her and my mother that he was worried about my goodwill mission, about the inoculations at the Brejevina orphanage, and that he was coming down to help. But I couldn't berate my grandma without giving myself away, because she would have told me if she had known about his illness, which my grandfather and I had hidden from her. So I let her talk, and said nothing about how I had been with him at the Military Academy of Medicine three months before when he had found out, or how the oncologist, a lifelong colleague of my grandfather's, had shown him the scans and my grandfather had put his hat down on his knee and said, "Fuck. You go looking for a gnat and you find a donkey."

I put two more coins into the slot, and the phone whirred. Sparrows were diving from the brick ledges of the bathroom walls, dropping into the puddles at my feet, shivering water over their backs. The sun outside had baked the early afternoon into stillness, and the hot, wet air stood in the room with me, shining in the doorway that led out to the road, where the cars at border control were packed in a tight line along the glazed tarmac. I could see our car, left side dented from a recent run-in with a tractor, and Zóra sitting in the driver's seat, door propped open, one long leg dragging along the ground, glances darting back toward the bathroom more and more often as she drew closer to the customs booth.

"They called last night," my grandma was saying, her voice louder. "And I thought, they've made a mistake. I didn't want to call you until we were sure, to worry you in case it wasn't him. But your mother went down to the morgue this morning." She was quiet, and then: "I don't understand, I don't understand any of it."

"He was going to meet you."

Then the tone of her voice changed. She was suspicious, my grandma, of why I wasn't crying, why I wasn't hysterical. For the first ten minutes of our conversation, she had probably allowed herself to believe that my calm was the result of my being in a foreign hospital, on assignment, surrounded, perhaps, by colleagues. She would have challenged me a lot sooner if she had known that I was hiding in the border-stop bathroom so that Zóra wouldn't overhear.

She said, "Haven't you got anything to say?"

"I just don't know, Bako. Why would he lie about coming to see me?"

"You're not crying," she said. 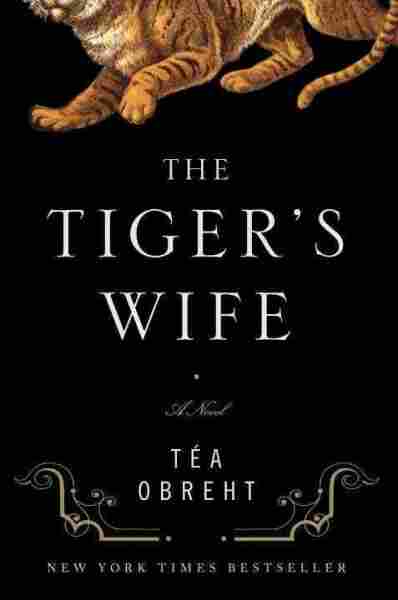