Accessibility links
Anna Calvi: A Powerful Voice Is Just One Piece Of Her Art The singer's powerful vocals, which have been compared to those of Edith Piaf and Maria Callas, grab the listener's attention. But in an interview with Lynn Neary, she says her instrumentation and image complete her art. 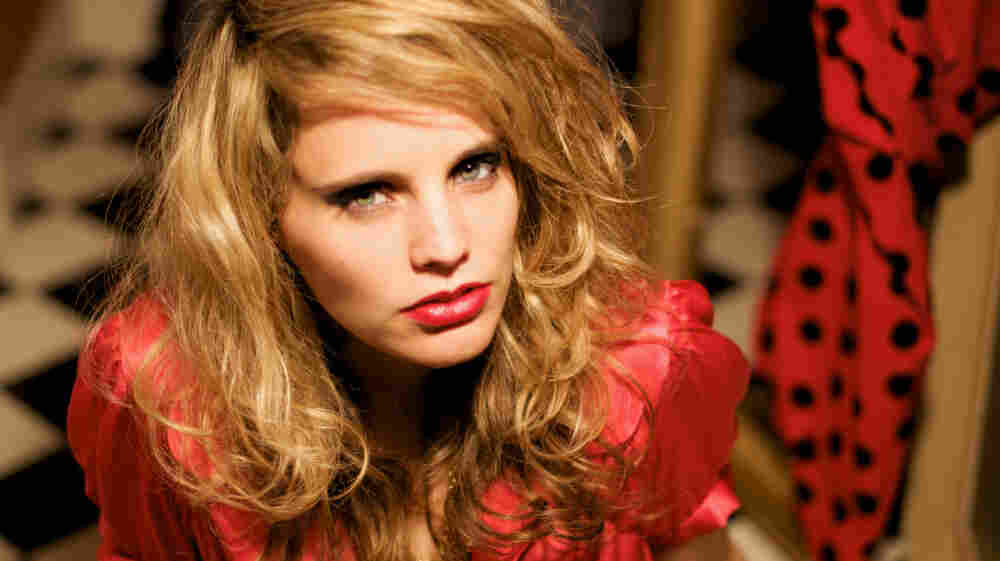 Anna Calvi says she was inspired by the opera singer Maria Callas. Courtesy of the artist hide caption 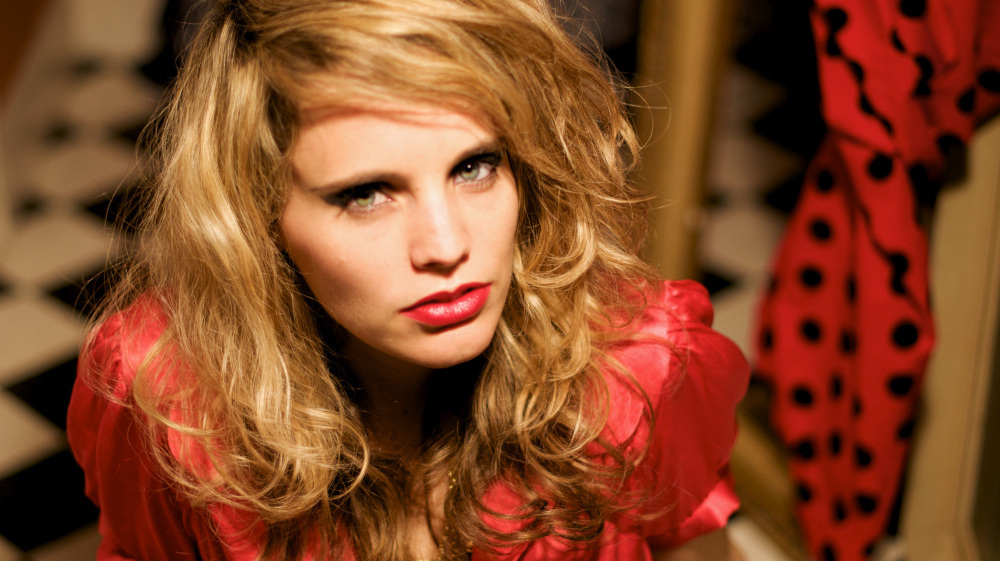 Anna Calvi says she was inspired by the opera singer Maria Callas.

Her voice is alluring. Her looks compelling. She's a singer and musician who is not afraid to be dramatic and vulnerable at the same time. She harkens to another era, while remaining utterly contemporary. Anna Calvi is the kind of singer who makes you sit up and listen.

Her name has been thrown around with those of impressive female vocalists like Edith Piaf, Nina Simone and Maria Callas. Calvi says that all of these women were major inspirations when she first began to sing, but that she finds herself most drawn to the powerful Callas, the great opera singer.

"I love the tone of her voice," Calvi says, in an interview with Weekend Edition guest host Lynn Neary. "It's very rich and there's something quite confrontational about it. It's quite ugly in some way, but that's what gives it its beauty. I really listened to her a lot when I was trying to find my own voice."

Calvi herself doesn't necessarily aim to confront, but she does try to convey the emotion of a song as openly and honestly as she can. In this aspect, she looks to Edith Piaf for inspiration, saying the singer "had a sense of completely giving everything, and not being afraid of how raw and vulnerable that made her, which is what gives her so much power as a singer."

These influences give a good impression of the range of emotions Calvi's voice is capable of capturing, from deep wails to hushes. On her debut album, Calvi takes risks, singing in a dramatic, soaring style that might not appeal to all crowds.

"I think that's the beauty of art," she says. "It's subjective. Some people hate something and some people actually fall in love with something. When I was making my record and when I was writing the songs, I just wanted to make something that was true to my own particular artistic vision. 'The Devil' is an example of that. It just comes from a very honest place."

Although her vocals are on prominent display throughout the album, Calvi made the decision to start the record with a longer instrumental introduction. Seeing the album as a journey, she likens its opening to hypnotization, saying she intended it to carry the listener to a new place.

"You can't just hypnotize someone and expect them to be in that place; you have to take them there," Calvi says. "So I wanted to have a piece of music that began the album which really slowly took you into this world and created the scene and created the atmosphere, and then present these songs once the listener is already in the particular atmosphere that the album's creating."

At other times on the album, Calvi again opts not to use the full force of her vocals, choosing instead to contain her voice in order to create a different kind of atmosphere.

"Well, I think 'No More Words' works really well because, I mean, I could've gone with a really bombastic song, singing really loud, but I really liked the idea of retaining mystery," she says. "I don't really sing with more than a whisper, so I still at that point haven't given everything away."

In creating this range of textures over the course of the album, Calvi pays close attention to arrangements that help to tell the story, like the instrumentation of "Desire."

"I wanted to have a melodic motif that just keeps building and building, and it's kind of like a metaphor for desire. So you hear it on the harmonium, and then you hear it in the guitar, the same melodic refrain, and it just grows throughout the song as the desire grows stronger," she says. "This melody is heard in more and more instruments until at the end, it's almost just bursting. For me, it's really important that the music is telling you half the story; it's telling you as much about what the song is about as the lyrics are."

When Calvi performs live, she brings yet another dimension to her music, aiming to convey the emotion even through her appearance. She has become known for her bright red lipstick, dramatic makeup and slicked-back hair.

"I feel that every aspect of my art is all-encompassing, so that ranged from the music and the artwork on the album and how I look as well," she says. "I really wanted to find clothes that express the passion in my music. I got inspiration from flamenco outfits because they express so much: the romance and passion of the flamenco music."

For Calvi, playing live allows her to combine all these pieces of her art. But it also allows her to assume a new identity through it.

"I think playing live is a very fulfilling experience for me because it allows me to be very fearless and strong just through the process of playing music," she says. "It allows me to be another side of me that I can't access is any other situation."