Accessibility links
'Sweet Smell Of Success': Gossip With A Cutting Edge The classic 1957 film about the gossip industry has been remastered and rereleased on DVD and Blu-Ray. Critic John Powers says the movie's Manhattan is a "seamy, deglamorized world in which small men destroy lives to make themselves big." 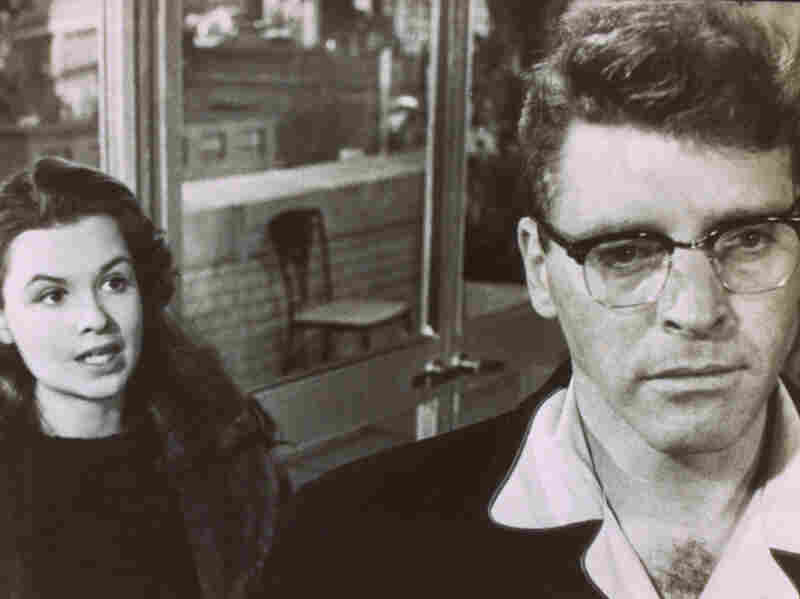 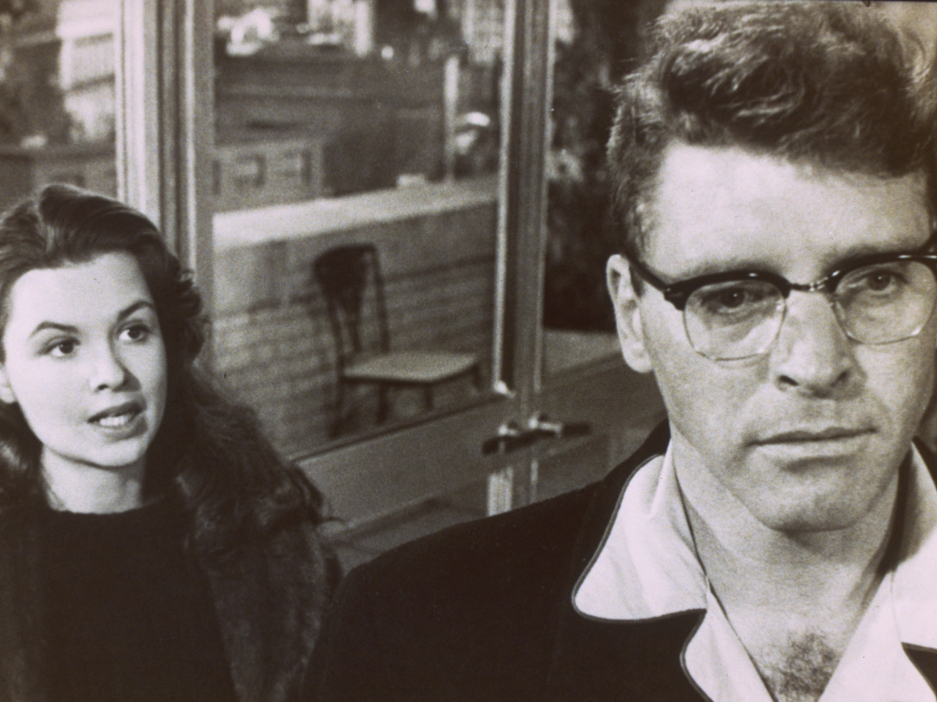 The formidable Burt Lancaster stars as J.J. Hunsecker, an influential newspaper columnist, in the 1957 classic Sweet Smell of Success.

I suspect Roosevelt would be horrified by how small-minded American culture has become. Where gossip was once an unsavory, if popular, corner of the mass media, it's now so mainstream that Lindsay Lohan's DUI cases make the front page, and to own TMZ would cost you a hundred million times more than the $1 it cost Sidney Harman to purchase Newsweek.

All of which gives a special piquancy to the classic American movie about the gossip trade, Sweet Smell of Success, first released in 1957 and now out on a ravishing new digital transfer from Criterion. Fast, mean, and absolutely gripping, Alexander Mackendrick's movie — written by Ernest Lehman and Clifford Odets — feels both extraordinarily relevant and, at times, strikingly old-fashioned.

Tony Curtis stars as Sidney Falco, a hustling press agent who — to get his clients' names in the papers — runs around town for one J.J. Hunsecker, a powerful and sadistic Broadway columnist who spends his night sitting like a spider at nightclub tables. Things come to a head when Hunsecker demands that Falco break up the romance between Hunsecker's adored sister, played by Susan Harrison, and a jazz musician played by Martin Milner. Sidney proceeds by any means necessary, even pimping out a girlfriend.

Now, the movie's not perfect. For instance, the straight-arrow Milner is comically wrong as a hip '50s jazzman — he already seems like the cop he'd later play on the TV show Adam-12. But the flaws scarcely matter, because what's right is so right — James Wong Howe's bleakly poetic black-and-white photography that makes even a fancy nightclub seem as soiled as a crime scene. Sweet Smell's Manhattan is a seamy, deglamorized world in which small men destroy lives to make themselves big.

At its center is the apache dance between Burt Lancaster's bullying Hunsecker, who lurks behind spectacles that are equal parts death ray and bulletproof glass, and the ambitious Falco, who's like his pet dog — a rabid one.

The figure of Hunsecker was based on gossip king Walter Winchell. And as Neal Gabler points out in one of the disc's extras, Winchell was the first to grasp — and exploit — the democratizing power of mass-media gossip, which not only brought the famous into the daily view of the millions but cut them down to size.

If anything about Sweet Smell of Success feels dated, it's precisely the notion of a single all-powerful columnist. The world Winchell created has grown ever more democratic; gossipmongers are now as inescapable as people staring at their smart phones. Thanks to Facebook, Twitter and YouTube — which recently brought down designer John Galliano by capturing his anti-semitic blather – anybody can be J.J. Hunsecker, which means that nobody is. 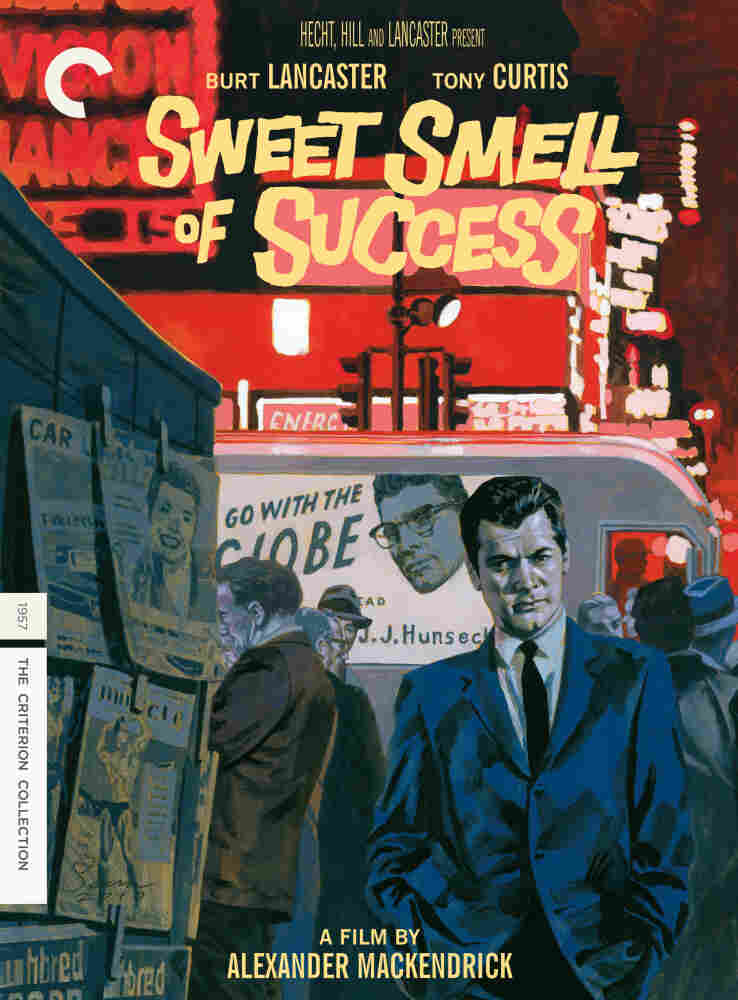 Enlarge this image
The Criterion Collection 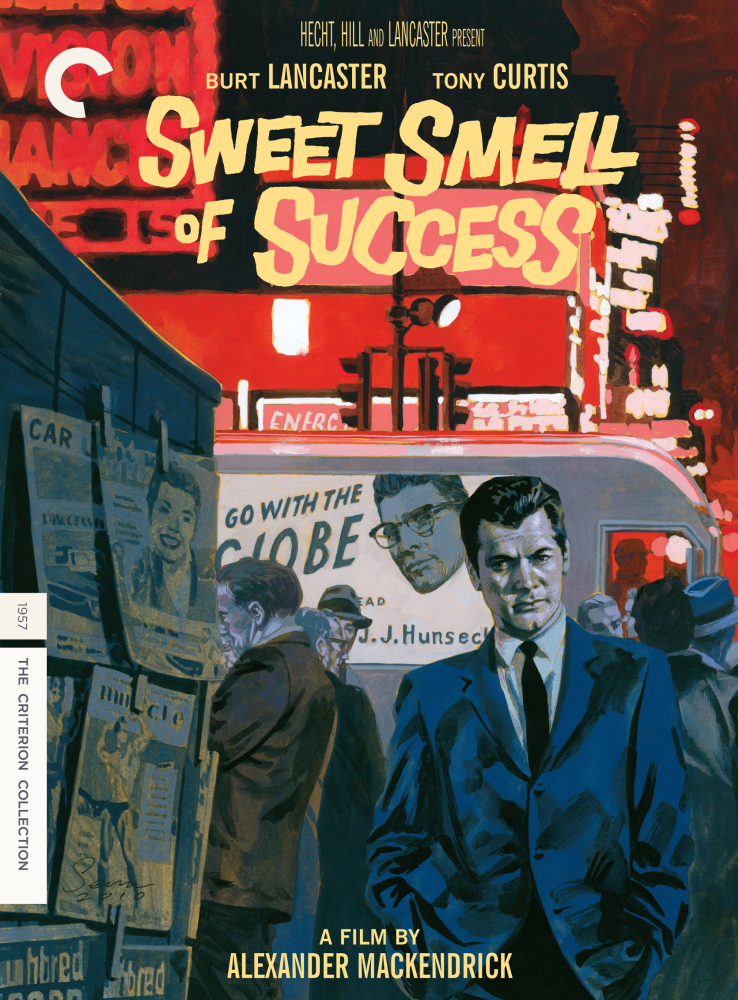 After all, who needs a Winchell when a teen idol like Twilight's Robert Pattinson enters a restaurant and other diners instantly start Tweeting about where to find him? These days the press agent's job is often less about getting clients noticed — heck, there are people who spend their lives writing about reality TV stars — than about trying to control how they're noticed. It's a near-impossible task, especially if your client is Charlie Sheen.

In fact, today's gossip machine is even more amoral than in Winchell's day. Though he was a rotten human being, Winchell actually did believe in something: He backed the New Deal, attacked Hitler when most politicians were still weaseling and fought for civil rights. Even when he went bonkers for Joe McCarthy, he thought he was fighting for the American Way. Today's gossip mavens seem dinky and soulless by comparison. TMZ and Gawker don't give a hoot about politics or human rights. They have no mandate grander than getting the poop on anyone who might be remotely famous.

Still, even as the gossip biz has grown more ruthlessly ubiquitous, our movies have become tamer. Made during the supposedly square 1950s, Sweet Smell of Success is a portrait of American ambition so curdled that it makes The Social Network — a movie considered too hip, dark, and ironic to win the Oscar — seem almost sunny. I mean, Jesse Eisenberg's Mark Zuckerberg may burn to succeed, but nobody would ever call him a cookie full of arsenic.