Accessibility links
Montserrat Caballé: A Voice Of Passionate Grandeur This voice never boasted the sheer lusciousness of Leontyne Price or the sword-like thrust of Birgit Nilsson. But Montserrat Caballé had a honeyed quality in her timbre, a huge range, and fabulous agility that she deployed like a magician. 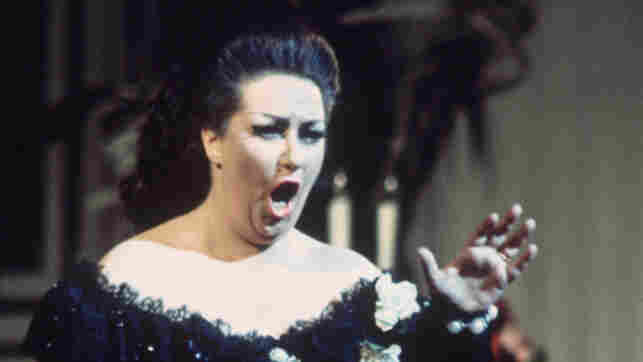 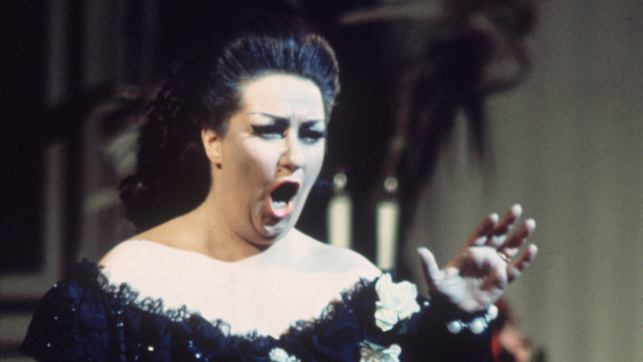 On April 20, 1965, Donizetti's Lucrezia Borgia was heard in concert at Carnegie Hall. To virtually the entire audience the opera was unknown, and so was the majestic-looking, 33-year-old Spanish soprano singing the title role. But after her intoxicatingly beautiful singing of the opening aria, it was clear that a true, full-fledged prima donna had arrived. The singer's very name seemed a piece of music in itself — Montserrat Caballé.

Her fame rests on bel canto — the vocally exacting Italian style exemplified by Rossini, Donizetti and Bellini. She could have restricted herself to those operas exclusively, but her enormous musical curiosity led her to Mozart, Wagner, the Romantic French composers, Slavic repertoire and much more. She adored Strauss, and sang his Salome like a goddess.

Caballé still performs in concerts, but she's in her late seventies now and the voice is fragile, to put it kindly. In her great years, though, her singing had tremendous allure, plus something best described as a "passionate grandeur."

I remember a performance in Caballé's birthplace, Barcelona — she was singing Verdi's I Vespri Siciliani. The central role, Duchess Elena, is hair-raisingly difficult, but Caballé reveled in it. Verdi's music is meant to continue without pause after Elena's opening aria, but the conductor had to stop so the audience could welcome their heroine back to her town. They showered such love on Caballé that she finally lost her composure and burst into tears.

This voice never boasted the sheer lusciousness of Leontyne Price or the sword-like thrust of Birgit Nilsson. But Caballé had a honeyed quality in her timbre, huge range, and fabulous agility that she deployed like a magician in the bel canto operas. She often portrayed noblewomen, who expressed themselves in flowing legato lines that were tailor-made for her.

She could be imposing at full voice, but she showed her real greatness when singing intimately.

Opera fans refer to the "floated" pianissimo — a sustained soft note in the upper register. It's essential to every soprano's vocal armory. Caballé set a new standard for it — her pianissimo was angelic. It didn't just enchant your ear — it stopped your heart. Her technique was so unobtrusive that she hardly seemed to draw breath at all. She'd gently lift her voice onto a high note and let it float serenely, like a sailboat on a quiet lake.

For about a decade after her star-is-born triumph in New York, Caballé remained in her absolute prime. But then slowly the singing began to lose its amazing consistency: there was forcing and blowsiness; matchless elegance would alternate too frequently with self-indulgence. Still, even in late career were moments when everything came together.

I remember a duo concert in Dallas with another legend of singing, mezzo-soprano Marilyn Horne. In the first half, Caballé was distressing — musically and vocally slapdash, unable to keep pace with Horne in their florid duets. Caballé must have realized she wasn't doing herself justice. Sure enough, after intermission, she proceeded, in the space of ten minutes, to show exactly why she was Montserrat Caballé.

The music came from an obscure Donizetti opera, Sancia di Castiglia. Standing there during the orchestral introduction, Caballé had an innate dignity that created character all by itself. She put across the recitative with the power of a great tragedienne. Then she launched into Sancia's stately aria, shaping every note with such affection, such eloquence — the music simply belonged to her. And then, nearing the end of the aria, Caballé brought out her secret weapon, that unearthly pianissimo: just for one phrase, but enough to let us know it was still there.