Accessibility links
'Oreo': A Satire Of Racial Identity, Inside And Out Fran Ross' Oreo is an uproarious look at American identity, through the eyes of a biracial girl. The funny, poignant novel was largely ignored when it was published in 1974 — but writer Mat Johnson says the time for the quirky novel is now. 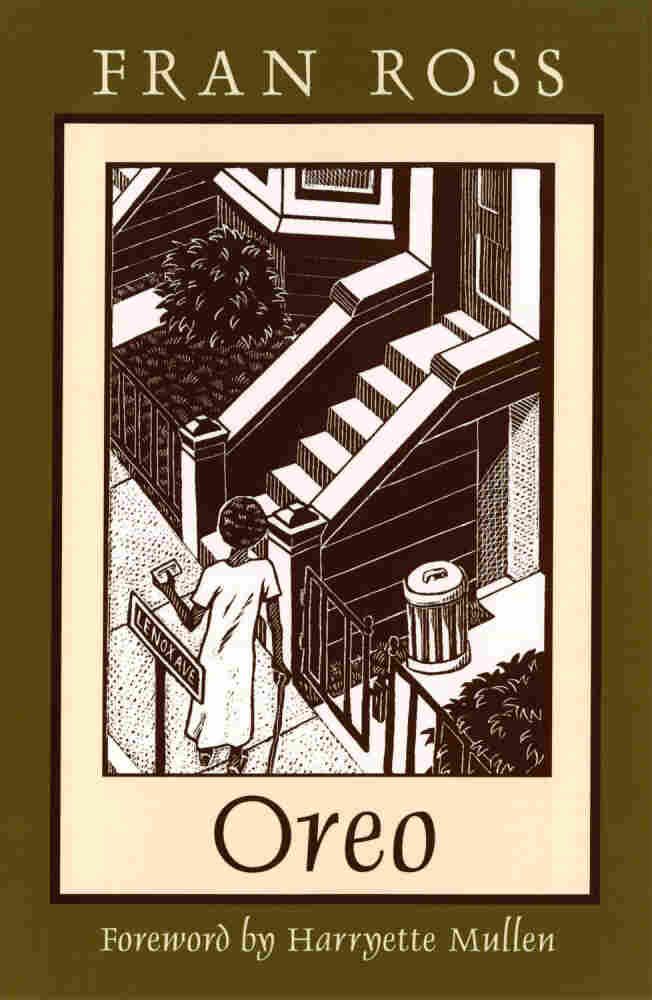 Fran Ross' Oreo is one of the funniest books I've ever read, but I've never quoted it. To do so, I would have to put quotations before the first page and then again at the last. Instead, I just use the words so many others who have been privileged to encounter Oreo use to describe it: hilarious, uproarious, insane. But these adjectives don't do it justice either. To convey Oreo's humor effectively, I would have to use the comedic graphs, menus and quizzes Ross uses in the novel. So instead, I just settle for, "You have to read this," and from just the first page they see what I mean.

Oreo is the story of the biracial daughter of an African-American woman and Jewish father, a man named Samuel Schwartz, who disappeared when she was an infant, leaving behind only a note that told her to later seek him and the mystery of her birth. When as an adult Oreo leaves her native Philadelphia on a quest to New York City in search of Sam Schwartz, she finds instead several sharing that name in the phone book. Soon Oreo is pulled into an adventure that mirrors the Greek tale of Theseus' journey into the Labyrinth, where the vehicle toward humor is the quirks of language in Jewish and black culture and every turn takes the reader deeper into the satire and into the heart of the absurdities of American identity.

As funny as the novel Oreo is — and it is very, very funny — it was ignored during its era. But it is easy to see how such a smart, hilarious novel could escape notice. There are books, great books, that appear at a time when no one is ready to read them. Oreo arrived in 1974, during the height of the Black Power movement with its focus on an African-based identity and black male power. A novel about a biracial woman's search for her Jewish identity, complete with Yiddish word jokes and a structure based around Greek mythology, was about as far away from what was expected of a black writer as possible. Biracial identity didn't even truly exist in the popular imagination at the time of the book's publication: If you were mixed you were considered black, and if you fought that you were branded an Oreo — white on the inside, black on the outside — a joke Ross embraced in the title character. 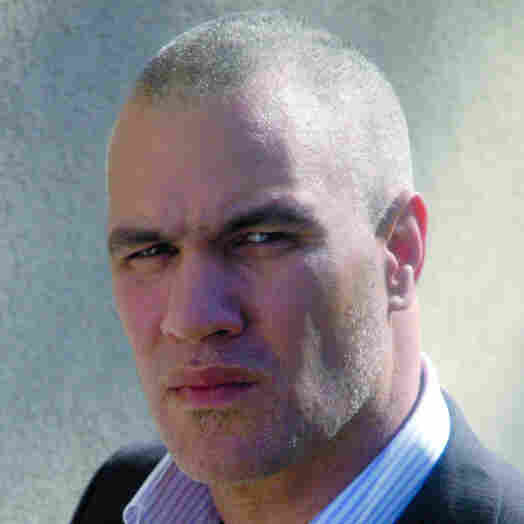 Mat Johnson is the author of the book Pym. He lives in Texas with his wife and children. Meera Bowman Johnson hide caption 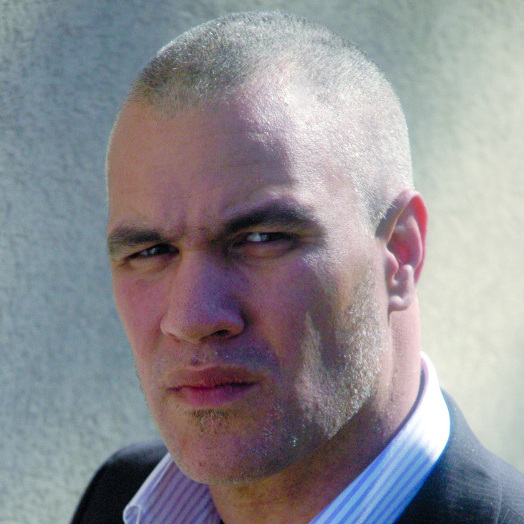 Mat Johnson is the author of the book Pym. He lives in Texas with his wife and children.

Oreo is at its core a feminist odyssey, but it came eight years before the publication of Alice Walker's The Color Purple, at a time when feminism was still viewed as largely a white-woman's movement. And most problematic in finding an audience during its time, Oreo is the ultimate idiosyncratic novel, as poet Harryette Mullen, who was largely responsible for bringing it back into print and cult status in 2000, called it. A truly original view of our world is what we yearn for in fiction, but sometimes when something is so original, so many years ahead of its time, it takes time for the audience to catch up to it. It's a statement of how far we've come that for this quirky, hilarious, odd, little biracial black book, that time is now.

You Must Read This is produced and edited by Ellen Silva with production assistance from Rose Friedman, Lena Moses-Schmitt and Amelia Salutz.

When Frieda Schwartz heard from her Shmuel that he was (a) marrying a black girl, the blood soughed and staggered in all her conduits as she pictured the chiaroscuro of the white-satin chuppa and the shvartze's skin; when he told her that he was (b) dropping out of school and would therefore never become a certified public accountant — Riboyne Shel O'lem! — she let out a great geshrei and dropped dead of a racist/my-son-the-bum coronary.

When James Clark heard from the sweet lips of Helen (Honeychile) Clark that she was going to wed a Jew-boy and would soon be Helen (Honeychile) Schwartz, he managed to croak one anti-Semitic "Goldberg!" before he turned to stone, as it were, in his straight-backed chair, his body a rigid half swastika,

Major and minor characters in part one of this book, in order of birth.

Frieda Schwartz, his wife (died in paragraph one but still, in her own quiet way, a power and a force)

Concerning a few of the characters, an apercu or two

Jacob: He makes boxes ("Jake the Box Man, A Boxeleh for Every Tchotchkeleh"). As he often says, "It's a living. I mutche along." Translation: I am, kayn aynhoreh, a very rich man."

James and Louise: In the DNA crapshoot for skin color, when the die was cast, so was the dye. James came out nearest the color of the pips (on the scale opposite, he is a 10), his wife the cube. Louise is fair, very fair, an albino manquee (a just-off-the-scale -1). James is a shrewd businessman, Louise one of the great cooks of our time.

NOTE: There is no "very black." Only white people use this term. To blacks, "black" is black enough (and in most cases too black, since the majority of black people are not nearly so black as your black pocketbook). If a black person says, "John is very black," he is referring to John's politics, not his skin color.

A word about the weather

There is no weather per se in this book. Passing reference is made to weather in a few instances. Assume whatever season you like throughout. Summer makes the most sense in a book of this length. That way, pages do not have to be used up describing people taking off and putting on overcoats.

In 1919, when they were both five years old, little James and little Louise moved to Philadelphia with their parents, the Clarks and the Butlers, who were close friends, from a tiny hamlet outside a small village in Prince Edward County, Virginia. When they were eighteen, James and Louise married and had their first and only child, Helen, in the same year.

During World War II, James worked as a welder at Sun Shipyard in Chester, Pennsylvania. Every morning for three years, he would stop at Zipstein's Noshery to buy a pickle to take to work in his lunchbox. He would ask for a sour. Zipstein always gave him a half sour. From that time on, James hated Jews.

After the war, James had enough money saved to start his own mail-order business. He purposely cultivated a strictly Jewish clientele, whom he overcharged outrageously. He researched his market carefully; he studied Torah and Talmud, collected midrashim, quoted Rabbi Akiba — root and herb of all the jive-ass copy he wrote for the chrain-storm of flyers he left in Jewish neighborhoods. His first item sold like latkes. It was a set of dartboards, featuring (his copy read) "all the men you love to hate from Haman to Hitler." No middle-class Philadelphia Jew could show his face in his basement rec room if those dartboards weren't hanging there.

With this success as a foundation, James went on to tie-ins with other mail-order houses. He was able to offer his customers cheese blintzes for Shevuoth, handkerchiefs for Tisha Bov ("You'll cry a lot"), dreidels for Chanukah, gragers and hamantashen for Purim, wine goblets for Passover, honey for Rosh Hashanah, branches for Succoth ("Have the prettiest booth on your block"), and a recording of the Kol Nidre for Yom Kippur ("as sung by Tony Martin"). Next to each item in his catalog was a historico-religious paragraph for those who did not know the significance of the feasts and holidays. "You have to explain everything to these apikorsim," he told Louise, who said, "What say?" Over the years, his steadiest seller was the Jewish History Coloring Book series, including "the ever-popular Queen Esther, Ruth and Naomi, Judah and the Maccabees (add 50¢ for miniature plastic hammer), the Sanhedrin (the first Supreme Court), and other all-time Chosen People favorites." At last, his money worries were over. He was able to send Helen to college and buy Louise the gift of her dreams: a complete set of Tupperware (5,481 pieces).

As Helen sang her part in the chorale chorus Jesu, Joy of Man's Desiring, she constructed one of her typical head equations, based on the music's modalities and hers:

Simple, she conceded, compared with the overlapping fugal subject-answer-countersubject head equations that were her favorites — elegant, in fact, but not quite absorbing enough to keep her mind off the fact she was perspiring and wanted desperately to pee. Samuel, passing through the rehearsal hall, caught a glimpse of Helen's face and, mistaking her expression of barely controlled anguish for religious fervor, was himself seized with an emotion that mystics have often erroneously identified as ecstasy-cum-epiphany (vide Saul on the road to Damascus, Theresa of Avila every time you turn around): the hots. His accounting books fell to the floor.

Excerpted from Oreo by Fran Ross Copyright 1974 by Fran Ross. Excerpted by permission of University Press of New England. 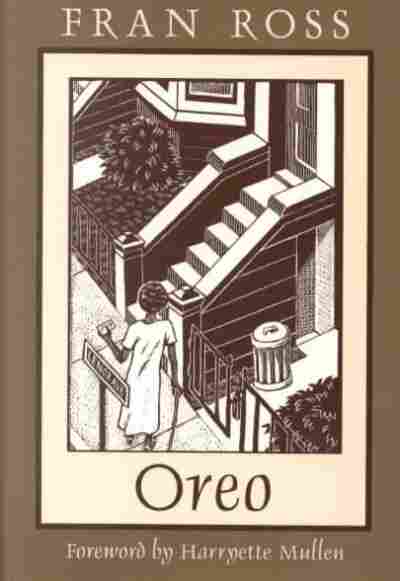 by Fran Ross and Harryette Mullen