Accessibility links
Serena Williams Slowly Recovering From Embolism The tennis champion has suffered various injuries over the past few months, including blood clots and being hospitalized on Feb. 28 because of a grapefruit-sized hematoma on her stomach. Williams still has blood clots in her lung, but hopes to return to tennis this summer. 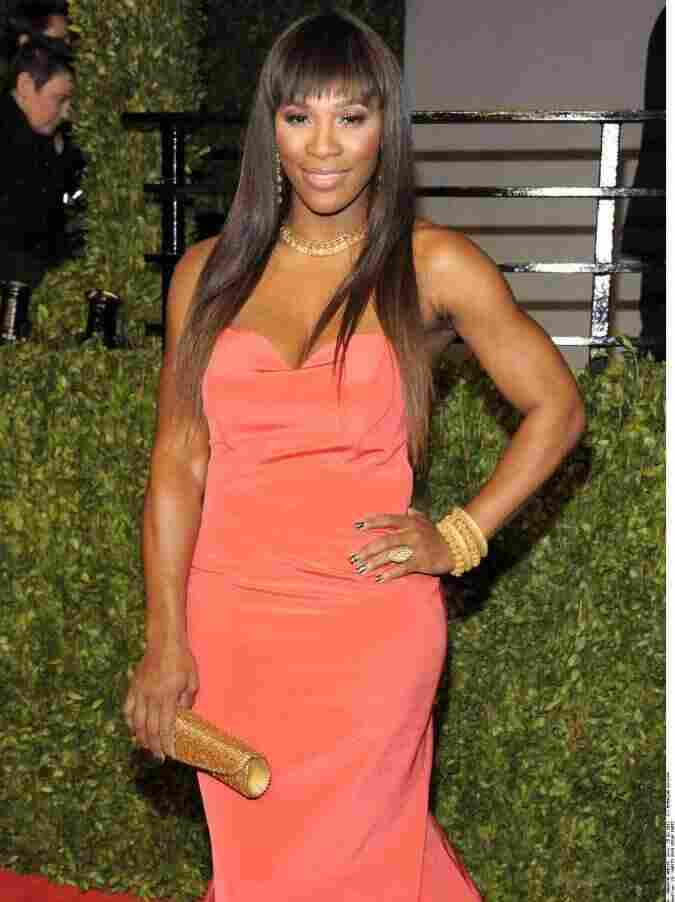 Tennis star Serena Williams attended the Vanity Fair Oscar Party on Feb. 27, 2011 in Los Angeles. The next day she was back in the hospital on Feb. 28 because of a large hematoma on her stomach. McMullen Co./SIPA/AP hide caption 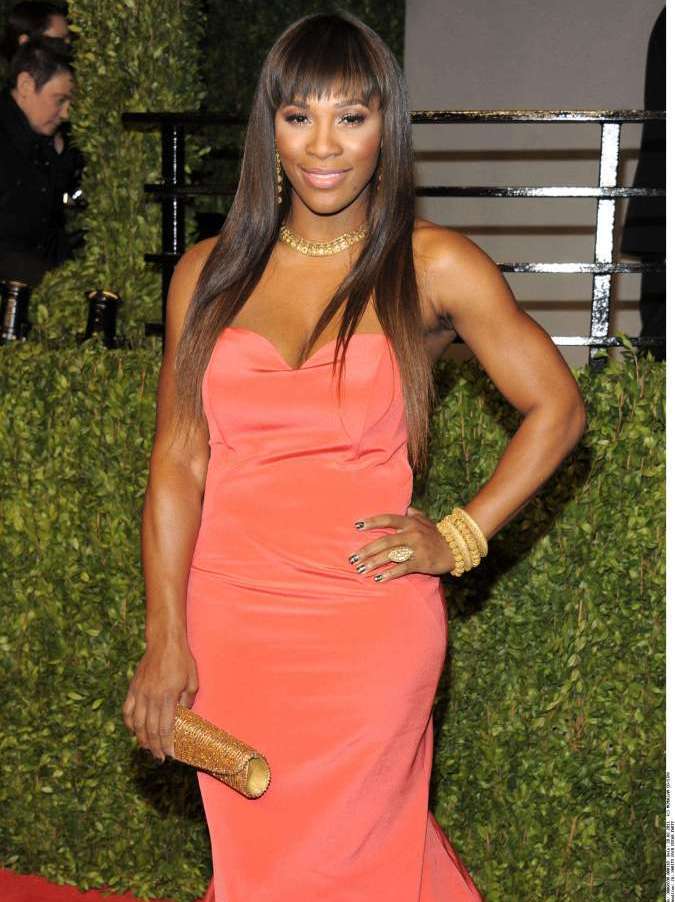 Tennis star Serena Williams attended the Vanity Fair Oscar Party on Feb. 27, 2011 in Los Angeles. The next day she was back in the hospital on Feb. 28 because of a large hematoma on her stomach.

Serena Williams still has blood clots in her lung but hopes to return to tennis this summer after recovering from a pulmonary embolism, which she called the "scariest moment in my life."

The 13-time Grand Slam champion spoke on NBC's Today show Wednesday from Los Angeles, saying she hasn't left her house much since going to the hospital nearly three weeks ago.

"I had a lot of swelling in my leg, which really is a telltale sign of an embolism, and I could not breathe," Williams said.

She said doctors couldn't find anything in her leg and then ordered a CAT scan of her lungs.

"That's when they found several blood clots," Williams said. "They told me that they had to check me in immediately or else ... it wasn't going to be a good result."

Treating the blood clots required Williams to inject herself with a blood thinner. Feeling a need to get out, she didn't let her condition deter her from attending several Oscar parties.

"I had been through so much in the past eight months," she said. "Just really kind of low on energy, but I was like 'I've got to do something, kind of just to get my spirits up."'

Then she wound up back in the hospital on Feb. 28 because of a large hematoma on her stomach. The gathering of blood under the skin grew from a "golf ball" to the size of "a grapefruit."

"I apparently must of hit something," said Williams, who was injecting herself twice a day. [The doctors said] 'We can't drain this, we have to surgically remove it."'

Her absence from tennis could stretch to almost a year since she won the Wimbledon title last July. Williams has had two surgeries on her right foot since cutting it on glass at a restaurant shortly after Wimbledon.

Her comeback has been delayed repeatedly by complications from the injury. The second surgery was in late October, and she said she spent 10 weeks in a cast and 10 weeks in a walking boot.

Surgery is among the risk factors for blood clots, as are prolonged periods of inactivity and long airline flights.

Williams said she wasn't "moving and not doing as much as I normally do. I started flying a lot ... thinking I was OK. And obviously, I wasn't."

The 29-year-old Williams realizes it was a dangerous situation.

"Mine went from my leg to my lung and it traveled fast," Williams said. "I still have several clots in my lung. They're just there, and they have to eventually dissolve. So I'm just taking it one day at a time. Just on the road to recovery.

"I said I wanted to return this summer, and I was hoping to return way sooner than that. Being so close to ... the scariest moment in my life, I really just want to come back and be able to do well."