Accessibility links
Interview: Chris Rock, Putting On A Blue New 'Hat' The actor and stand-up comic makes his Broadway debut this month — in a play whose title NPR's Ari Shapiro can't say without benefit of a bleep. 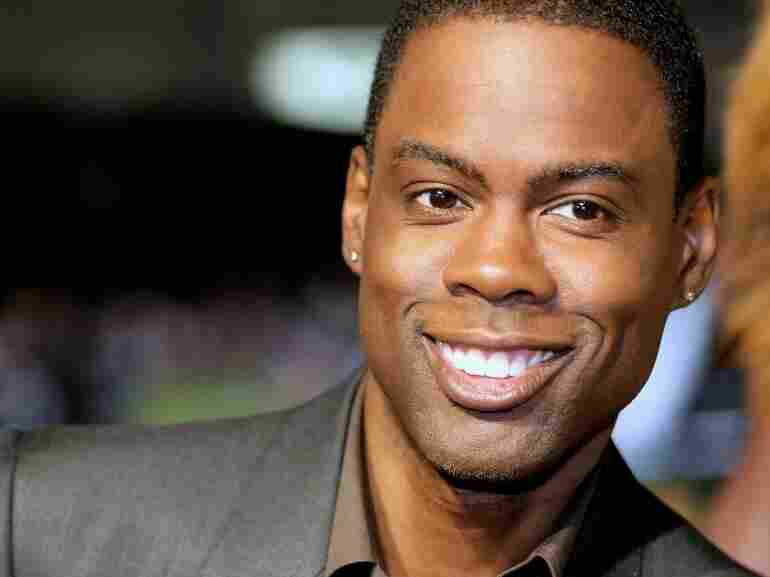 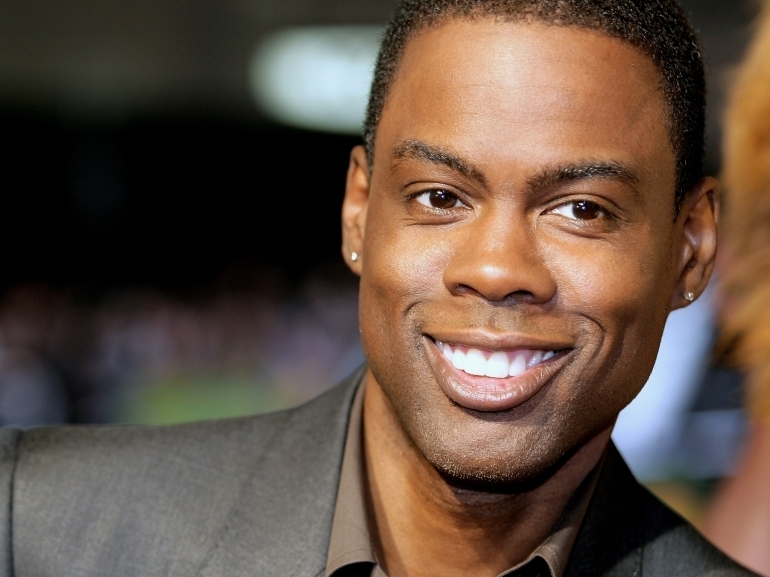 "To tell you the truth, I just assumed they would change the title," says Chris Rock. "I didn't think it would get this far."

That's because the show that is bringing Rock to Broadway — after 20 years of performing stand-up on stages large and small — has a title that is kind of unprintable. On the radio, we had to use a bleep. For the Web, we'll go with The Motherf----- with the Hat.

It's a five-person ensemble show that deals with addiction, friendship and betrayal in New York City — not a frothy comedy, by any stretch.

"I haven't done anything like this since I did New Jack City, where I was a crack addict," Rock tells NPR's Ari Shapiro. "Now I'm an older drug counselor."

As for character research?

"I'm a comedian," Rock says, leaning into the stereotype. "I don't know if studies have been done, but I would say 40 percent of comedians are in some form of recovery."

Or they're headed there, maybe?

"Or they're headed there," Rock agrees. "I mean, we work in bars, you know what I mean? They give us free drinks at a young age, and we kinda get hooked. I know a ton of guys in AA and NA — comedians are very addictive people."

Rock sells out shows across the country. He has done movies, solo HBO specials — even hosted the Oscars. You might think a little thing like a play wouldn't be enough to make him nervous.

"Stand-up still makes me nervous, and the play makes me nervous," he says. "The nicest compliment I ever got was from Conan O'Brien; I did the show and it went well, and he said, 'You know what I like about you? You're still smart enough to be scared.' He said a lot of guys come — big-name comics — and they're overly confident, and they bomb. He said, 'I've got to dig them out of the hole they put themselves in.' "

Rock's philosophy: "Anything you can suck at should make you nervous. One should always be cognizant of how bad it could go."

For The Black List, a multimedia conversation conceived by photographer Timothy Greenfield-Sanders and film critic Elvis Mitchell, Rock voiced another philosophy of suck:

"True equality," the comic said in a video, "is the equality to suck like the white man. That's really Martin Luther King's dream coming true, is guys sucking."

By that standard, would terrible reviews for Motherf----- With the Hat be a kind of victory?

"Barack Obama, arguably one of the greatest speakers of the last 40 years, is the first black president. When we have a black president with a speech impediment, that's the real progress. This guy? Of course he's president."

'I Knew It Would Make Me A Better Actor'

Rock went to the theater a lot as a kid, he says — "my mother used to take me to the Negro Ensemble Company," he recalls, and the outings were frequent enough that he can't remember the first play he saw.

In fact, he cites theater as a formative influence — "everything in showbiz had an impact on me," he says — so in some ways it's a surprise that it took 20 years for a stage play to show up on his resume.

But, it's simple: "This is the first script in 20 years I've been offered that was right for me," Rock says. "Sometimes people offer you plays, they offer you parts, but they only offer it because I'm famous. It's like 'OK, he'll bring in people,' but even I know I'm not right for it."

The Motherf----- with The Hat, though: It's a play by the scorchingly talented Stephen Adly Guirgis, whose other dramas include Jesus Hopped the A Train and The Last Days of Judas Iscariot.

And for Rock, it's a way to sharpen his skills.

"Here's what I knew about doing a play: I knew it would make me a better actor," he says. "In a weird way, it was like I was shoved into this great graduate school."

He has acted in films, of course — Death at a Funeral, Head of State, the animated Madagascar films and more — but "you can fake a movie," Rock says.

"Movies have takes," he laughs. "But plays are like life — you don't really get takes."

Plus there are the practical considerations. At 46, Rock has done his share of touring. When you're doing a Broadway show, you can live more or less over the shop.

He puts on a plaintive voice.

One thing they won't get to know — not firsthand, if he can help it — is what dad looks like in The Motherf----- with the Hat.

"They are not going to see my opening night," he says.