Accessibility links
Of Montreal On World Cafe : World Cafe The music of this much-adored band has taken many forms since the group's late 1990s emergence. Its latest album, False Priest, found Kevin Barnes and Co. trying their hand at creating the "great pop record" in the vein of Stevie Wonder, Prince or David Bowie. 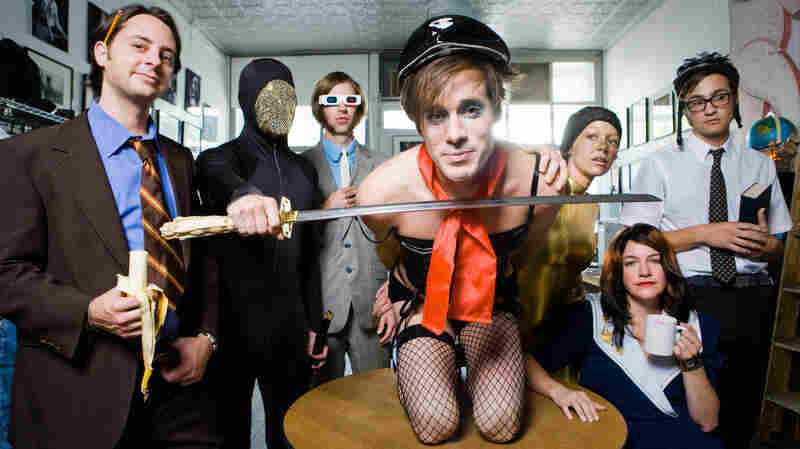 Of Montreal is a band with a history as rich as it is eclectic. The band was formed in 1997 by singer Kevin Barnes, who pieced the group together with the help of local musicians in his hometown of Athens, Ga.

Since forming, the group has released 10 albums, the most recent being 2010's False Priest. The band found critical acclaim with 1999's The Gay Parade, which was called "indie pop's very own Sgt. Pepper" by Allmusic.com.

Throughout the band's career, Barnes and Co. have explored several genres and lyrical themes, ranging from child-like wonder to isolation and depression. The best example of this is Barnes' onstage alter-ego Georgie Fruit, a middle-aged African American man who has gone through multiple sex changes. According to Barnes, the band's 2007 record, Hissing Fauna, Are You the Destroyer?, chronicled his personal transformation into Fruit.

Hear an interview with Barnes and recordings from Of Montreal's show at Milwaukee's Pabst Theater on this edition of World Cafe.