Accessibility links
Broder's Shift Key: An Unlikely Online Makeover David Broder was hardly a techie. If anything, the late political columnist was digitally disabled — which made his role in the Washington Post's early online efforts surprising. 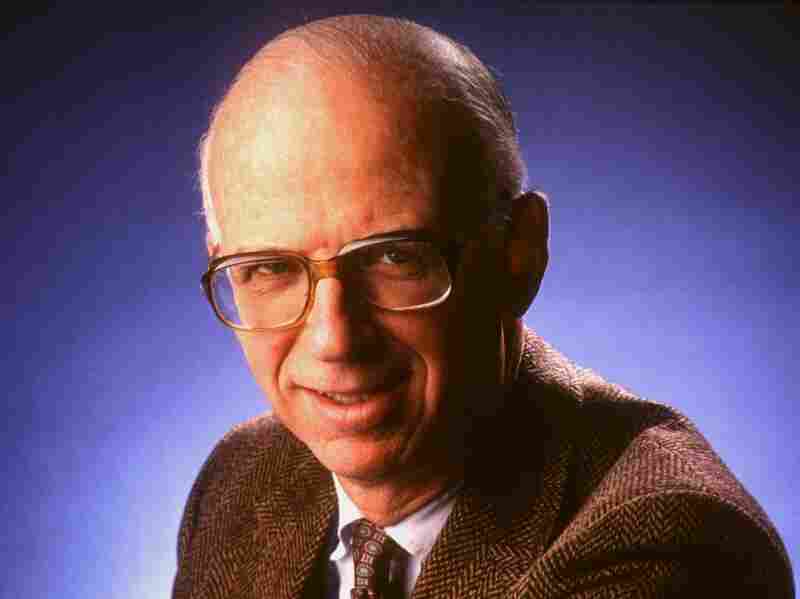 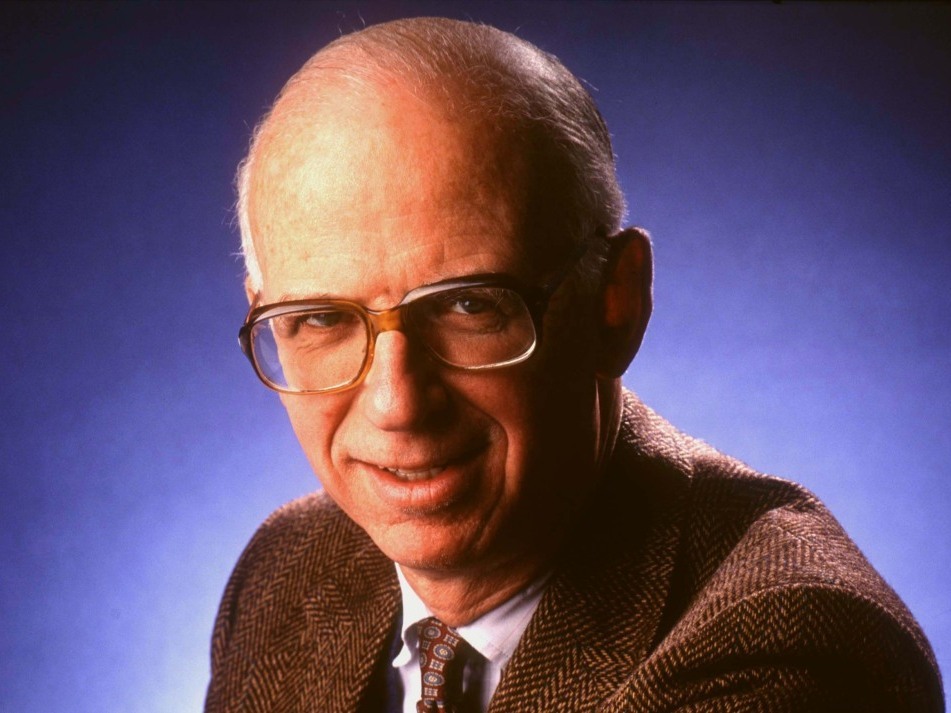 Mark Stencel is NPR's managing editor for digital news. He was columnist David Broder's researcher at the Washington Post from 1991 to 1993.

David Broder was hardly a techie. If anything, the acclaimed Washington Post political journalist was digitally disabled — more comfortable with a portable typewriter than a laptop.

Most remembrances published since David's death Wednesday at age 81 focused on his role as elder oracle of newspapering. But to me, my first boss in Washington was also an online pioneer, even if an unlikely one. David was game to try anything he thought might make the world he covered more accountable and accessible. In the key early days of online news, the Internet held untapped promise to do both. So he regularly contributed to his newspaper's initial transformation into a multimedia publishing company.

David's commitment to lowercase "I" interactivity was one of the first things I learned about him when I started work as his researcher 20 years ago. My first assignment: finding a ribbon for the manual typewriter David used to pound out three-sentence answers to every letter he received responding to one of his syndicated columns or frequent TV appearances. While other columnists answered readers with form letters ("due to the volume of mail I receive I cannot answer every letter personally"), David felt an obligation to answer all of them personally.

That's why, when I returned to the Post to be an online editor several years later, tapping David came to mind. As we prepared to launch a new political channel for the paper's 2-year-old website in early 1998, we invited David to answer reader questions in a live, moderated chat about that year's State of the Union address. We could not have known that President Bill Clinton would be speaking to the country amid the first flurry of news about an alleged sexual relationship with a White House intern. But David answered question after question about the burgeoning Monica Lewinsky scandal with his usual care and perspective.

When we wrapped up the conversation by asking whether the Lewinsky story would enhance or damage the Web's reputation as a news source, David answered with a Broderesque quip: "I think the Internet and Clinton will crash simultaneously." But David was hardly down on what we were trying to do. By the time George W. Bush took the oath of office in January 2001, David had returned to the site for frequent chats with our readers.

In the years since, I have worked for several news organizations — from elite, insidery Washington publishing companies, where we were excited to get an occasional letter to the editor, to this very large national news service, where we've debated how best to tap today's social media and moderate the sometimes inflammatory user comments on the online versions of our stories.

David instinctively understood how journalism needed to evolve to remain relevant to the voters whose mood he studied so carefully.

While sensitive to some of my colleagues' queasiness about the quality of the online discussion, I'm often reminded of how committed David was to that kind of interaction — even if he was using a typewriter instead of Twitter. "We'll have to agree to disagree," David often wrote on those postcards he sent to his readers, and he was just as respectful in his online appearances.

Participating in these digital "talk shows" wasn't the only way David lent his credibility to the Post's early online initiatives. He was among those who stood behind the newspaper's first efforts to break news online before it appeared in print, back when that idea was still a bit heretical to some of his co-workers.

When online news editors met with the newspaper's National desk in 1999, some reporters greeted pleas for early, online-only versions of the day's big stories with grumbles. But having once spent several years covering politics for Washington's defunct evening newspaper, David had a different take. He asked the Web editors if they were simply looking for a few brief stories to help keep the site updated between editions. The editors said, yes, that was really all they needed. David replied: "Then I don't think you're asking for enough."

That was pretty much that. If Broder was in, most of the desk was, too.

David also was among the most prominent champions of editorial "truth-squading" — especially when it came to political advertising. His approach to that kind of true-or-false journalism inspired early stabs at real-time fact-checking in the Post's online coverage of the presidential debates in 1996, 2000 and 2004 — and even more ambitious efforts by news sites such as PolitiFact.com and FactCheck.org in the most recent elections.

In addition, David was among the first Post journalists to work with the newspaper's new multimedia staff, regularly lending his face, voice and analysis to their experimental work producing video reports from the campaign trail. Over the years, David even took Post videographers with him as he went door-knocking in pivotal voting precincts to try to gauge the mood of the electorate — and the direction of the country.

I knew how important this work was to David, and why he'd want other journalists to see — not just read — what he was doing. As his researcher, I had pored over precinct-by-precinct returns to help David figure out what neighborhoods he should canvass in key states and districts. If there wasn't time to nail down the right precinct, David would find a public library or a Walmart parking lot to do his interviews in instead. "I'm going to talk to the damn voters," he would jokingly tell colleagues. But we knew David was actually talking about his very best sources.

David instinctively understood how journalism needed to evolve to remain relevant to the voters whose mood he studied so carefully. Now it's up to the rest of us in the news biz to make sure that all he taught us about covering American politics outlives him.

David will be best remembered as "the high priest of political journalism," as author Timothy Crouse dubbed him in his 1973 book The Boys on the Bus. But David also was a bit of a prophet, too.