Accessibility links
Dr. John: A New Orleans Legend In The Hall Of Fame Five-time Grammy winner Mac Rebennack, better known as Dr. John, is a member of the Rock and Roll Hall of Fame's 2011 class. In 1986, Rebennack joined Terry Gross for a conversation about his early days performing in the New Orleans club scene. 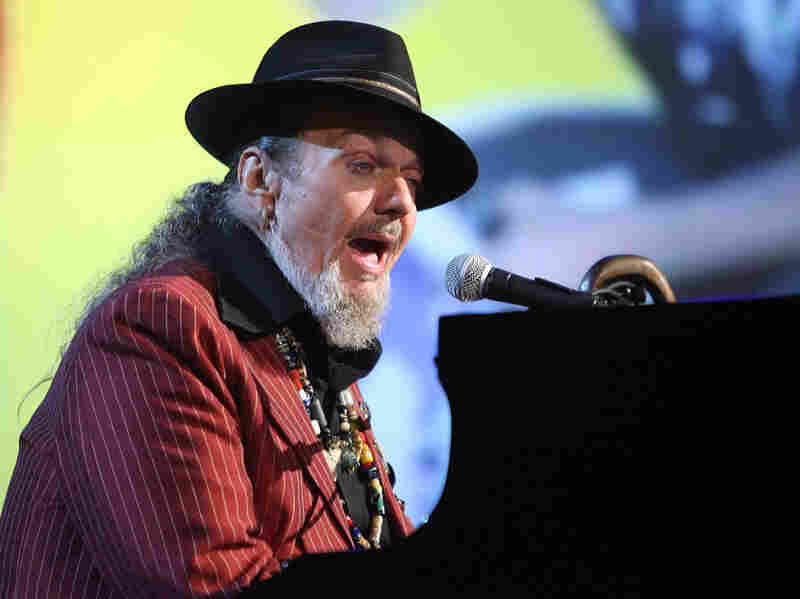 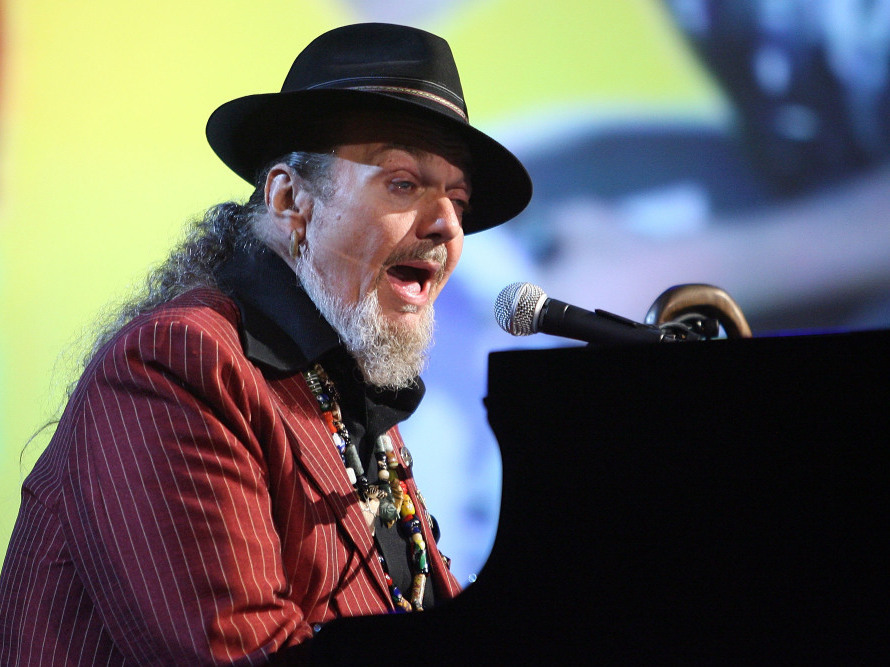 Five-time Grammy winner Mac Rebennack, better known as Dr. John, started working as a session musician and producer when he was still in his teens, performing with people like Jimmy Clanton, Frankie Ford and Huey "Piano" Smith. Musicians who epitomized the New Orleans sound, they'd promised Rebennack's parents that they'd watch out for him in the clubs.

It wasn't always easy to stay out of trouble. Most of the clubs were fronts for illegal activity, Rebennack told Terry Gross in 1986, and drunken brawls were frequent. But there were benefits to performing in illegal gambling halls, he said.

"What was great about it was that the owners of the clubs hired bands that played the music they liked. And there was a lot of freedom," Rebennack said. "We weren't under pressure to pack people in the club. These guys didn't even care if there were any people necessarily in the club, because that's not where the money was coming from."

In the mid-1960s, Rebennack left for Los Angeles, where he created the Dr. John persona. As Dr. John the Night Tripper, he led a production that combined voodoo psychedelic elements with old medicine shows. Dr. John would emerge on stage dressed in sparkling robes and shoot glitter out over the audience. A troupe of dancers performed to his band's music, which fused New Orleans rhythms with acid rock.

"The concept was to take all of the tricknology I knew from show business from over the years and [use] a lot of concepts that were easily and cheaply adaptable to make a show that would be real mystical in orientation for people," he said. "It was a real easy-to-do show. But when we first presented it, it was a little too authentic for the labels. They weren't quite ready for a guy biting a chicken's head off and stuff, so we modified the show down to be a lot less authentic [and made it] more showbiz-style and took it on the road."

In the early '80s, Rebennack moved to New York and recorded as a solo rhythm-and-blues pianist, paying tribute to his mentor, Professor Longhair. He also played as a session musician on albums for The Rolling Stones, Carly Simon, James Taylor, Neil Diamond and Van Morrison. In the past decade, he's continued to release new material, while also recording several tracks to support Hurricane Katrina victims.

"I have always looked at myself as just a musician who plays in a rhythm section," Rebennack said. "I feel very awkward being called 'a piano playing' [or] 'a something.' I'm not a great piano player, so to speak. I can play the piano, and I love to play music, but I just as much love to play the guitar, the bass or the drums or anything else in a rhythm section. And that's really my love."

On March 14, Dr. John will be inducted into the Rock and Roll Hall of Fame alongside Neil Diamond, Tom Waits, Alice Cooper and Darlene Love, in a ceremony that will include presentations by Neil Young, Paul Simon, Bette Midler, Rob Zombie and John Legend.