Accessibility links
Revisiting The Reagan Shooting In 'Rawhide Down' In Rawhide Down, journalist Del Quentin Wilber offers new information about the March 1981 day that President Ronald Reagan was shot in Washington, D.C. Wilber and Jerry Parr, the head of Reagan's Secret Service detail at the time of the shooting, speak with NPR's Ari Shapiro. 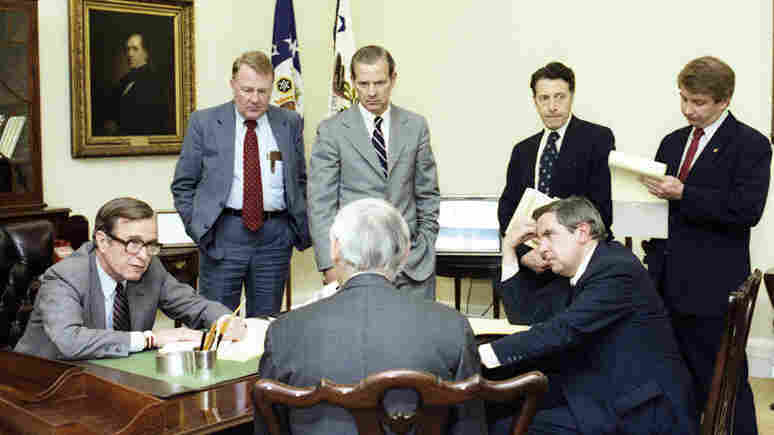 Thirty years ago this month, President Ronald Reagan took a bullet. His would-be assassin was John Hinckley Jr., who shot Reagan outside a Hilton in Washington, D.C., where the president had just spoken to an AFL-CIO lunch.

These events have been revisited often over the decades. But a new book by journalist Del Quentin Wilber seeks to redefine what we know about that day. The book is called Rawhide Down: The Near Assassination of Ronald Reagan. "Rawhide" was President Reagan's Secret Service code name. 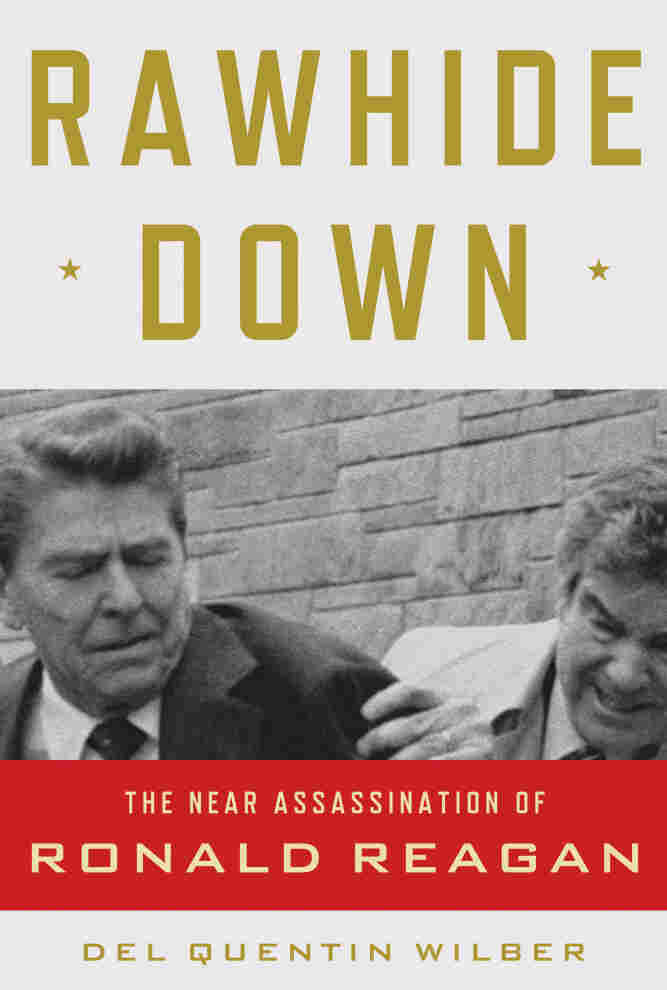 Rawhide Down: The Near Assassination of Ronald Reagan
By Del Quentin Wilber
Hardcover, 320 pages
Henry Holt and Co.
List Price: $27

To write Rawhide Down, Wilber relied on extensive interviews (over 125 in all) with the people who were at the president's side on the day of the shooting. One of those people was Jerry Parr, the lead Secret Service agent at the time. Parr and Wilber spoke to NPR's Ari Shapiro about the day the shots were fired, and how Reagan managed to keep his sense of humor throughout the traumatic event.

The audio version of this story contains tape recordings the Secret Service made public in response to a public records request by author Del Quentin Wilber.

Interview highlights are below.

Wilber: "See, no one knows [right away] that Reagan has been shot. Jerry doesn't know. As he is checking Reagan he runs his hands up and down Reagan, and he realizes, there's no blood on my hands, the president must be OK. We've got to get back to the most secure place in the world, the White House."

Parr: "What made me change the course, was that there was a profuse amount of blood coming out of his mouth, and I knew [this was bad] from the training I had in a 10-minute medicine course. I thought maybe I broke a rib when I came down on top of him. So I spoke to the president and I said, 'I'm taking you to the hospital,' and he basically agreed with me. He said OK, and he nodded or something. His blood worried me and his demeanor worried me, though I have often said he was perfectly lucid during the whole ride. We didn't say very much after I decided to go to the hospital. I took a chance that day, but the doctor said if we went to the White House first, and then came back, he'd have been close to dying." 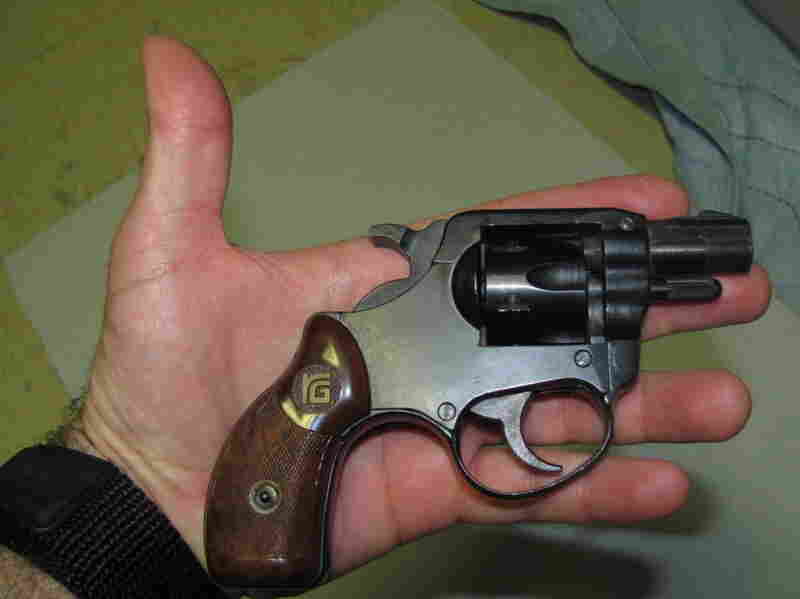 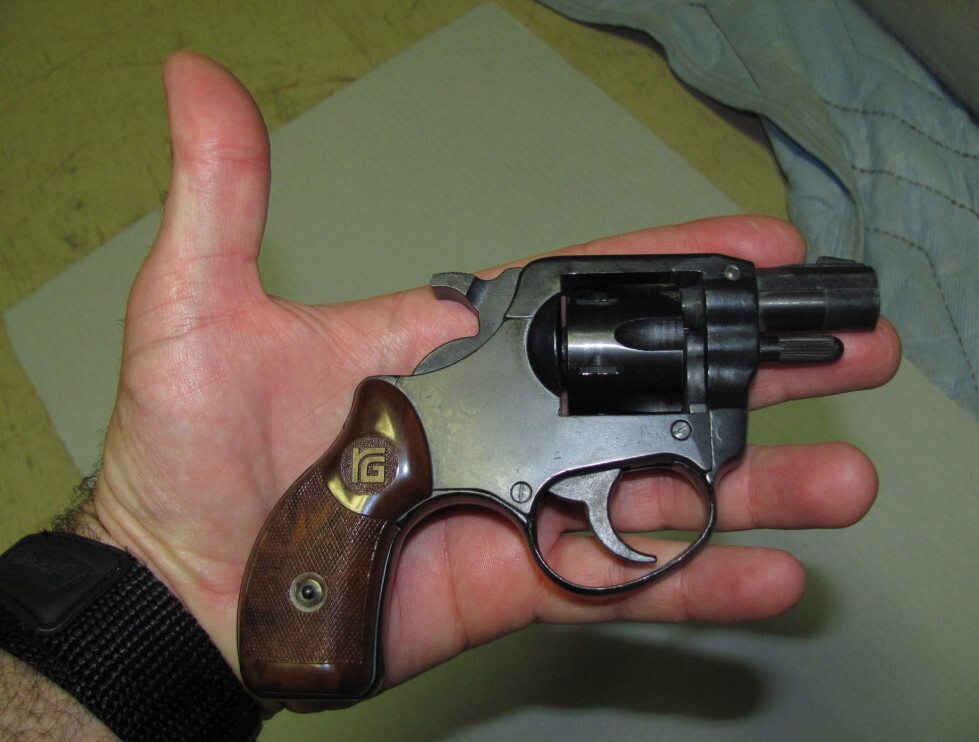 On the famous moment when Reagan walked himself into the ER

Wilber: "Reagan hitches up his pants, and he walks in. He walks 20 or 30 feet and collapses like a stone, Jerry and another agent grab him, and they carry him off to the trauma bay; his eyes had rolled back into his head. Nurses, doctors and paramedics who were there thought he was going to die. He looked that bad. But they treated him. They jacked him full of fluids, they got his blood pressure up, they stabilized him and kept him from going too far into shock and that's what saved his life."

On a nurse's shock at treating the president

Wilber: "One technician was treating him, and doesn't even look up. Then she looks up and sees all the Secret Service agents and says, 'Oh my god, it's Ronald Reagan.' She freaks out. She goes over, picks up smelling salts from the wall, and smells them to shock herself back into attention."

Parr: "After he regained consciousness I was standing close to his head, and he had an oxygen mask on but I could hear him, and he said, 'Jerry, I hope they're all Republicans.' We all smiled but we were under a lot of stress and I didn't burst out laughing, and then he did it again. And that's when Dr. Giordano said, 'Today, we're all Republicans.' "

Del Quentin Wilber covers the federal court system for The Washington Post. He lives in the Washington area with his wife, NPR correspondent Laura Sullivan, and their two sons. Sam Horine/ hide caption 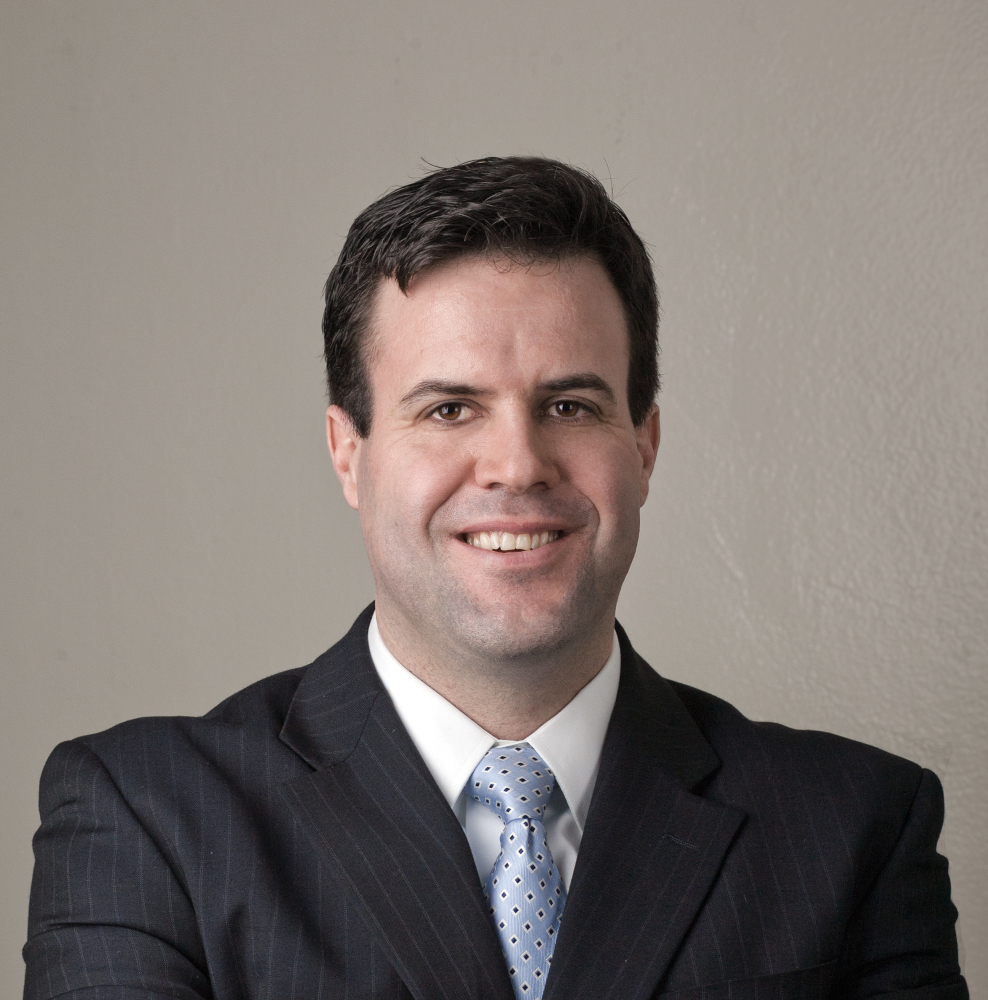 Del Quentin Wilber covers the federal court system for The Washington Post. He lives in the Washington area with his wife, NPR correspondent Laura Sullivan, and their two sons.

On the doctors not immediately realizing that Reagan had been shot

Wilber: "They think he's broken a rib or punctured a lung. The doctor can't get breath sounds on the left chest. So they think, we better roll him over, and then there is a tiny little slit. The reason it was like that is that the sixth shot smacked the right rear quarter panel of the limousine and slipped through a gap that was about an inch and a half thick, and hit Reagan right in the side about 4 or 5 inches below the armpit. It hit him like a saw, and once it got in his body, it ended up an inch from his heart."

Parr, looking back at his Secret Service career

Parr: "Since he did live and do what he did for those eight years, you can see the results of saving his life. And that's what our job is, saving lives. Let me reflect on that with you: Before that event, even though there had been attacks on John Kennedy and Robert Kennedy and Martin Luther King [Jr.], a whole bevy of problems for the Secret Service, we still took a defensive posture. With this event we realized that wouldn't work anymore, and we did it in a flash. That's what came out of it. Yes, it could have been done better, and I was the boss, so I always took the blame, but I will also take the blame for the successes."

On the reporting process, and nurses' stories from the day of the shooting

Wilber: "I interviewed a lot of people; I lost count after 125. I really benefited from doctors and nurses who went home and took notes of what happened that day — it was a historic day. They wrote diary entries, even spoke into tape recorders.

One nurse I spoke to at the end of my process had a wonderful Reagan story. He survives, and he is in the recovery room all night writing funny notes to nurses, like 'All in all, I'd rather be in Philadelphia.' They wheel him off to the ICU, and he is sitting there and [they] comb his hair and get him presentable for his first meeting where he has to sign the dairy bill. And his aides come in, and say, 'Well, Mr. President, we just want to let you know that the guy who did it is crazy, but he is from a good family.' And Reagan says, 'I was kind of hoping it would be the KGB.' And there is a pause, and Reagan says, 'Nah, I don't think so, he wouldn't have missed then.' " 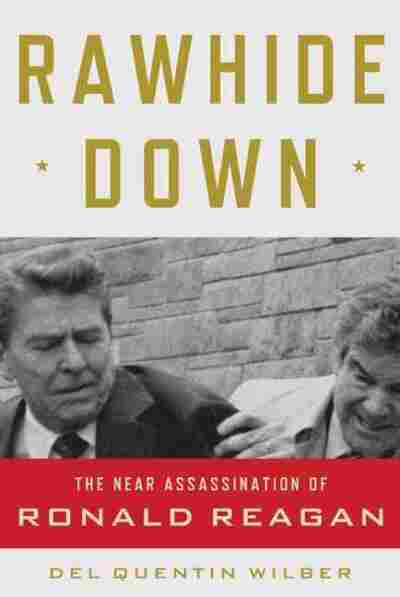 The Near Assassination of Ronald Reagan