Accessibility links
'Certified Copy': A Marvelous, Mind-Blowing Movie Iranian director Abbas Kiarostami's Certified Copy appears to tell a simple story — two people, played by Juliette Binoche and William Shimell, are mistaken for a long-married couple. But there are plot twists that will "ping-pong around your mind for days," says critic David Edelstein. 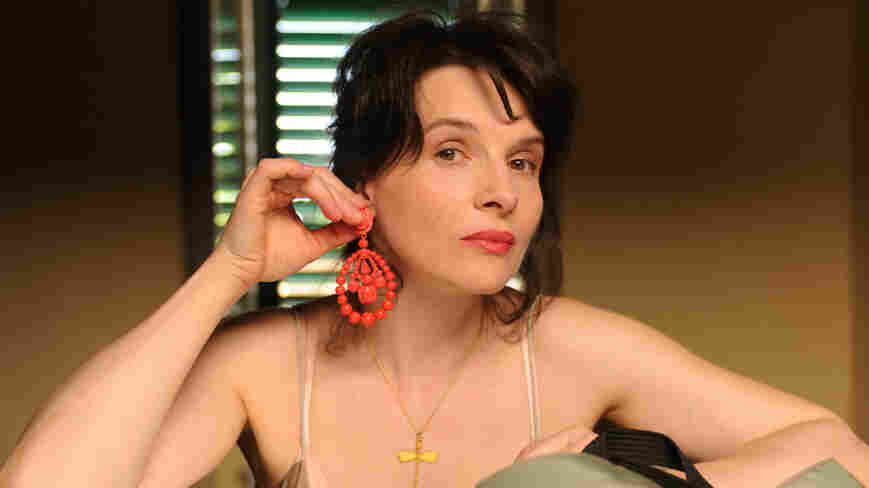 In Abbas Kiarostami's Certified Copy, Juliette Binoche plays a gallery owner who pretends a British author, played by William Shimell, is her husband for an afternoon. "If you love the idea that our relationships are fluid, the movie will ping-pong around your mind for days," says David Edelstein. /IFC Films hide caption 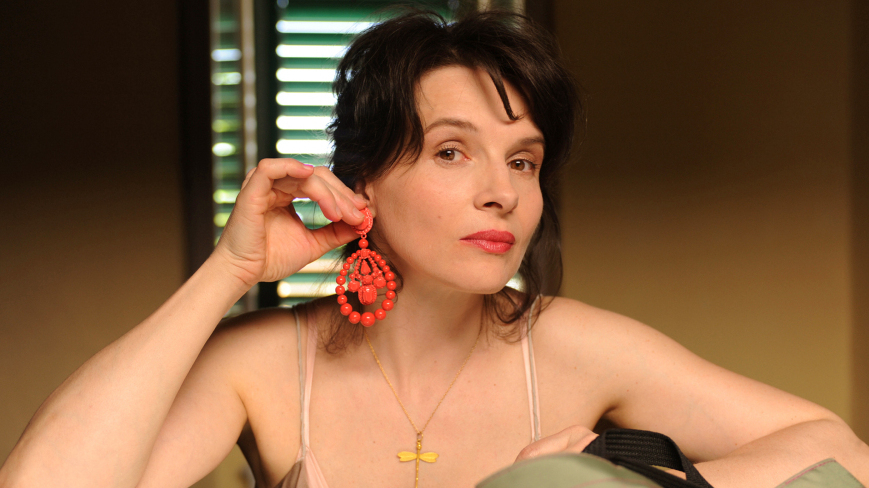 In Abbas Kiarostami's Certified Copy, Juliette Binoche plays a gallery owner who pretends a British author, played by William Shimell, is her husband for an afternoon. "If you love the idea that our relationships are fluid, the movie will ping-pong around your mind for days," says David Edelstein.

Certified Copy is Iranian director Abbas Kiarostami's first film set in Europe and his return to narrative after a decade of experimental and documentary work. But it's anything but simple. It's a mind-bender, a piece of philosophical gamesmanship that can baffle you and psych you out — but also deliver the goods.

At first, Kiarostami appears to tell a linear story. Juliette Binoche plays a Frenchwoman, an apparently single mother identified in the credits only as "She," who lives in Italy and runs a gallery selling antique sculptures. She has recently met — no, she has apparently recently met — a British author, James Miller, played by opera singer William Shimell. She's clearly attracted to him, even though she disputes the thesis of his art theory book, also called Certified Copy, which carries the subtitle, "Forget the original, just get a good copy." His idea, which I'm way simplifying, is that originals are overrated and widely-circulated fakes can lead you to an understanding of the work. He doesn't say how but that's what the movie attempts to dramatize.

The bulk of Certified Copy happens in the course of a day in which She and James drive to a Tuscan village where many couples come to get married. Car rides are big in Kiarostami's films, and this one is tantalizing. There's something electric between these two. She's nervous and fidgety, laughing to herself at private jokes. James seems rather pretentious — but, it should be said, Shimell in his non-singing debut is extraordinarily charismatic: tall and lean and elegantly tousled, with the most beautiful baritone speaking voice. They talk of art and forgeries while reflections of the ancient Tuscan buildings slide up and down the windshield. While she drives, she asks him to sign copies of his book, which she says she first encountered with her sister, Marie. 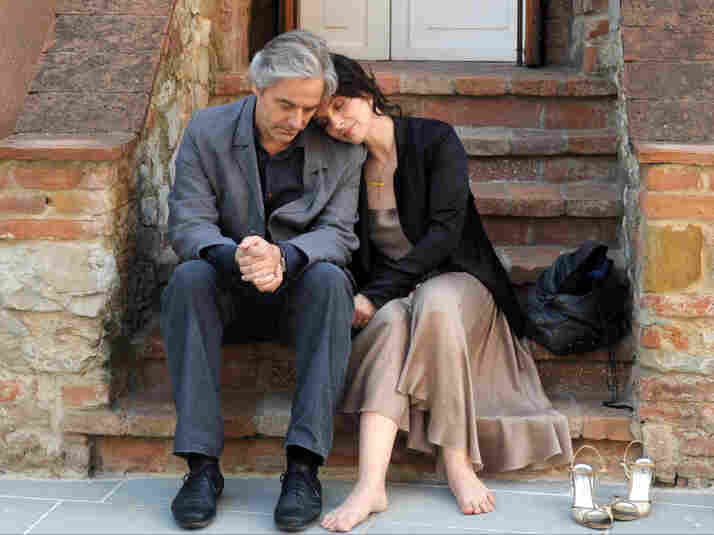 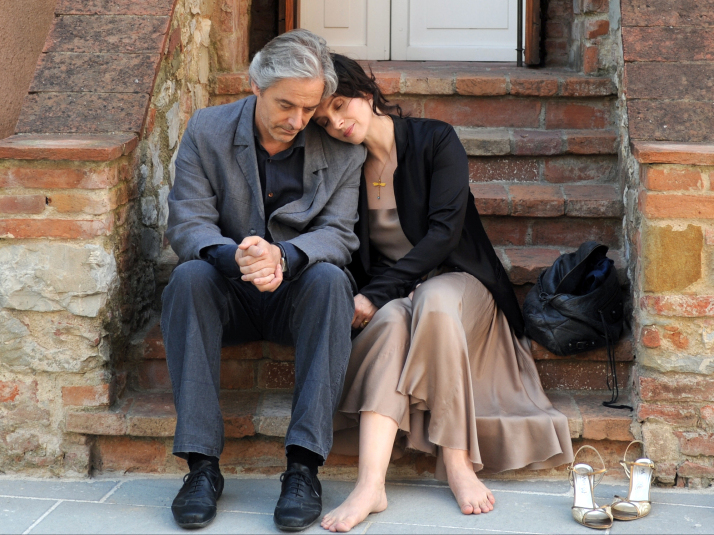 As the couple's wanderings through the ancient village become oddly tense, there's a complete, absolute change of direction. In a cafe, James tells She a story about the emotional distance he once observed between a mother and small child that seems to be about her and her son, and she cries. Then the old proprietress mistakes them for a long-married couple. Then, slowly, they appear to be a long-married couple, married 15 years earlier in this very village; that marriage now, in the painful throes of dissolution.

Most people's response to this jarring discontinuity can be easily summed up: "Hunh? Wha--?" Is this some Sixth Sense trickery? As the conflict drags on, She speaks in French, James in English, as if only in their native tongues can they reveal their primal selves. Are they really a couple? Or are they play-acting — as if to prove the thesis of James's book?

If you're literal-minded, you'll leave Certified Copy in a foul mood, maybe thinking it's a fraud — The Emperor's New Clothes. But I think great artists earn our leaps of faith. I loved Kiarostami's vision of the fluidity of relationships, even of identities. And while this all sounds rather abstract, what's onscreen is tactile and emotional, full of anger, unexpected tenderness, devastating epiphanies.

Juliette Binoche is acting a role, which means she's a fake, in the sense that all actors are fakes. But I could swear in those long takes she was dissolving before our eyes and becoming this woman. Acknowledging its artifice, Certified Copy becomes intensely, miraculously real.