Accessibility links
Wye Oak In Concert Together, Baltimore's Jenn Wasner and Andy Stack form one of the moodiest and most grippingly emotional bands to emerge in recent years. Hear and download their concert, originally a live NPR Music webcast from Washington, D.C.'s Black Cat. 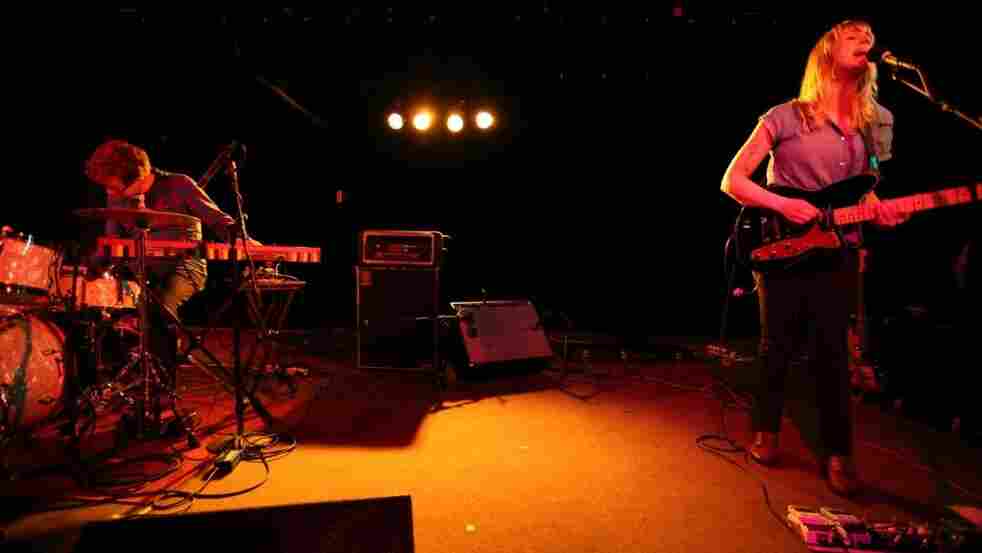 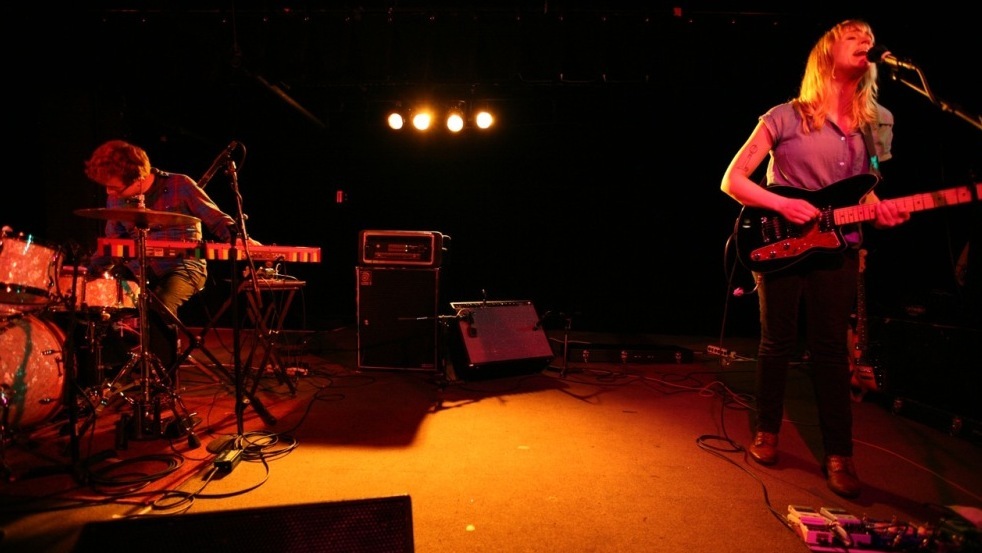 Andy Stack and Jenn Wasner of Wye Oak perform at The Black Cat in Washington, D.C. on March 11.

Baltimore has produced some of the most sonically adventurous and original bands of the past decade, including the manic electronic artist Dan Deacon, the noise-rock group Ponytail and the experimental sound artists in Animal Collective. A pair of moody and grippingly emotional bands from the city's scene, Wye Oak and Lower Dens, came together at Washington, D.C.'s Black Cat for a night of live music, webcast on NPR Music. Wye Oak's set is available above. Hear and download the opening set by Lower Dens here.

Wye Oak's records work on many levels: as rock music that billows majestically, as pop music that gets its hooks into you in more ways than one, and as fascinating and mysterious examinations of doomed romance. Jenn Wasner and Andy Stack's third and latest full-length album, Civilian, achieves a potent mix of raging bluster and atmospheric beauty.