Accessibility links
Obama: Ready To Tap Oil Reserve If Needed The president said the U.S. is prepared to release oil from the strategic reserve in the event of an emergency shortage, but that oil prices aren't high enough to warrant it. He also said the earthquake and tsunami in Japan are a potentially catastrophic disaster and the U.S. has offered any assistance required. 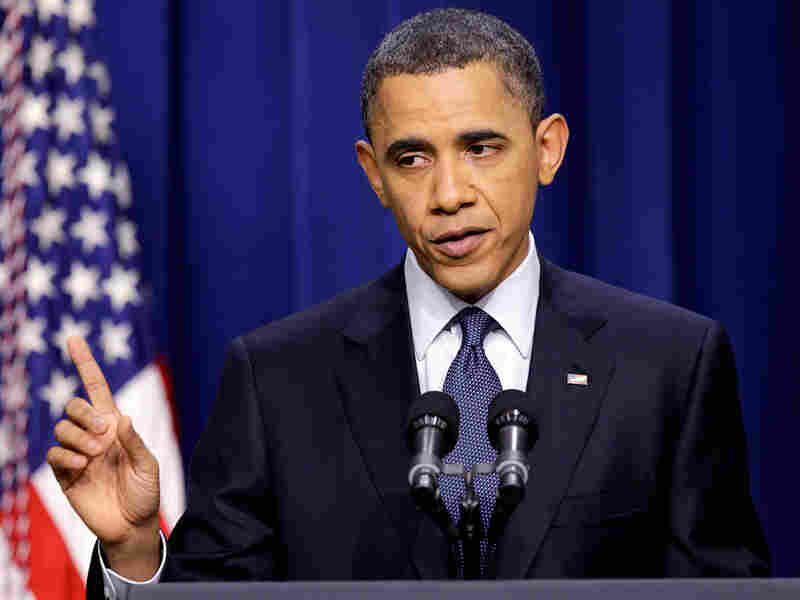 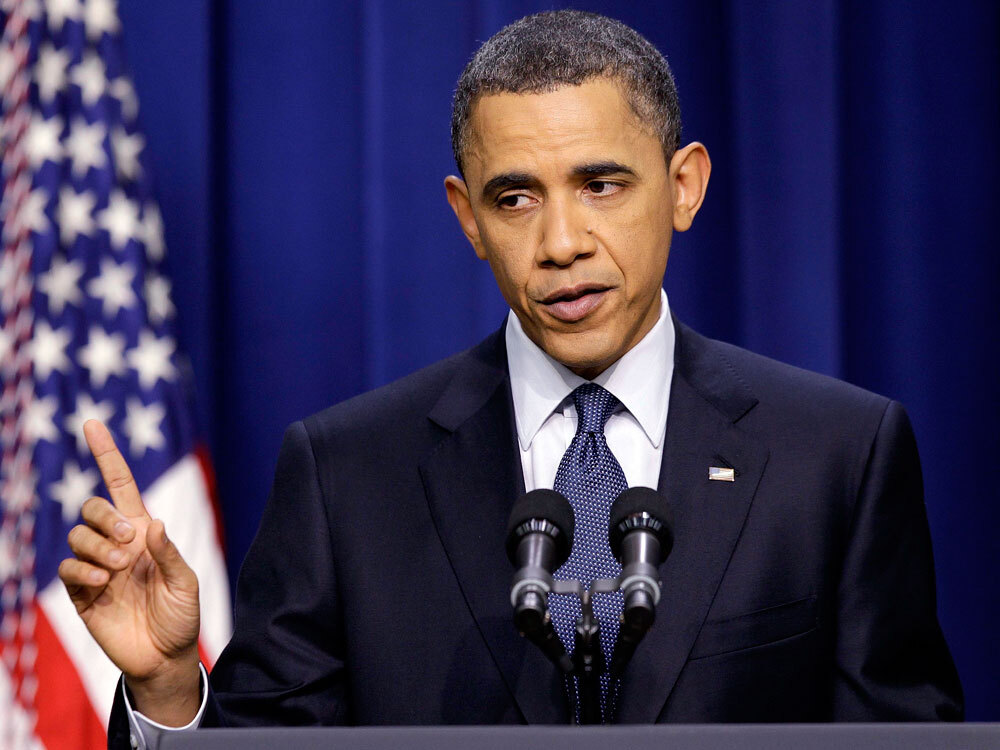 President Obama answers a question during a press conference Friday in Washington.

President Obama said in a news conference that he is prepared to tap the U.S. emergency oil reserve, if necessary. He also said Friday's earthquake and tsunami in Japan are a potentially catastrophic disaster and the U.S. has offered any assistance required.

Obama said one U.S. aircraft carrier is positioned off the coast of Japan, another is en route and American forces are helping with evacuations. In addition, U.S. military aircraft have delivered coolant to a damaged nuclear power plant in Fukushima prefecture.

The president said he has directed Energy Secretary Steven Chu to keep in contact with Japanese officials monitoring the facility for potential radiation leaks.

"Our thoughts and our prayers are with the people of Japan. This is a potentially catastrophic disaster," Obama said.

As waves resulting from the tsunami struck Hawaii, Guam and other U.S. territories, he said the Federal Emergency Management Agency has deployed and is coordinating with local authorities.

"We're taking this very seriously and we're monitoring this situation very closely," the president said. ... "Let me just stress: If people are told to evacuate, do as you are told."

Obama addressed a range of issues in a news conference initially convened to address rising oil prices. This week the administration came under pressure amid calls from congressional Democrats for him to tap the nation's oil reserves to temper gasoline prices. There is also growing Republican criticism of his energy policy.

In the past two weeks, owing to unrest in Libya and the Middle East, the national average for gas prices has climbed past $3.50 per gallon — its highest level ever for this time of year. On Friday, oil prices fell to around $101 per barrel in reaction to the earthquake in Japan.

Obama said the U.S. is prepared to release oil from the Strategic Petroleum Reserve in the event of an emergency shortage, but that the ongoing escalation in prices doesn't warrant such action.

Instead, he sought to calm the roiling markets by emphasizing that other oil-producing countries have committed to helping the U.S. withstand potential interruptions in oil supply due to the unrest in Libya and the Middle East.

"The global community can manage a supply disruption like this," the president said. "Here at home everybody should know that should the situation demand it, we are prepared to tap the significant stockpile of oil that we have in the Strategic Petroleum Reserve."

In addition, the president said he has directed the U.S. attorney general and state agencies to monitor for potential oil-price gouging and "any possible manipulation in the oil markets."

Obama urged Congress to pass stalled comprehensive energy legislation that would protect the U.S. in case of disruptions in oil supply from overseas. He said domestic drilling for oil and gas has reached a seven-year high and that he has directed the Interior Department to crack down on unused offshore drilling leases. He also said efforts are under way to explore new oil excavation in Alaska.

No Actions 'Off The Table' On Gadhafi

Obama reiterated his call for the end of Libyan leader Moammar Gadhafi's rule and said that he and NATO allies are considering all options, including military. He said diplomatic responses, including sanctions and the freezing of Gadhafi's assets, are "tightening the noose" around his regime.

The president said NATO forces will meet next week to discuss enforcing a no-fly zone over Libya, for which he said he wants the support of neighboring African nations.

"I have not taken any options off the table at this point," Obama said.

The president pushed back against an assessment made Thursday by his national intelligence director, James Clapper, that Gadhafi very likely would overwhelm rebel forces.

"He was making a hardheaded assessment" of Gadhafi's military advantage, Obama said of Clapper. "He was stating policy."

Obama said Secretary of State Hillary Clinton will meet with Libyan rebel leaders next week and that the U.S. would remain in close contact with them.

Asked about the ongoing budget debate in Congress, he expressed frustration at the pace of negotiations, which he said have virtually ensured the need for lawmakers to approve another extension of the current budget to keep the government operating.

"We can't keep on running the government based on two-week extensions . ... That's irresponsible," Obama said, calling on Democratic and Republican lawmakers to quickly reach a compromise.

"The notion that we can't get resolved last year's budget in a sensible way with serious but prudent spending cuts, I think, defies common sense."

Obama vowed to "hold the line" against Republican efforts to cut allotments for Pell Grants for college students and for Head Start, which he said would eliminate the jobs of 55,000 teachers.

"We've got to get serious about living within our means, but we can't stop investing in our people," Obama said.