Accessibility links
Science Nerds Meet Foodies In 'Modernist Cuisine' The 40-pound, six-volume, $625 and 2,438-page cookbook celebrates the science of cooking. But at that price — and with such exactingly detailed "recipes" — who's gonna buy it?

When Nathan Myhrvold was 9 years old, he announced to his mother that he was going to cook Thanksgiving dinner — the entire meal, all by himself. Though it wasn't a smashing success, it did cement his life-long interest in food.

Myhrvold read hundreds of cookbooks and essentially became a self-taught chef. In the mid-1990s, he took a leave of absence from his job to go to a professional chef's school in France. 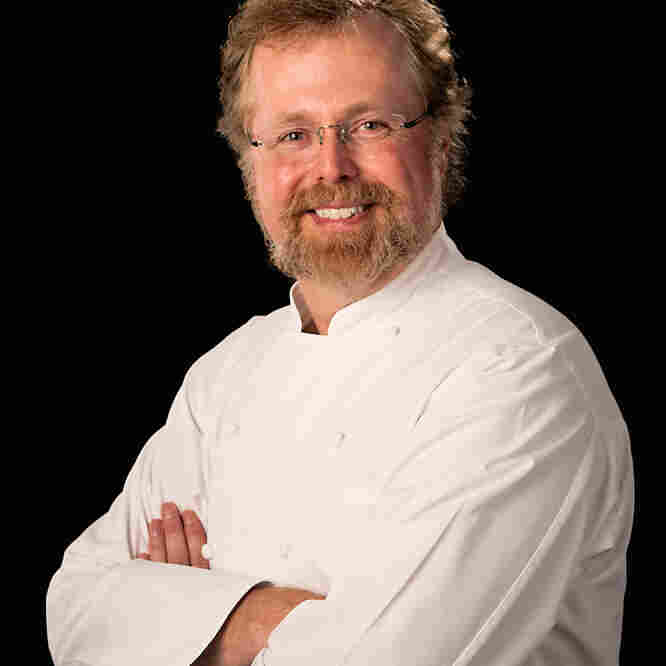 That job that he had left was at Microsoft, where Myhrvold served as the company's chief technology officer. With degrees in mathematics and geophysics, as well as Ph.D.s in mathematical economics and theoretical physics, Myhrvold is more well-known for his work in the world of science and technology than he is for his cooking.

Food continued to be a passion, though, and Myhrvold found a way to combine that love with his love of science. Along with his two co-authors, Chris Young and Maxime Bilet, Myhrvold created a self-published, highly produced, six-volume cookbook entitled, Modernist Cuisine: The Art and Science of Cooking.

"Food, like anything else in the physical world, obeys the laws of physics," explains Mhyrvold. "The fact is when you whisk together some oil and lemon juice and make mayonnaise, you're using the principles of physics and chemistry there, too. I think that understanding how those principles affect cooking helps you cook better."

That scientific approach to food is part of the modernist movement, which strives to understand science in the kitchen and to use new technologies and techniques to change how people eat and appreciate food.

The Magical Making Of A Parmesan 'Egg'

Chef Jose Andres and his team at Minibar in Washington, D.C. demonstrate the making of a Parmesan 'egg.'

It's a movement that started in Spain, under the leadership of a Catalan Spanish chef named Ferran Adria. But increasingly, chefs outside of Spain are experimenting with modernist cooking, like Jose Andres of Washington, D.C. Andres studied under Adria, and his restaurant, Minibar, is known for its innovation and creativity with food.

Andres thinks Myhrvold's book will be a gift to humanity; a way to preserve the techniques and creativity of cooking in the early 21st century. They are techniques that he himself uses as he tries to reinvent traditional food. And, as Andres point out, what's considered traditional now was likely revolutionary once upon a time.

"Today we take New England clam chowder as something traditional that makes our roots as American cooking very solid, with a lot of foundation," says Andres. "But the first person who decided to mix potatoes and clams and bacon and cream, in his own way 100 to 200 years ago, was a modernist." 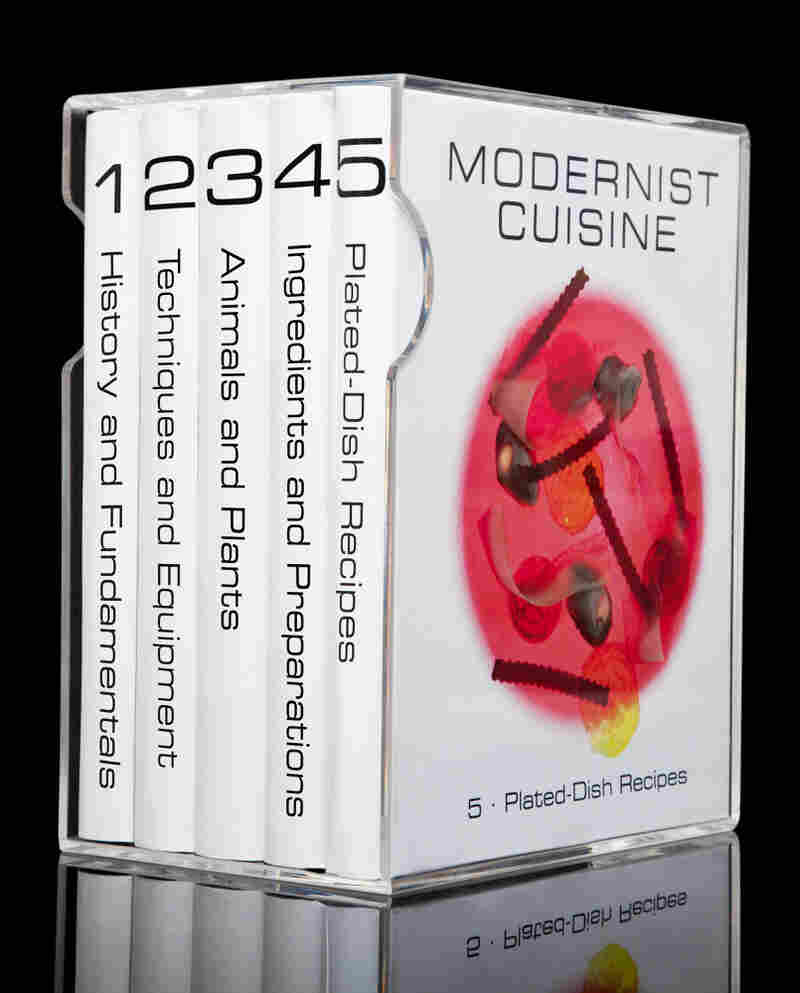 Myhrvold also uses traditional cooking as a jumping-off point; an example is that old American standby, barbecue. The book has extensive information about smoking, and the differences between grilling and barbecue. But it also demonstrates how to do traditional barbecue in a nontraditional way, using techniques from sous-vide, which involves cooking at low, accurate temperatures, usually in a water bath.

At first glance, these kinds of elaborate techniques might seem intimidating — calling for unfamiliar, high-tech equipment. But Myhrvold says that 80 percent of the book can be cooked with items available at any ordinary kitchen store.

As for following the 1,600 complex recipes? The book contains elaborate photographs and detailed step-by-step illustrations providing information on both the how and the why of modernist techniques.

In fact, the astonishing photography is one of the ways Myhrvold hopes to get people excited about the book.

"Early on in the book project, I hit on the idea of doing cutaway photos — what's happening inside your food as it cooks," he says. "You see the glowing coals, and the fat flaring up from the burger, and the burgers themselves are cut in half so you can see the heat progressing through the burger. And by doing that, you got people excited, and I would show them a view of food they'd never seen before."

With a retail price of $625 ($461.62 online), there's some question as to who might be able to afford a copy of Modernist Cuisine. But, as Myhrvold points out, the book costs less per pound than Parmigiano Reggiano — and about as much as dinner for two at a top restaurant.

And, it will last much, much longer. 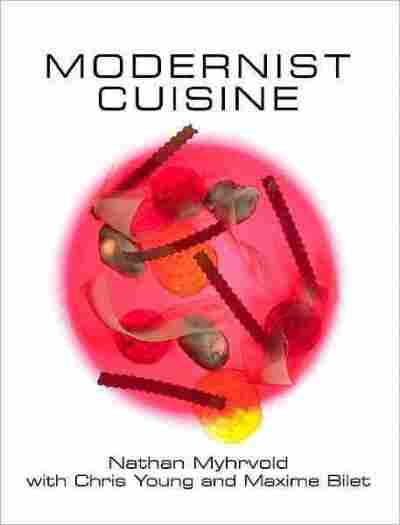 The Art and Science of Cooking