Accessibility links
First Listen: Kurt Vile, 'Smoke Ring For My Halo' The Philadelphia singer-songwriter leaves primitive arrangements behind on his dreamy new album. Hear Smoke Ring for My Halo in its entirety here until its release on March 8. 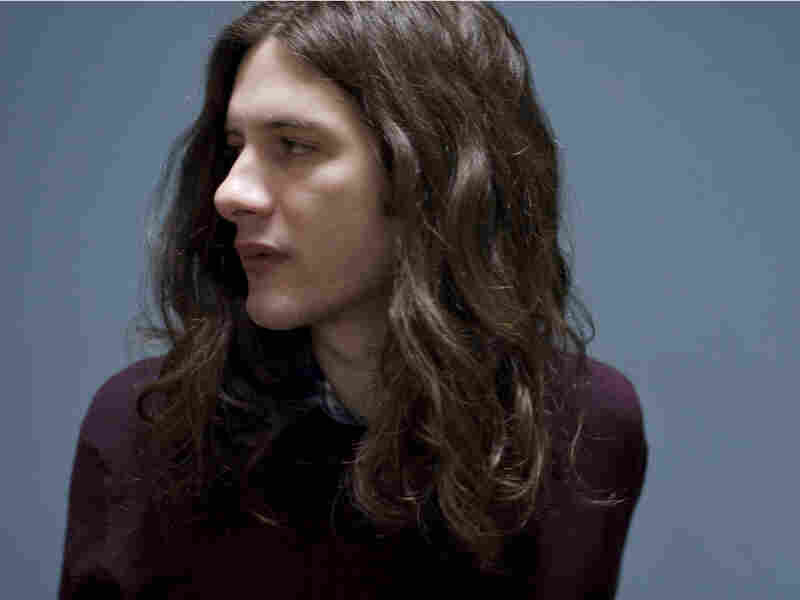 Philadelphia singer-songwriter Kurt Vile first emerged in 2008 with an album called Constant Hitmaker. That title has since become Vile's unofficial nickname, and on his new album, it's easy to see why.

Smoke Ring for My Halo is the fourth full-length album from Kurt Vile — and, more importantly, the first since his 2009 breakthrough, Childish Prodigy. The difference between the two records is instantly audible. Where Prodigy was hazy and primitive, Smoke Ring boasts cleaner, clearer production that allows Vile's melodic gifts and intricate guitar work to shine through.

Speaking of which, gorgeous guitar playing permeates this album. "Baby's Arms" has the dark, ambient textures of an early Grant Lee Buffalo song, while the six-minute-plus "Ghost Town" works up a dreamy, dusty cloud of two-chord bliss. Smoke Ring for My Halo has a weariness that can slow it down over the course of its 47 minutes, but these are some of Kurt Vile's best foggy notions yet.

Smoke Ring for My Halo will stream here in its entirety until its release on March 8. Please leave your thoughts on the album in the comments section below.