Accessibility links
A Woman And Her Magical Portal 'The Other Life' In The Other Life, author Ellen Meister writes about a woman who can simultaneously live two realities — that of a suburban houswife, and a big city dreamer. How does she do it? Through a portal hidden in her basement. 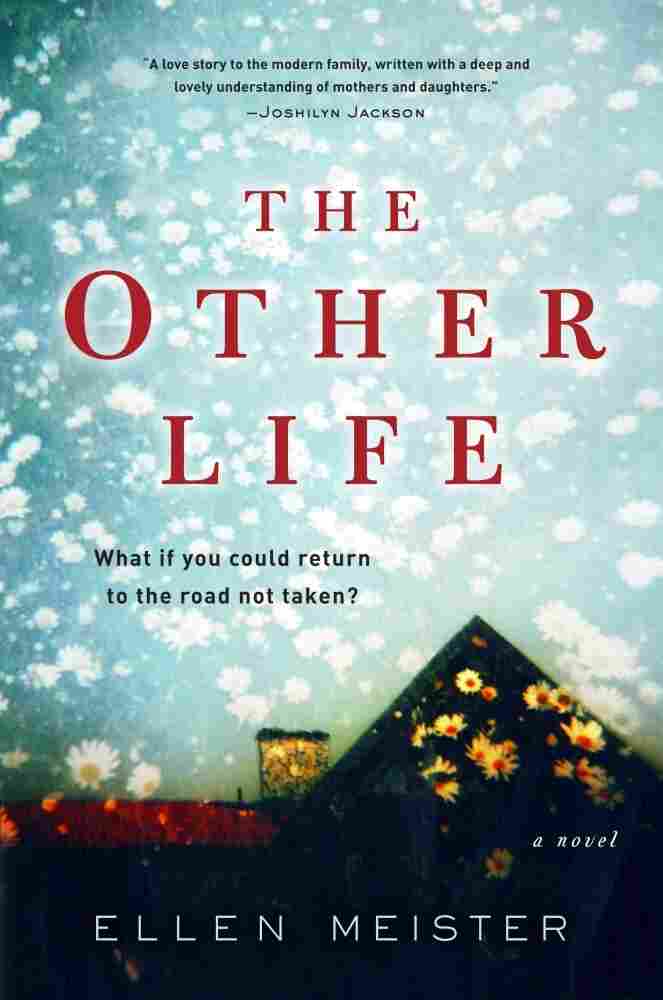 There is only one protagonist in Ellen Meister's new novel, The Other Life, but there are two plots. Quinn Braverman is a pregnant suburban mother of a 6-year-old boy, and wife of a down-to-earth guy who owns a fleet of taxis. Quinn is also the single girlfriend of a needy shock jock, who lives in a high-rise apartment in Manhattan.

The thing is, she lives both lives simultaneously and can switch between the two. Ellen Meister spoke to Weekend Edition's Liane Hansen about her romance-meets-fantasy book.

In the book, Quinn has access to a portal in her basement laundry room. The character's parallel lives, Meister says, can be traced back to Quinn's childhood.

"Something happened with Quinn, when she was a baby — and it is explained in the book — that split her life in two," she says. "And growing up she was aware that every time she made a major life decision, another life existed in which she made the opposite choice. There are portals between the two lives, and she's very much aware of them. She's actually come close and brushed against [the other life], but she's never been tempted to slip through and go from one life to the other."

That is, Meister says, "until something fairly large happens in her life that causes enough stress for her to want to see what's there on the other side."

With all the talk of portals and zapping between realities, it would be easy to classify Meister's novel as a work of science fiction, but she says that she never saw it that way.

"It never occurred to me as science fiction — it occurred to me as this very powerful 'what if?'" she says. "I got the idea because I was just sitting home one day, in that typical moment where the husband had left for work, the kids had left for school, and I was thinking about the fact that when I'm alone in the house during those precious few hours, I get to escape into this world of fiction that I've created. 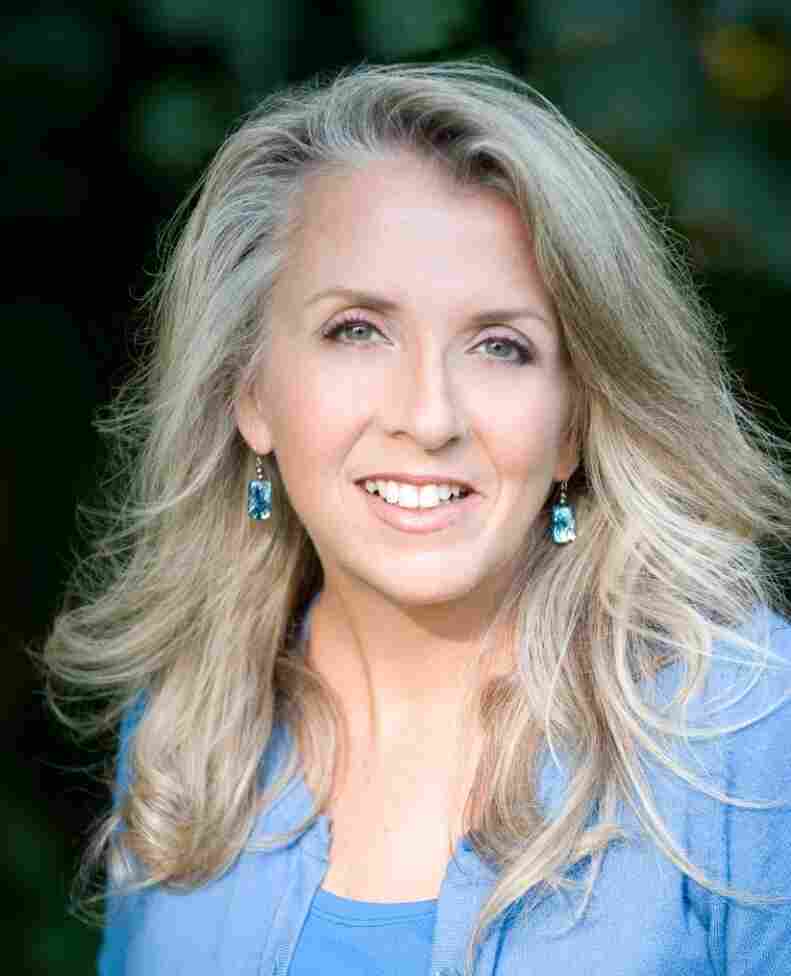 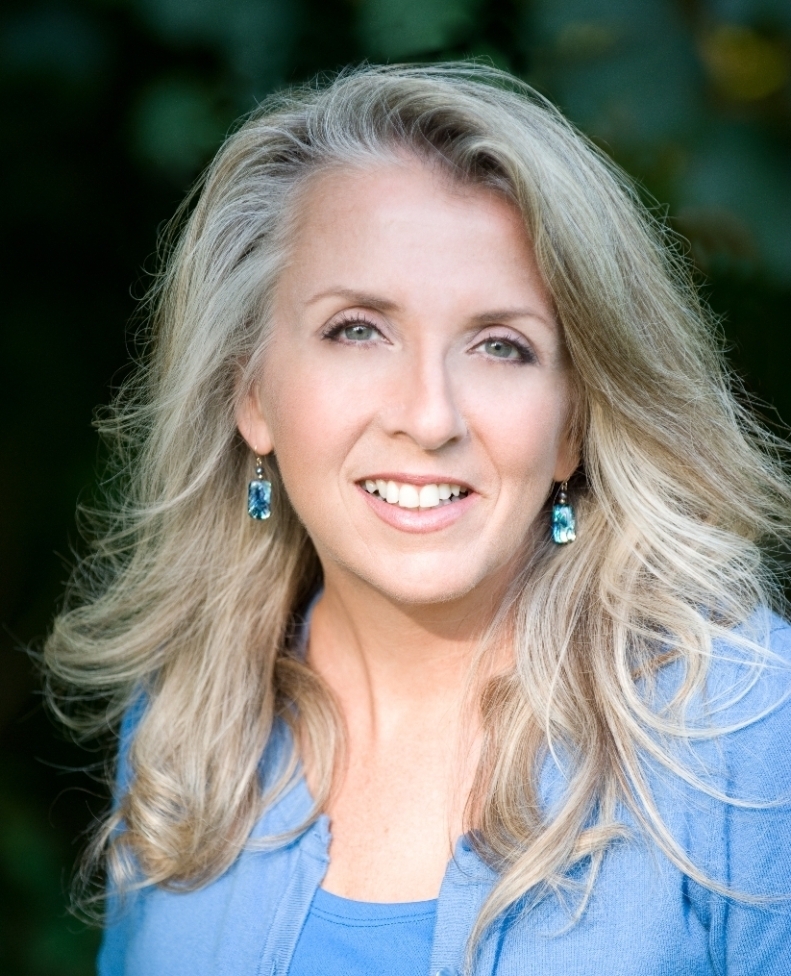 Ellen Meister lives on Long Island with her husband and their three children.

"And I was focusing on that, and thought, what if a woman had the ultimate escape, the ability to actually slip through a portal to a life she would have had if she'd made different choices? I immediately pictured the portal in the most domestic scene you can imagine, right behind an ironing board in her basement, in fact in the foundation of her house, which seemed a really neat metaphor to me."

Meister admits that she had no knowledge of quantum physics or string theorist Brian Greene's contention that there may be several dimensions existing at once.

"I learned about that only after I had written the book," she says. "And I said, look at that, I stumbled onto quantum physics."

As for whether there is any of her own life in The Other Life, Meister acknowledges that she draws from reality for her fiction: "In some respects, of course. While there might not be actual facts lifted from my life, what I try to do as an author is take emotional truths and put them in fictional scenarios."

So was she concerned, as an author, that the "portal gimmick" might start to feel like an episode of The Twilight Zone and bog down the writing?

"That was a very tricky thing to navigate," she says. "But I sat down and said let me see how I can make this work and make it not feel like science fiction and not even feel paranormal. I didn't say to myself, I'd love to write a magical realism book, but that was really the tone I wanted to set with this book. I really just wanted to explore this woman and her two lives and her choices."

The end of the novel leaves a great deal unresolved in Quinn's life, and Meister says she wanted it this way.

"I didn't leave it open ended for another book." she says. "What was important to me wasn't what happened, [but] what Quinn's decision was. That was where I wanted to leave the reader. What was critical was where she got to, and what decision she made."

Excerpt: 'The Other Life' 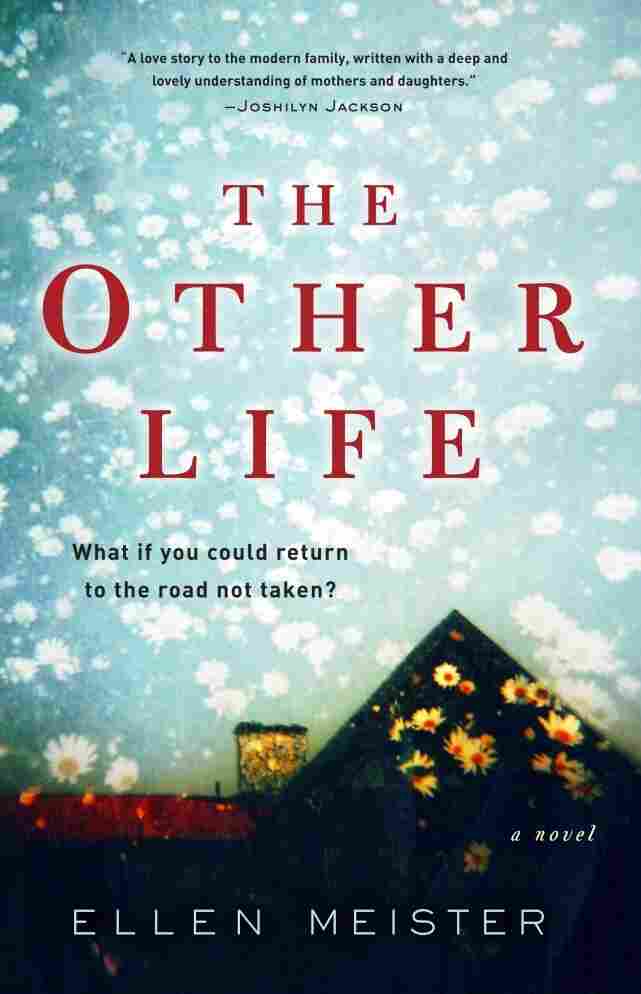 Quinn Braverman had two secrets she kept from her husband. One was that the real reason she chose him over Eugene, her neurotic, self-loathing, semi-famous ex-boyfriend, was to prove her mother wrong. She could have a relationship with a normal, stable man.

The other was that Quinn knew another life existed in which she had made the other choice. The two lives ran in parallel lines, like highways on opposite sides of a mountain. There, on the other side, the Quinn who had stayed with Eugene was speeding through her high-drama, emotionally exhausting, childless urban life. Here, the Quinn who had married Lewis lived in the suburbs of Long Island, drove a Volvo, and was pregnant with her second child.

But the important part of the secret—the part that terrified and thrilled her—was that she knew it was possible to cross from one life to the other. There were portals.

Sometimes she discovered them by accident. Like last month at the supermarket, when she had her hand deep in a bin of string beans, groping for the fresh ones on the bottom. She saw Isaac, her six-year-old, eyeing the Lucky Charms in someone else 's cart, and could tell from his expression that he was considering making a grab for the box. He glanced at her—his conscience—and she simply shook her head.

"Because we don't take things that don't belong to us."

It was an important lesson and she meant to be stern about it, but when he folded his arms and pouted, Quinn laughed. Something about his naked petulance was so guileless that it melted her heart. When adults behaved like that, it was just plain obnoxious, though she had always excused it in Eugene, her ex. His neediness brought out her tender side. He was anxious, prickly, and so often miserable that comforting him was practically a full-time job. But of course that was Quinn's nature—she was a caregiver. All those years of handling her mother's moods had taken root in her psyche, and Quinn grew toward the troubled like a plant seeking sunlight.

She thought about that as she picked through the string beans. The first cousin of that need to be needed was guilt, Quinn's constant companion. Her conscience gnawed at her continuously. Was she doing enough for Isaac? For Lewis? Had she done enough for Eugene, or had she ruined his life by leaving him when she did? As she turned that thought over in her mind, the solid mass of raw vegetables beneath her fingertips seemed to push away on their own, like a magnet repelled by its opposite. She knew then that she was touching the edge of the other side, and that if she moved the string beans she would find a fissure in the bottom of the bin, a rupture in her universe that presented itself during these moments, when the choices she made to alter her own destiny intersected with the choices she hadn't. Quinn wiggled her fingers, thinking about the life she hadn't chosen. If she wanted to, she could leave Isaac in the middle of the produce section of Waldbaum's and slip through to emerge somewhere else, with a whole different life.

She also knew there was a portal in the basement of her house, behind the ancient built-in ironing board. She never opened it, didn't even like to look at it. But from the time she fi rst walked in and saw it folded up against the foundation wall, she knew.

They'd been house hunting for months, and this hundred-year-old colonial on the North Shore had nearly everything they were looking for. When the real estate agent was out of earshot and Lewis whispered that the place felt like home, Quinn paused. He was right, of course, but was it smart to live in a house with an escape hatch? Would she wake up one night after some stupid fight over who parked on which side of the driveway, and be tempted to slip away?

She didn't think she would. But the very possibility was enough to keep her from telling Lewis about this or any of the portals in her life. Surely he would want assurance that she could never be lured away, and Quinn didn't know if she could make that promise.

In the beginning of their relationship, she was tempted to tell him about this other life she knew existed but had never dared visit. But she asked herself how she would feel if Lewis had such an escape hatch in his life, and it made her shudder in fear. Quinn had spent her entire childhood trying to cope with her mother's unpredictable disappearances into depression, and had managed to fashion an adult life for herself safe from such worries. She simply couldn't burden Lewis with such a terrible torment.

Eventually, the secret worked itself so deep into the tapestry of their relationship that it became easier to ignore than to focus on, and Quinn knew it was her lot in life to protect her husband from this dangerous truth forever.

Ultimately, of course, she agreed to live in the house despite the escape hatch. And in the four years since, she never even opened the antique ironing board to get a good look at what she had sensed behind it. Today, though, while Lewis slept, Quinn sat on the edge of the bed, thinking about the news they had gotten from the doctor, and contemplated tiptoeing into the basement and slipping through. 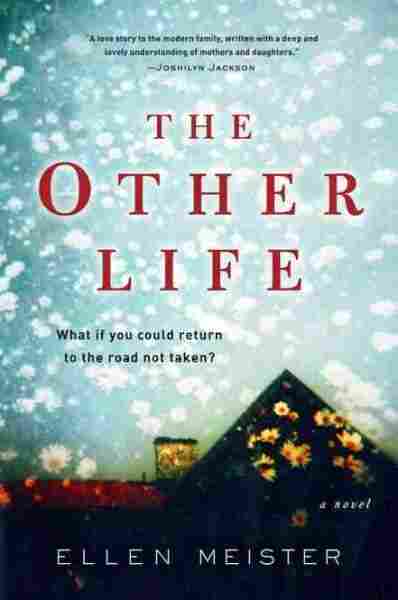