Accessibility links
Blindness No Obstacle To Those With Sharp Ears Daniel Kish is blind, but gets around just fine through a method called echolocation. It's a method he's teaching other blind folks so they may explore their world independently. 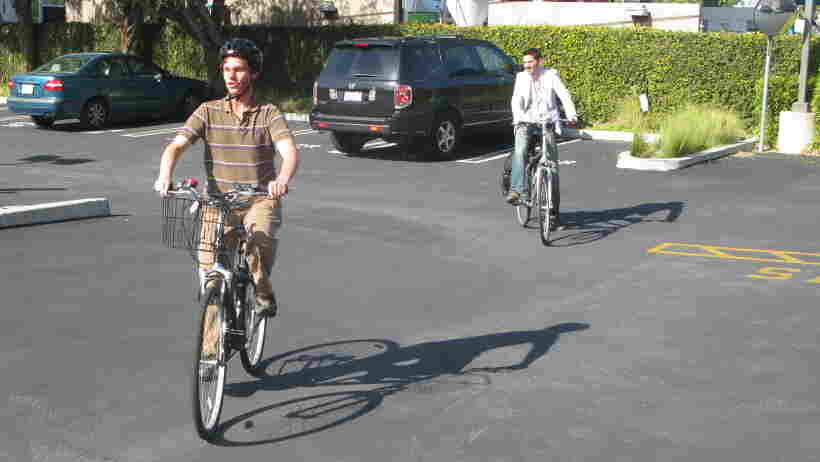 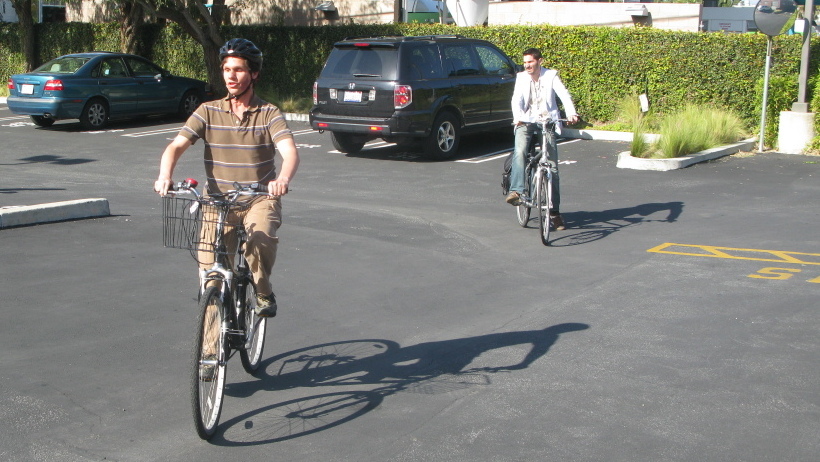 Meet Daniel Kish. He's a man of many talents. He likes to hike, make music and write. He enjoys children and loves nature. He's an avid biker.

How can Kish bike if he can't see? The method is called echolocation — Kish calls it "flash sonar." As he speeds along on his bike, he makes clicking sounds. As the clicks bounce back to him, he creates a mental image of the space around him. He's kind of like a human bat.

"It is literally a process of seeing with sound," he says.

Noting the differences in the aural reflections from the buildings around him, Kish can tell what angles they're standing at and even a few features, like balconies or columns.

Kish has been clicking to find his way around as far back as he can remember. Through his nonprofit foundation, World Access For the Blind, he helps blind children to explore their world through echolocation.

"It's the overall process of being willing to reach out into the environment and discover what is around them," he says. He encourages parents to get out of the way — their natural instinct might be to protect their child from harm — even if it means they might get hurt.

But ultimately, Kish's work isn't just about teaching echolocation or learning spatial awareness. It's about a philosophy, he says — a "no-limits philosophy, which challenges us to challenge what we think we know," he says.

"To challenge every boundary, every box, every limitation that we've either put up ourselves or allow ourselves to be conditioned to accept."