Accessibility links
In 'Raceball', A Look At Players And Race Not too long ago, African-Americans played a much bigger role in baseball. In the mid-1970s, a quarter of all players were black Americans. Today, it's one in 10. Baseball historian Rob Ruck writes about how that happened in his new book, Raceball: How the Major Leagues Colonized the Black and Latin Game. 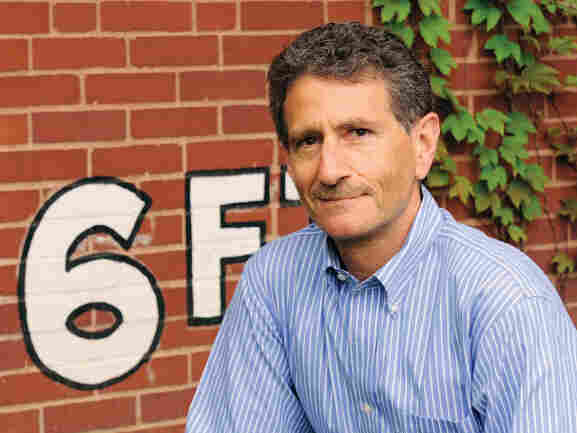 Rob Ruck is a senior lecturer at the University of Pittsburgh and the author of The Tropic of Baseball and Sandlot Seasons. Tom Altany/Beacon Press hide caption 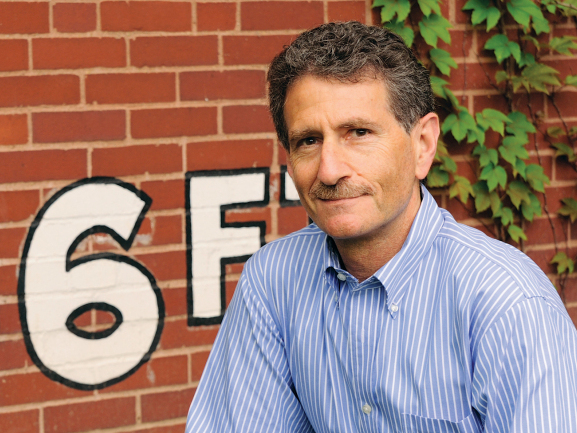 Rob Ruck is a senior lecturer at the University of Pittsburgh and the author of The Tropic of Baseball and Sandlot Seasons.

The Boston Red Sox faced off Sunday in spring training against the Pittsburgh Pirates. Baseball, apple pie, mom: What could be more American? How about the players?

Pedro Alvarez, Ronnie Cedeno and Jose Tabata play for the Pirates. Alvarez is from the Dominican Republic and Cedeno and Tabata from Venezuela.

In fact, more than a quarter of the players in Major League Baseball are from Latin America and the Caribbean — and they are among the league's best.

But not too long ago, African-Americans played a much bigger role in baseball. In the mid-1970s, a quarter of all players were black Americans. Today, it's one in 10.

Baseball historian Rob Ruck writes about how that happened in his new book, Raceball: How the Major Leagues Colonized the Black and Latin Game. 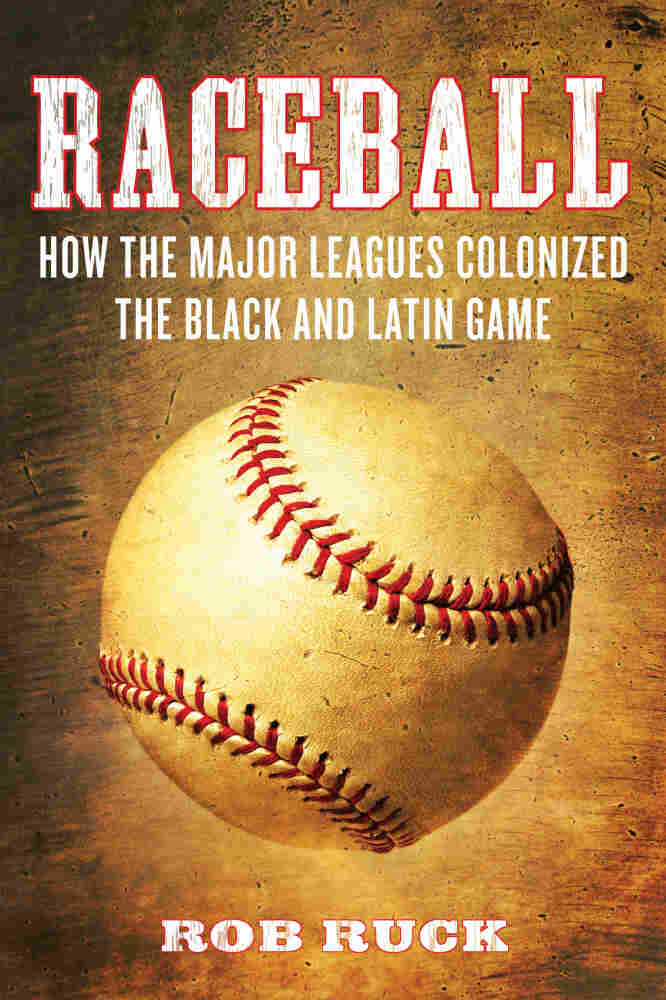 On April 15 each season, every player in the majors wears a uniform with the number 42 to honor Jackie Robinson. In 2010 Gary Matthews Jr. found himself the lone African American on the Mets on Jackie Robinson Day. His teammates included six white Americans, one Hispanic American, three Puerto Ricans, one Cuban, two Japanese, two Mexicans, four Venezuelans, and five Dominicans. "It makes me sad," Matthews said as he reflected on his own experience growing up at the ballpark, the son of major leaguer Gary Matthews, at a time when black players were commonplace. Ironically, the just-released annual study conducted by Central Florida University's Institute for Diversity and Ethics in Sport awarded MLB an A for racial diversity based on the previous season. The Mets' last two managers were African American, and Matthews said that he doubted that his organization intentionally sought to discourage black players from making the roster. But neither have the Mets been especially proactive in cultivating black players and fans. The atrophy of their connection to the black community stands in marked contrast to their efforts to grow their Latin fan base. After Dominican-born Omar Minaya became their general manager in 2005, he revamped the Mets roster by signing high-profile Latinos like Pedro Martínez and Carlos Beltran. At the same time, the club intensified marketing in the metropolitan region's Hispanic American neighborhoods. As a result, the Mets now estimate that more than 20 percent of their fans are Hispanic.

The Mets are not alone in fielding few black players. African Americans comprised only 9 percent of all major leaguers in 2009. "All cultures bring something different to the game of baseball," Matthews offered. "The African American player, there is a charisma that he brings from his culture. That ingredient adds a little spice to the game. That little spice is missing when we're not participating." Black zest is not about to return anytime soon. Nor is Matthews, who was released by the Mets two months after the event honoring Jackie Robinson. Boosting African American participation in major league baseball would require high-energy efforts of a sort never seen before. The best MLB has going for it in this regard is RBI (Reviving Baseball in Inner Cities).

John Young's major league career lasted only two games, but his impact on the game in recent years has been profound. Since Young, who became a scout after he stopped playing, persuaded gang chieftains in Los Angeles to let him organize RBI in 1989, well over two hundred RBI programs have taken shape in the U.S. and abroad, with about two hundred thousand boys and girls participating. While Young built his first program in a black neighborhood, RBI welcomes youth of all racial backgrounds. More than one hundred RBI participants have been drafted by major league teams; forty or so of them were playing major league or minor league baseball in 2007, including Jimmy Rollins, Dontrelle Willis, C. C. Sabathia, Carl Crawford, B. J. and Justin Upton, and Coco Crisp.

But RBI's goal is more to rebuild the community than refurbish baseball's grass roots. Richard Berlin directs the Harlem RBI program, a community-based organization that seeks to repair the social fabric of black communities by capitalizing on a sense of nostalgia for when that community was healthier and baseball was part of the reason why. Berlin sees baseball's decline as a reflection of many aspects of life that have withered in black communities. In its Harlem neighborhood, an area five blockswide by twenty-five blocks long, RBI targets education and social development more than it does the acquisition of baseball skills. But these efforts might be much too little and much too late.

Back in the Caribbean, community life and parts of the economy still revolve around baseball. Increasingly proactive Dominican efforts to gain control of baseball's agenda there illustrate why the fates of African Americans and Latinos, once linked inextricably by the major leagues' color line, subsequently diverged. After integration, baseball's center of gravity moved from black communities and the Caribbean to the major leagues. But by dint of geography and sovereignty, the Caribbean was better able to resist Major League Baseball's takeover than black America. The region was too far away for the major leagues to consider building stadiums or operating leagues there. Nor were major league clubs easily able to comprehend and deal with its tricky political landscape, hinging as it so often did on complex layers of foreign laws and the machinations of imperious leaders. As a result, Latinos always owned their venues and teams. Their leagues, unlike the Negro Leagues, did not collapse after integration. Nor did the all-important wellspring of amateur and semipro baseball in the region dry up as it did in black neighborhoods in the 1950s and '60s. On the contrary, Latin baseball prospered in integration's wake. Latin control of teams, leagues, ballparks, and academies might even expand in coming years. That sort of ownership in black America, absent for more than half a century, is unlikely ever to return.

Mercifully, since Jackie Robinson shattered the color line in 1947, baseball has neither witnessed a push to resegregate nor a xenophobic backlash against foreign players. Perhaps that's because as players of color spread to all corners of the majors, fans throughout baseball America began having black and Latin stars of their own to cheer on to their club's greater glory. But surely it's also due to the deeply held belief that baseball, at its foundation, is a democratic game, a meritocracy open to all. Racist and nativistic comments are often heard at ballparks. At the same time, Jackie Robinson remains baseball's greatest hero and Roberto Clemente, for many, is close behind. Even amid the current crescendo of intense anti-immigrant attacks in the broader U.S. culture, no voices have called to ban or limit Latinos in major league baseball. Nor is that likely to happen.

For their part, any number of African American and Latino ballplayers have engaged in good works, backed candidates, and supported socially progressive causes in recent years. Some, like Los Angeles Angels outfielder Torii Hunter and Mets general manager Omar Minaya, have done so thoughtfully and with great respect for the past. But ballplayers today rarely take stands that resonate beyond the ballpark. Baseball has no angry men today, no Robinson or Clemente to roar against, for example, the noxious anti-immigrant laws that Arizona passed in April of 2010.

Anger, of course, is harder to summon, much less express, when the average major league salary now tops $3 million. Black and Latino ballplayers no longer burn with the blatant indignities of segregated lodgings on the road and racial disparities in pay. They are among the best-paid players in the game, in fact, accounting for fifteen of the twenty highest salaries in 2010. As a result, most ballplayers are well insulated from social injustice. That these men encounter so few issues in baseball demanding their attention explains some of their political quietude. If anti-immigrant sentiments in the United States, or MLB efforts to control baseball in the Caribbean, become even more contentious, Latin players might join the resistance to these trends. But for African Americans, sport simply does not matter as much socially and politically as it did when baseball was a high-stakes arena for symbolic struggle. One broken link — a relatively new phenomenon in baseball's long history — is that, today, black athletes can find themselves largely cut off from black neighborhoods after they achieve success. In stark contrast, Dominican ballplayers can always go home to the open arms of communities banded together across income levels by the great equalizer of baseball.

The hard truth is that black Americans no longer look to their ballplayers as reverently as Dominicans, Venezuelans, and Puerto Ricans regard their diamond heroes. In Venezuela, the 2005 death of Alfonso "Chico" Carrasquel, a shortstop who became the first Hispanic to appear in an All-Star Game, was remembered with two days of national mourning; Johan Santana's Cy Young Award affirmed the entire country. Dominicans see their ballplayers as treasures, their cherished ambassadors to the world. They still play and watch with infectious joy. It's not the same in black America. Black Americans resurrected baseball's spirit and remade the very way the game was played, but their turn center-stage is over. It's Latino time now.

For the moment, the Great Recession that began in 2008 has put the brakes on the radical corporate makeover of the baseball universe. A deep and prolonged slump in the business of sport might actually free Caribbean baseball to remain truer to its sandlot roots. At the least it's given the Caribbean a small reprieve from baseball's yanqui colonizers. Perhaps the Caribbean will avoid the fate endured by baseball in the black community, which lost control of its own sporting life. For over a century, Caribbean players have found renewal in a baseball world of their own, with its own constellation of leagues, teams and trainers, coaches, sports writers and broadcasters, vendors, and — most importantly — fans. It's a rich but fragile world, one where the very kinds of communities that first embraced baseball can still prevail. And if it's lost, the last, best piece of baseball's soul may well go with it.

From Raceball: How the Major Leagues Colonized the Black and Latin Game by Rob Ruck. Copyright 2011 by Rob Ruck. Excerpted by permission of Beacon Press. 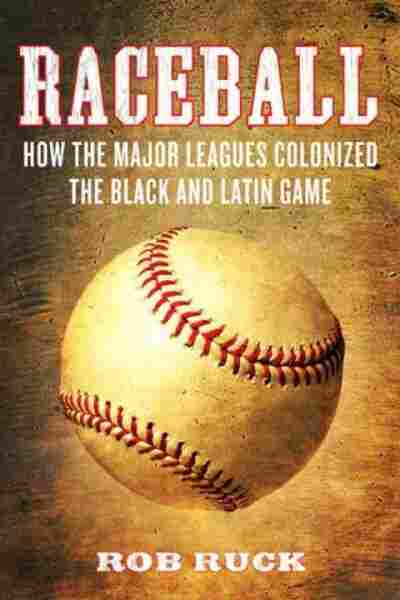 How the Major Leagues Colonized the Black and Latin Game