Accessibility links
'Frank' Did It His Way, And The Story Never Gets Old Literary theorist Stanley Fish is obsessed with Frank Sinatra — and he's not afraid to admit it. For his Ol' Blue Eyes fix, Fish reads James Kaplan's lengthy biography Frank: The Voice. The story isn't new, but he can't resist imagining himself in the high-flying world of the legendary crooner. 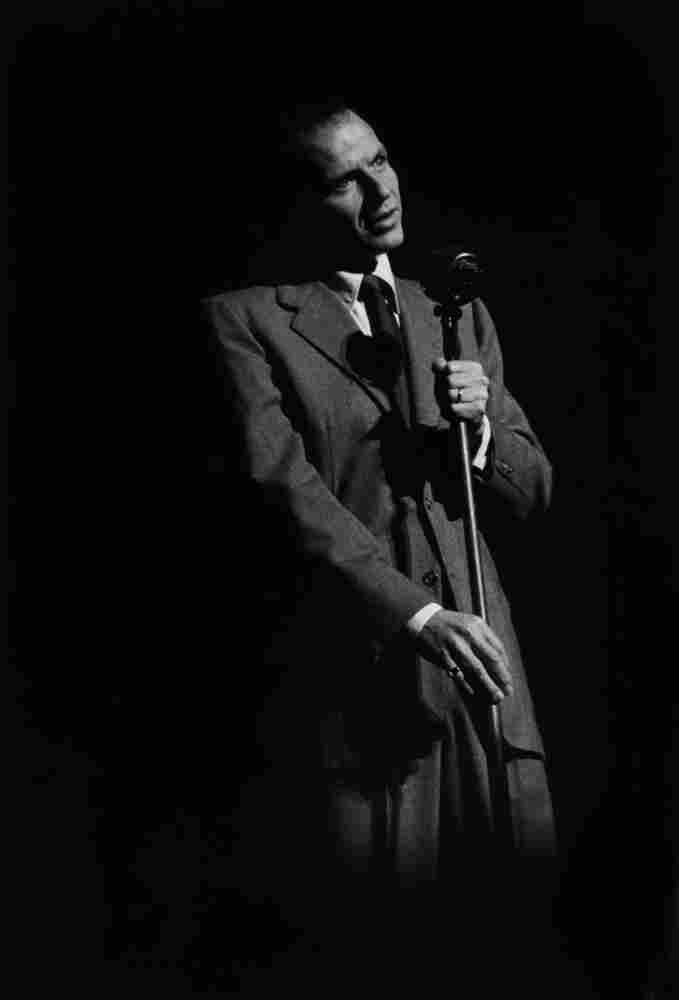 It's not that I'm reading still another book about Frank Sinatra; there's nothing embarrassing about that; it's that I know everything it's going to tell me before I read a word.

There's the self-willed rise to stardom, the screaming bobby-soxers, the apprenticeship with Harry James and Tommy Dorsey, the marriage with the neighborhood girl, the serial adulteries, the early films with Gene Kelly who taught him how to dance, the volatile relationship with the press (including an occasional punch-out), the endless drinking and partying, the flirtation with organized crime, the night when he opened his mouth to sing and nothing came out, the decline in record sales, the all-consuming relationship with Ava Gardner whom he married, fought with, and pined for as she dallied with bullfighters, the suicide attempts, and then the glorious comeback (again self-willed) when he campaigned for the role of Maggio in From Here to Eternity, wrested it from Eli Wallach, learned how to play it from Montgomery Clift, and won the Academy Award for it.

And that's where the book I'm reading now — James Kaplan's Frank: The Voice — ends after 718 pages with still more than 40 years of life to go, and I can't wait for volume two even though the writing is at best workman-like, the psychologizing irritating, and I know exactly what is waiting for me — Chairman of the Board, the Rat Pack, Mia Farrow, the kidnapping of Frank Jr., the turn from ardent Democrat to increasingly conservative Republican, the retirement, "Ol' Blue Eyes Is Back," the years with Barbara, and "I Did It My Way."

Why? Why should someone who has spent an academic lifetime teaching and writing about John Milton, George Herbert and John Bunyan have a large photograph of a skinny crooner prominently displayed in his study (my father's portrait is off in a corner)?

Part of the answer is to be found in the photograph, taken in 1953 in London. The venue is large, but in the photograph Sinatra is alone in darkness with a large old-style floor-mic. His body leans back; the gaze seeks a far-away horizon. It is the position of his hands that tells the story. His right hand is relaxed, open fingered and caresses the microphone at knee level as if it were a bass or a woman; the left hand is chest-high and is holding on to the microphone for dear life. It would be too easy to say that one hand signifies vulnerability, the other strength and control. Each hand signifies both. The hand that lightly caresses is tentative, yet confident; the hand that clutches is assertive yet desperate. 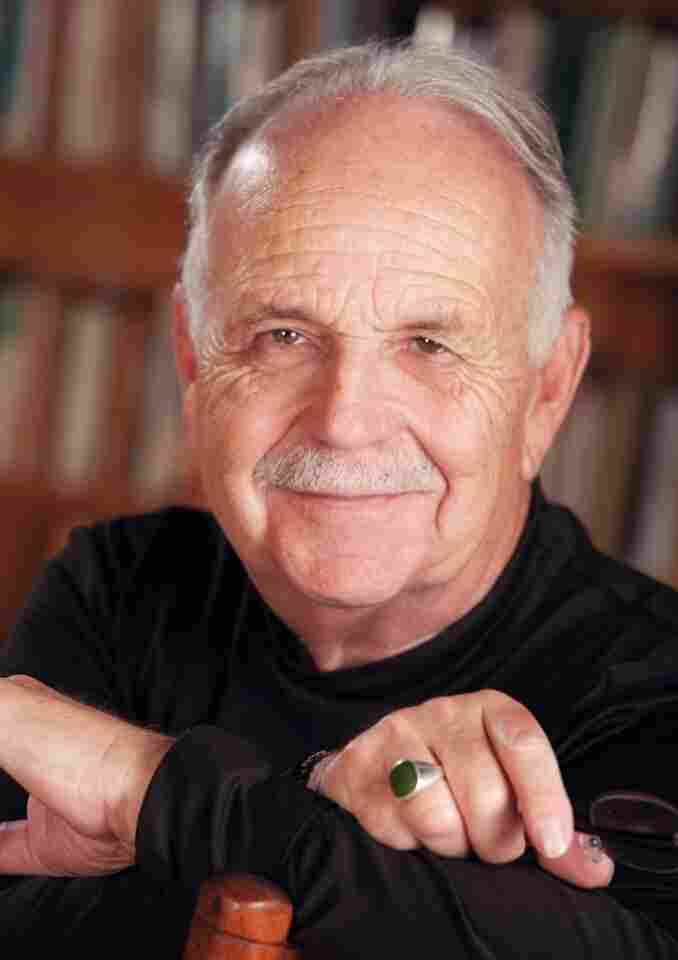 Stanley Fish is a columnist for The New York Times and the author of How to Write a Sentence: And How to Read One. Jay Rosenblatt/HarperCollins hide caption

Sinatra was a man of extreme confidence and extreme vulnerability at the same time, and the presence of both, in this picture and in his music, is what makes his story endlessly compelling, even as you are hearing it for the 40th time. It's like watching an opera; as you see the early struggles and complications, you know that the full flower of love and triumph is around the corner; and when the corner is turned you know that it can't last and that even greater tragedies [and death] await in the final act. He may have done it his way, but his way is so grandly theatrical that it is archetypal, and like other archetypes the Sinatra legend is self-renewing. It is also flattering to the obsessed and serial consumer of the legend who after a while cannot distinguish himself from the object of his fascination.

The real guilty pleasure of reading about Sinatra is the pleasure of imagining yourself to be just like him, just like the flawed and heroic figure whose story you can't get enough of.

My Guilty Pleasure is edited and produced by Ellen Silva with production assistance from Rose Friedman, Lena Moses-Schmitt and Amelia Salutz. 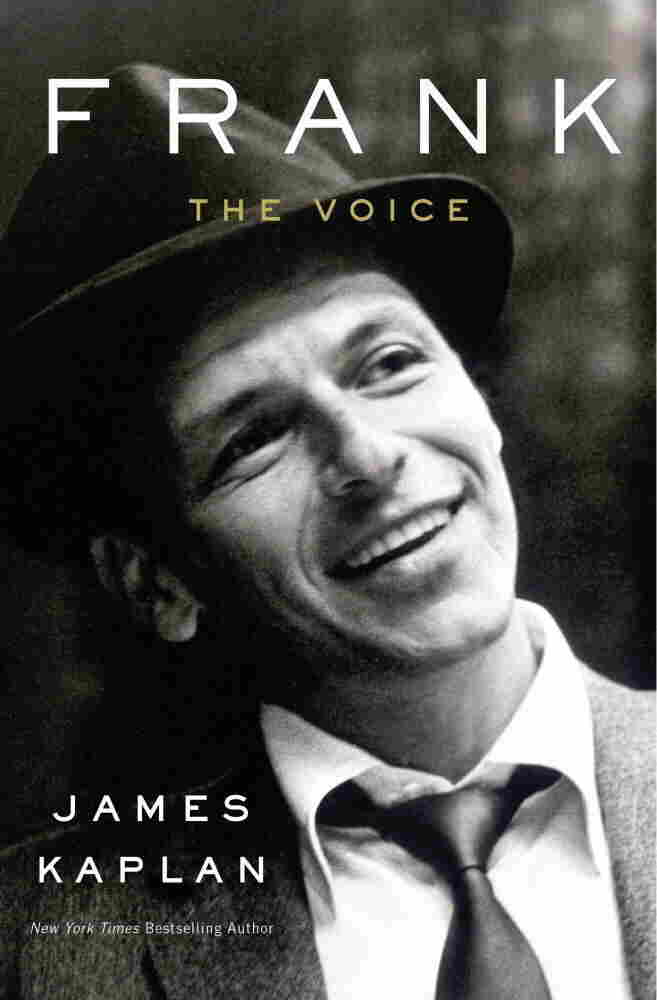 "EXTRA ADDED ATTRACTION," was indeed how the Paramount first billed him: fourth on the program, beneath Benny Goodman and His Famous Orchestra, under a comedy trio called the Radio Rogues and a comedy duo called Moke and Poke, and just above "DON BAKER at the PARAMOUNT ORGAN." Frank Sinatra's name was, however, the only one besides Goodman's in boldface, and in type only slightly smaller. And beneath the name, the slogan: "The Voice That Has Thrilled Millions."

It was true enough. But the phrase itself sounded like something that would have rolled off the stentorian tongue of some radio announcer of the 20s or 30s. And here in January 1943 — one of those hinges in time that come along periodically, a moment when everything simply vaults forward — Frank Sinatra, a radically new American product, needed drastic re-packaging, and somebody new to do it.

The coiner of the slogan was another of Sinatra's agents at the time, a soon-to-be-forgotten figure named Harry Kilby. The publicist who convinced the powers that be at the Paramount to affix the tired-sounding strapline to the bottom of the marquee was one Milt Rubin, a Times Square hack and the willing slave of the Emperor Winchell — Walter, of course. Sinatra had hired Rubin in the fall of '42, soon after leaving Dorsey, on a tip from the all-powerful columnist, and had quickly come to regret it. The p.r. man treated Frank like just another act, no more important than anyone else on his C-list roster of ventriloquists, acrobats, and female impersonators. Meanwhile Rubin hovered around Winchell's table at Lindy's, laughing at the great man's jokes and begging for scraps. There were times Sinatra — admittedly a high-maintenance client — couldn't reach his fifty-dollar-a-week publicist on the telephone. Nancy, who wrote the checks, began ignoring Rubin's bills. This got his attention, though not in a good way: the publicist initiated legal proceedings against his client.

Manie Sacks of Columbia, Sinatra's new rabbi, had the solution. "George Evans is your man," he told Frank. "He's the best in the business — the best there ever was."

This was manifestly true. Between Rubin and Evans, there was simply no comparison. A glance into the former's fusty Times Square office would have made it clear: a cluttered couple of rooms behind a frosted-glass transom door, an old broad in a snood doing her nails at the reception desk while some sweaty guy with a Chihuahua cooled his heels. In George B. Evans's clean and modern Columbus Circle suite, on the other hand, there were three assistants fielding calls from clients like Mr. Glenn Miller, Mr. Duke Ellington, and Miss Lena Horne.

Evans was 40, in the prime of his life, and he was a dynamo, with a thrusting determined jaw and a ravening look in his piercing dark eyes. Lightly balding, bespectacled (tortoise-shell frames were his trademark), handsome in his way, he dressed well, spoke fast and crisply, came straight to the point. And he had a good opinion of himself, with reason: He lived for his clients, and his clients did well by him. Their joys were his joys; their sorrows were his, too. If they needed solace at 4 a.m., he picked up the phone, no questions asked. He was as expert at making trouble go away as he was at whipping up excitement.

In return he was choosy about whom he wanted to represent. Where this Sinatra boy was concerned, Evans was skeptical at first, Manie Sacks's laudatory call notwithstanding. Singers were a dime a dozen, and what was a singer, anyway, without a band? The bands made news, the bands brought the crowds. And the bandleaders were gods. Glenn, Duke: God, just the thought of these brilliant, elegant, authoritative men gave Evans chills. In some sense, representing them made him feel he was taking on their qualities.

But a boy singer! This one might even be different from the rest — from what he had heard on records and the radio, Evans was willing to grant that. It was a pleasant voice, nicely expressive. Still, George Evans didn't quite see what all the fuss was about.

"You've got to go see him, Georgie," Sacks said. "This kid really does have something. Go to the Paramount and see what he does to those girls."

Evans went, and saw. Nick Sevano, Sinatra's Hoboken homeboy and soon-to-be-ex-gofer (one too many tantrums about starch in the shirts; life was too short — except that Sevano would spend the rest of his very long life trading, like so many others, on his acquaintance with the singer), met the publicist in the Paramount lobby and whisked him down the aisle in the middle of the 2:30 show. Evans, not easily impressed, gaped at what he saw.

Actually, the sound and smell were what hit him at first. The place was absolutely packed with hysterical teenaged girls, almost five thousand of them, fire laws be damned (the couple of hundred Paramount owner Bob Weitman had slipped to the Fireman's Fund earned him a lot of extra money). They were jamming the seats, the aisles, the balcony — all but hanging from the rafters. And hanging raptly on the words to the song the starved-looking kid in the spotlight at center stage was singing --

and going nuts when he hit that last word:

The (by now very practiced) catch in his voice, the tousled spit-curl on his forehead (no Dorsey anymore to order him to comb it), the help-me look in his bright-blue eyes (always, pointedly, laser-focused on one girl or another in the audience) — it all set them off like dynamite. The air in the great auditorium was vibrating, both with ear-splitting screams (FRANKIEEE!!! FRANKIEEE!!!) and the heat and musk of female lust. Evans could smell perfumes, b.o., the faint acrid tang of urine (the girls would come for the first show at 9:15 a.m. and stay for show after show, determined never to relinquish a precious seat even if it meant soaking it), and something else. They were like a great herd of female beasts, he thought with wonderment, all in heat at once.... 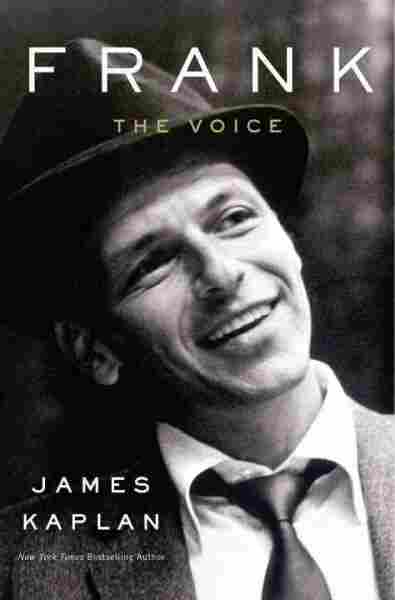