Accessibility links
High Gas Prices May Tap The Brakes On Spring Break The recent surge in oil prices — with gas now up to a national average of $3.55 per gallon — comes at a particularly bad time: the peak of spring break travel season.

High Gas Prices May Tap The Brakes On Spring Break

High Gas Prices May Tap The Brakes On Spring Break 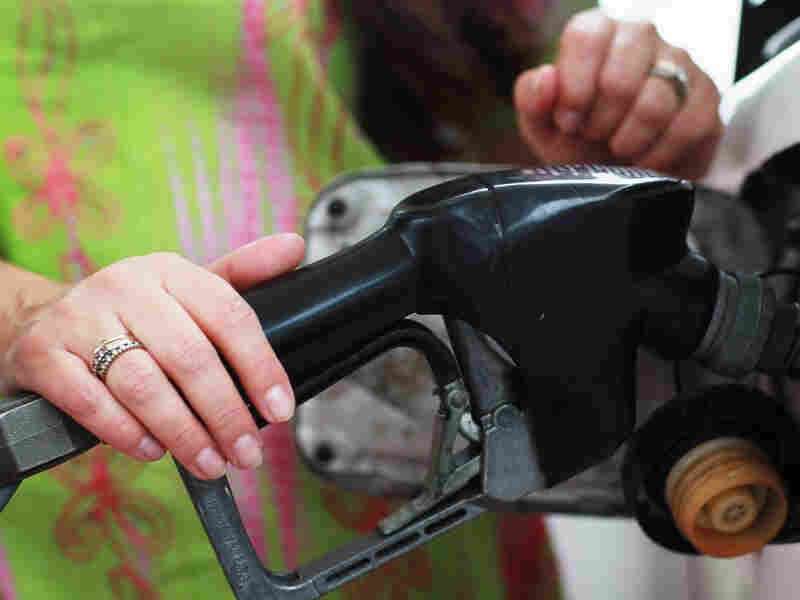 When gasoline prices shoot up, it's never good for the tourism industry.

The current price surge — with gas now up to an average of $3.55 per gallon — comes at a particularly bad time: the spring break travel season, which peaks in mid-March.

From the fishing communities of Florida's Gulf Coast to the casinos on the Strip in Las Vegas, business owners are hoping the latest gas price hikes won't lead motorists to cancel their getaways.

Other travel industry experts warn that the optimism could fade if prices continue to climb to $4 a gallon, a tipping point for many consumers. Forecasting firm IHS Global Insight says its modeling shows consumers curtail their driving once gas prices pass $4 a gallon.

Thursday's nationwide average was 48 cents short of $4, but marked the 16th consecutive daily increase in price per gallon. At $3.55, it's the highest average ever for this time of year, and many oil industry analysts expect it to continue to climb.

The rising price is causing concern about the broad economic impact. In an interview with NPR, Transportation Secretary Ray LaHood said fuel prices already are getting high enough to begin forcing some Americans to rethink their upcoming travel plans. "People may forgo a vacation," he said.

Will Rising Gas Prices Put Brakes On The Economy?

For many families and students planning trips in coming weeks, it may be too late to cancel reservations without incurring hefty financial penalties. Travel industry officials predict those people will hit the road anyway, but likely spend less money during their visits.

"They may stay at less expensive hotels, eat at cheaper restaurants," AAA national spokesman Troy Green said. "Those are some of the trends we witnessed back when gas rose in 2008."

In Florida, where tourism is the biggest industry, businesses are counting on a strong spring-break season to help overcome the declines dealt by the recession. Tourism spending in 2008 and 2009 dropped by a combined $4.6 billion, or 7 percent. State sales tax revenues collected from tourism fell by $200 million, or 5.1 percent, in 2009.

Then, in 2010, the BP oil spill in the Gulf of Mexico contaminated Florida's beaches and all but wiped out tourism from the Panhandle to Tampa Bay. Tourism officials say the second half of 2010 brought a robust recovery, which they hope carries over to this spring.

High Hopes Based On Jobs Outlook

Their hopes are built on the reality of an improving economy. U.S. unemployment in March dropped to 8.9 percent, compared with 9.7 percent a year earlier. Incomes and savings are growing, too. In its latest "Flow of Funds" data, the Federal Reserve on Thursday said U.S. households' total net worth rose nearly 4 percent in the last three months of 2010.

The improving jobs outlook and income gains have lifted tourism industry predictions that visitors will have more cash to spend this year. But those expectations may not be met if fuel prices keep heading up.

Gasoline isn't the only concern for the leisure industry. With oil trading above $100 a barrel for two weeks, airfares are up as well. The cost of jet fuel rose by nearly 20 percent in January, according to the latest data collected by the federal Bureau of Transportation Statistics. In response, airlines have enacted six fare increases this year. Among the major airlines, fares have soared by as high as 30 percent, according to analysts.

Expedia.com says airfares booked through its Web site have risen significantly over the past two weeks, in tandem with oil prices, but also in response to increased consumer demand.

"The airlines say that jet fuel is a primary contributor to the raises in the fares," said Expedia airline analyst Ike Anand. But he added that the airlines have been eager to increase ticket prices anyway as the economy improves.

"My impression is you would have still seen increases in fares because demand is robust," he said. "Jet fuel costs are a good justification for the airfare increases."

Gary Thompson, spokesman for Caesars Entertainment in Las Vegas, said he is not so much worried about the recent airfare hikes, but rather long-term trends for airline pricing. "It could become a concern if higher airfares remain in place for an extended period," he said.