Accessibility links
It's A Bird! It's A Plane! It's A Drone! Scaled-down versions of the military's unmanned flying machines are popping up all over the place. They may seem like souped-up toys, but these drones, especially those equipped with onboard cameras, are creating new questions about privacy in a world where technology moves faster than the law. 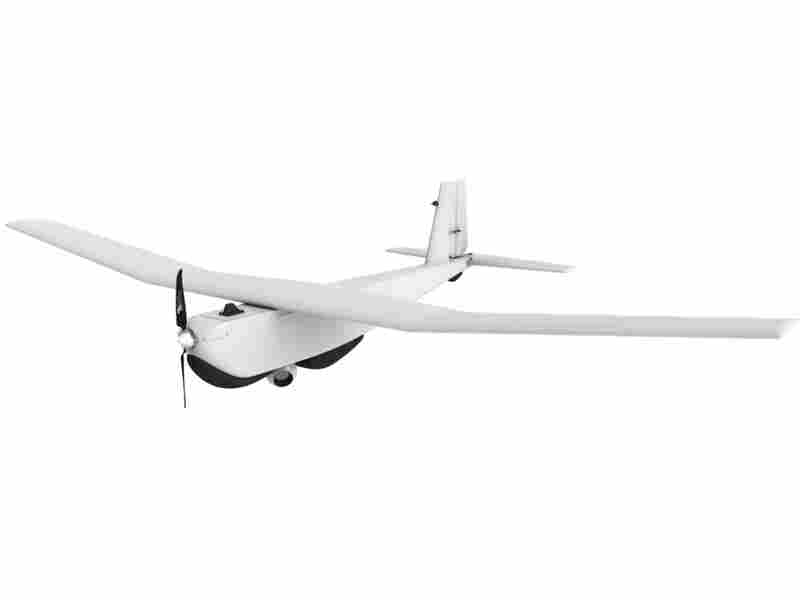 AeroVironment's Puma drone can fly up to 10,000 feet and can see as far as 12 miles. AeroVironment hide caption 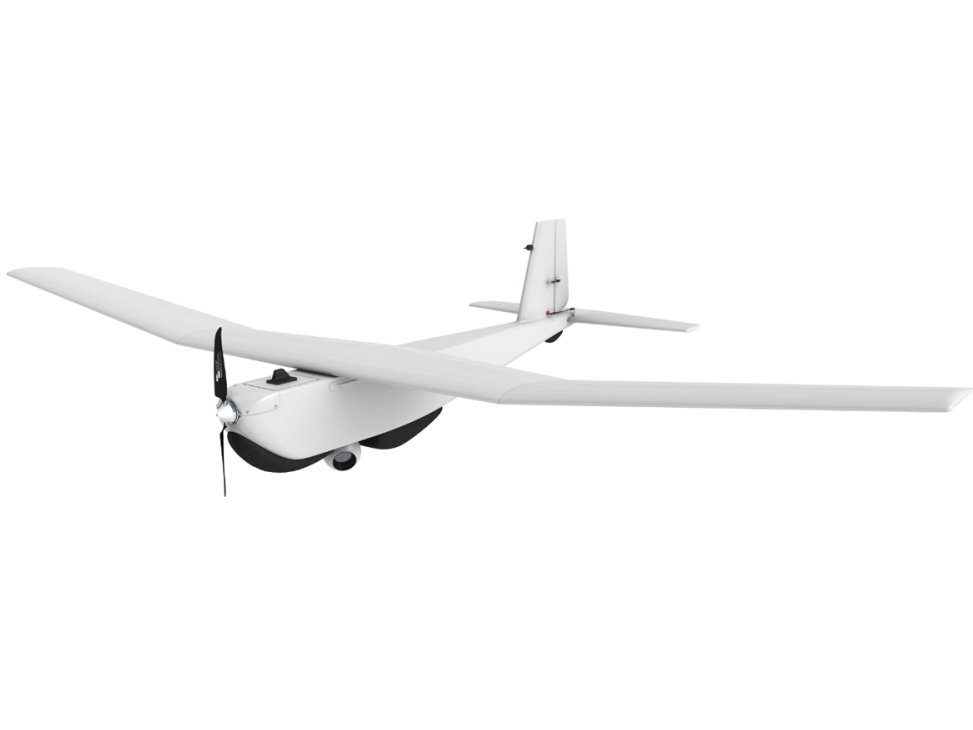 The U.S. military has been using drones — unmanned, remote-controlled aircraft — for years to conduct surveillance and launch attacks on isolated targets. And now homemade versions of these flying robots have become wildly popular, first with hobbyists and now with entrepreneurs.

But while the tiny civilian aircraft may have lots of potential, the government isn't quite sure how to deal with them.

A Los Angeles-based company called AeroVironment makes drones used by the military. They're small enough to fit in a soldier's backpack, and they're easy to operate. Within seconds after being thrown into the air, AeroVironment's 4-pound Raven drone rises so high it's almost out of sight. It climbs into the sky with a shrill buzz, but once it's up there, it's barely audible.

And that's the point.

Equipped with a camera, drones are easily assembled and launched to scout out potential enemies. Once launched, a drone can take pictures and send back live video.

According to Steve Gitlin of AeroVironment, there are many commercial applications for these small flying machines. Instead of launching expensive helicopters, law enforcement can throw up a drone to, for example, look for suspects. Monitoring miles of oil pipelines would be easier with the autopiloted aircraft, he says.

And they could be used in counting wildlife or even tracking movie stars.

"Paparazzi have been contacting us for years with an interest in using our systems for those kinds of missions. We can probably sell it to them. But that doesn't mean the FAA is going to let them use it," Gitlin says.

In fact, the Federal Aviation Administration does not allow small aircraft like these to be used commercially.

An operator, via a computer on the ground, sends coordinates to the unmanned aircraft. The drone autonomously maintains the aircraft's altitude, speed and direction. It is capable of taking video or snapping photos of the targets on the ground. 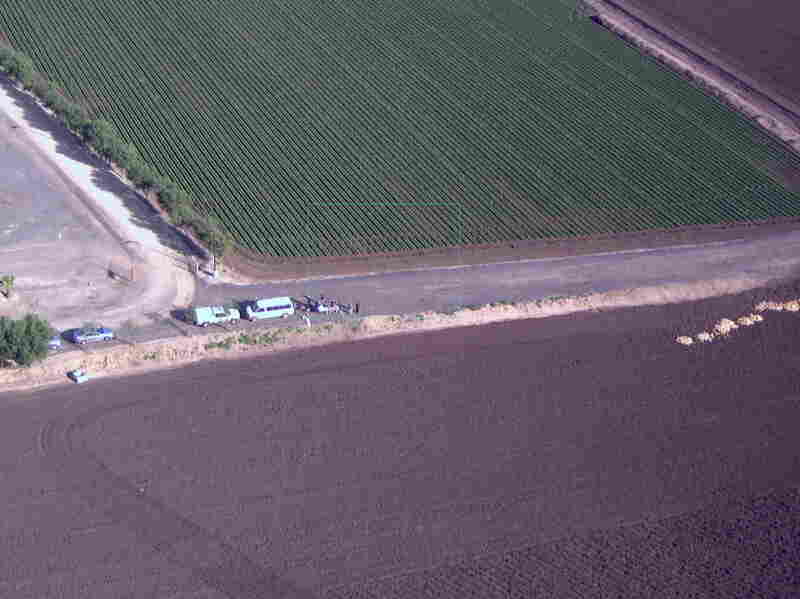 An image taken by the Puma drone of NPR's Carrie Kahn as she reported this story. Enlarge to see Kahn (far right) and the team from AeroVironment on the ground. AeroVironment hide caption 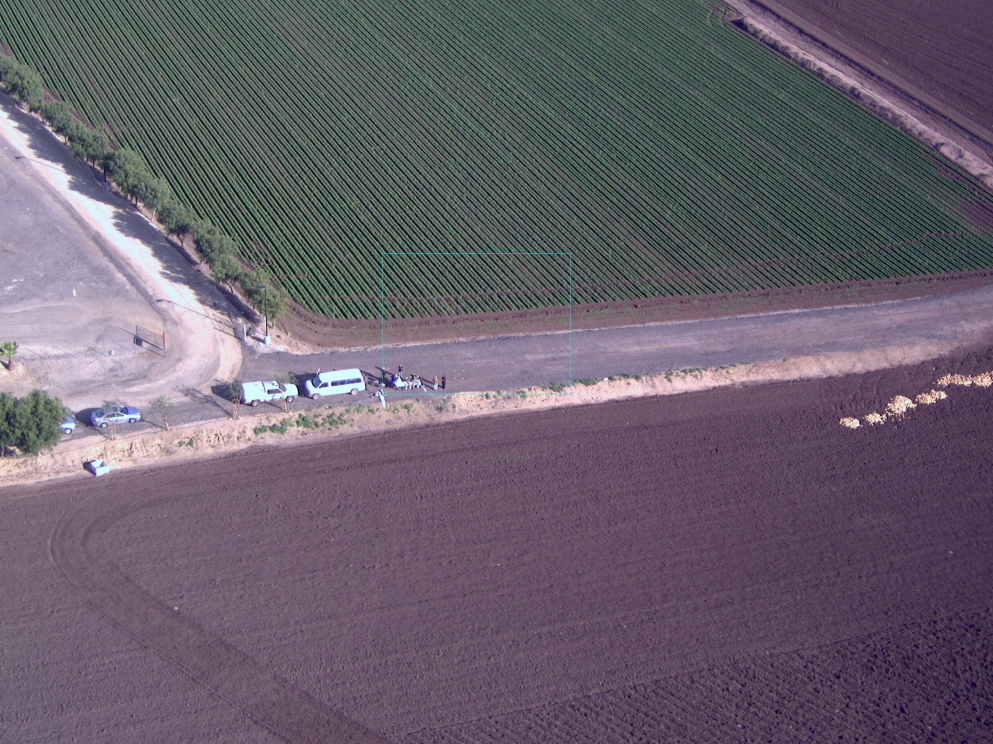 An image taken by the Puma drone of NPR's Carrie Kahn as she reported this story. Enlarge to see Kahn (far right) and the team from AeroVironment on the ground.

The FAA declined repeated requests for an interview. But in an e-mail, the agency said it's working on new rules governing use of some small unmanned aircraft.

"You have to feel for the FAA. Their primary mission is to maintain the safety of people and as you introduce new technologies into the national aerospace, you have to make sure that they don't cause more problems," says Chris Anderson, who runs a website called DIY Drones, a clearinghouse for drone hobbyists.

Anderson says that like the Internet, drones got their start with the military. In the past few years, the technology has rapidly expanded and become widely available on the Internet. Anderson says it's time to let hobbyists and entrepreneurs discover the next great thing to be done with the flying robots.

"Entrepreneurs and little guys, they figure out cool things that get scaled up to new industries. I think it is necessary in the regulatory process that we don't stifle the little guys," Anderson says.

Rory Paul is one of those little guys. Paul's homebuilt drone, which fits on his dining room table, is equipped with a digital and infrared camera. Paul hopes to sell it to large-scale farmers so they can survey their crops and boost yields.

Paul built his drone back in 2005 and has been waiting to market it ever since for the FAA's OK.

"I got into this hoping that we would have policy in place that we could operate commercial business providing service to farmers and it hasn't happened," Paul says.

Paul says he'll wait and hope that FAA will be fair to small operators who want to exploit the technology for good.

But what about those up to no good? That's what worries Jay Stanley of the ACLU's Speech Privacy and Technology Program.

"The prospect of sort of small flying autonomous robotic cameras everywhere in the skies raises the prospect of pervasive aerial surveillance in ways that we've never really seen before," Stanley says.

Anderson of DIY Drones says anything can be exploited for bad but worries that such fears will limit drone technology, which he says is just in its infancy.

According to Anderson, the possibilities of what drones can do has yet to be discovered.