Accessibility links
Competition For Online Video Content Heats Up The explosion of online video content has a varied group of companies, including Netflix and Amazon, competing with movie studios as well as cable and phone companies to meet customer demand. So far, Netflix is leading the pack with its 20 million subscribers. 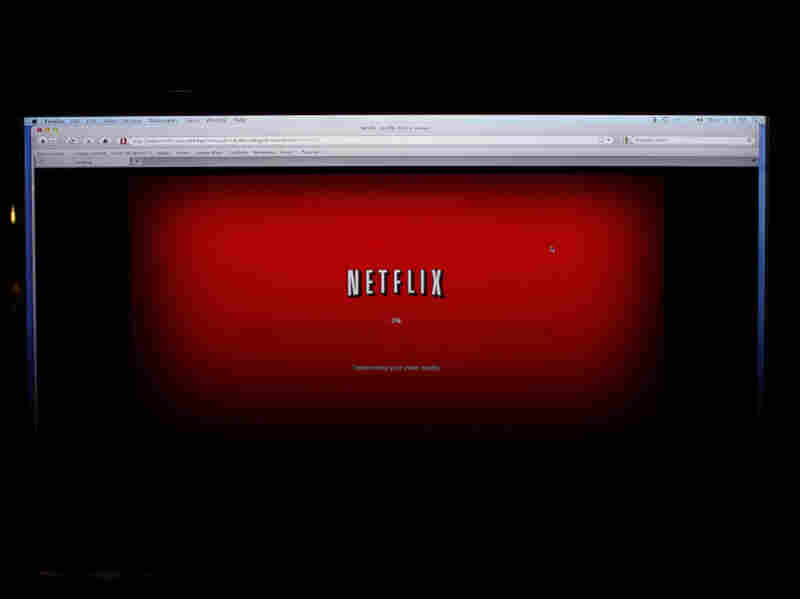 A movie selected from Netflix begins to download on a home computer screen. Other companies, including Amazon, are trying to woo more customers for online video services. James H. Collins/AP hide caption 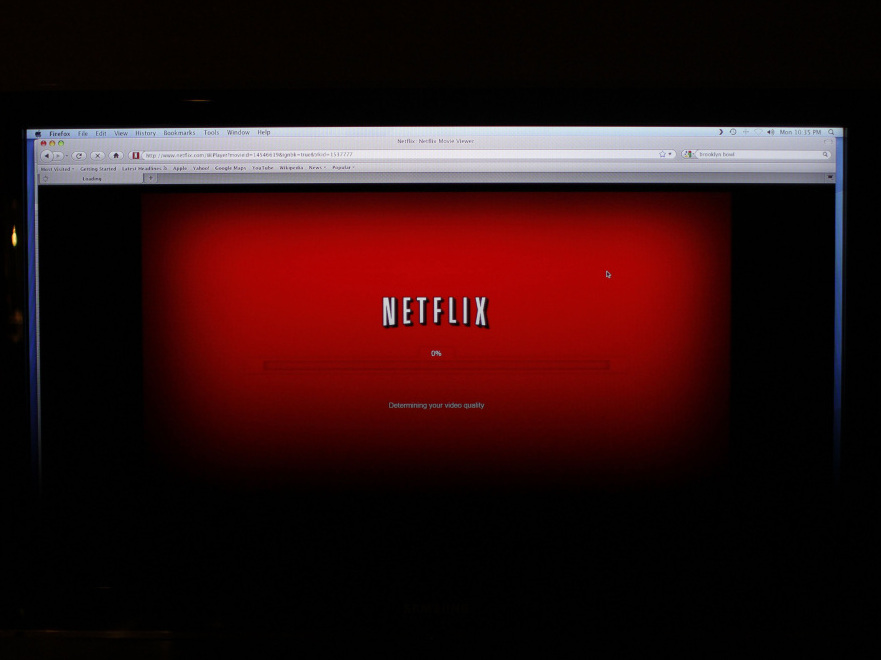 A movie selected from Netflix begins to download on a home computer screen. Other companies, including Amazon, are trying to woo more customers for online video services.

When it comes to providing consumers with movies and TV shows online, Netflix is king with its more than 20 million subscribers. But the competition for serving up content on computers, TV screens and mobile devices is heating up fast.

Last week, Facebook and Warner Bros. announced a new content initiative. Although the deal is tiny — at this point only a single movie is available on Facebook — the move comes on the heels of Amazon's announcement last month that it would give its so-called prime customers the ability to stream about 5,000 movies, documentaries and TV shows free of charge.

Netflix says it isn't surprised by the competition.

"You know, it's pretty unusual for the world to let you run away with a couple of billion dollars of revenue and a large market cap without testing the waters," says Ted Sarandos, the chief content officer at Netflix. "Now, I would say, do we take some comfort from the running room that we have? Absolutely. We have a huge library of content and we have a great relationship with over 20 million subscribers."

The company's rise has been quite stunning — it had just 12 million subscribers a year ago. And it's now streaming most of its content, rather than sending out DVDs.

A Dramatic Shift In Viewing Habits

Kevin Werbach, an expert in Internet technologies at the University of Pennsylvania's Wharton School, suggests we're witnessing part of a decades-long shift in our viewing habits. We've gone from a world with only network TV and theatrical releases of films to an explosion of online content.

"It's gone from a relatively simple marketplace, where there were a few kinds of content and fairly clear rules about how the content got to different places, to anything goes — and no one is quite sure how things are going to come out in the future," he says.

Netflix currently has the clear advantage in terms of its number of customers and the size of its library. But lots of companies — including Amazon, Apple, Google as well as movie studios, cable and phone companies — are trying to chip away at its lead or change the video distribution game completely.

Much of the content Amazon's prime customers can stream free is old. But Amazon, known as a fierce competitor, says it's just getting started.

Dan Rayburn, a principal analyst at Frost & Sullivan, a research and consulting firm, likes Amazon's strategy because the company can draw more customers to its premium service and use the extra revenue to buy more and newer content. He also says he could easily imagine Amazon making its Kindle e-reader video-compatible.

"Well, that means Amazon controls the device, the platform and the distribution — that's something Netflix can't do," Rayburn says.

But there are many players in this market, and it's quite possible the market will simply fragment — with lots of companies distributing content in a number of different ways.

The outcome is hard to predict, but Sarandos of Netflix says consumers have reason to be happy.

"Competition is always good for consumers and generally good for the players involved," he says. "This is a marathon — this is a long race and we're just entering into a very important phase in online video delivery."

It's not yet clear who will be at the finish line.