Accessibility links
Sizing Up Japan's Nuclear Emergency: No Chernobyl The problems at Japan's nuclear power plants, while serious, are unlikely to cause a massive radiation release. "It's simply impossible to imagine anything like Chernobyl happening in these reactors, despite all the problems they're having," an expert says. 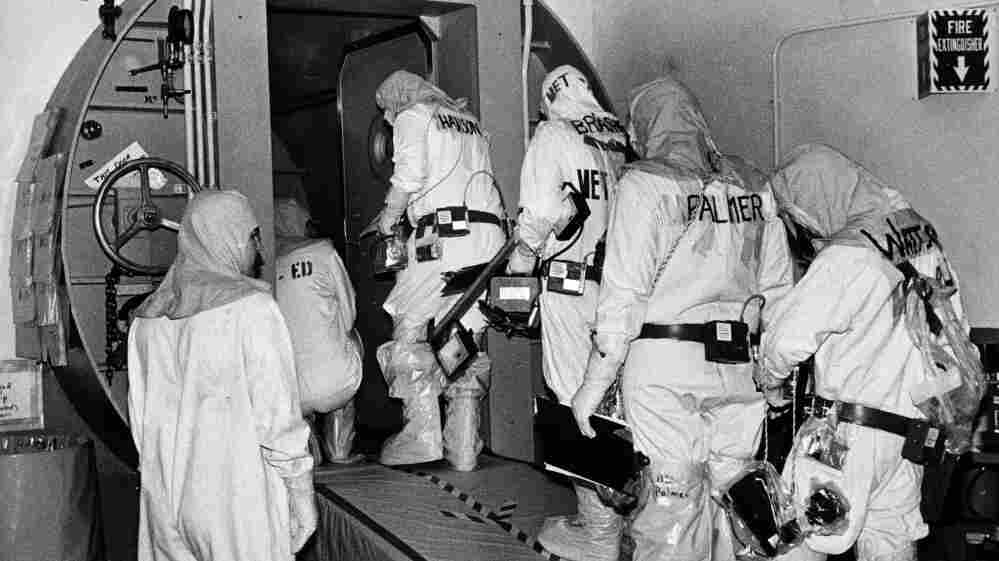 Problems at three nuclear reactors in Fukushima, Japan, have led to news reports that range from reassuring to terrifying. But experts on nuclear accidents say there's plenty of cause for concern, not for alarm.

It's simply impossible to imagine anything like Chernobyl happening in these reactors, despite all the problems they're having.

David Brenner, professor of radiation biophysics at the Center for Radiological Research at Columbia University

The benchmarks for nuclear mishaps were set by incidents at Three Mile Island in Pennsylvania in 1979 and Chernobyl in the former Soviet Union in 1986, and most experts think what's happening in Fukushima will end up somewhere in between those two. But the trouble with comparisons like these is that leaves a lot of wiggle room.

"[Chernobyl and Three Mile Island] were really very, very different," says David Brenner, a professor of radiation biophysics at the Center for Radiological Research at Columbia University. "Just to put it in perspective, Chernobyl was roughly the equivalent of a million Three Mile Islands" in terms of the amount of radiation released.

The amount at Three Mile Island wasn't enough to cause any detectable health problems, but radiation from Chernobyl killed dozens and put many thousands more at increased risk for cancer. Brenner says it's unlikely Fukushima will be that bad.

"I think in almost any situation, we're much closer to Three Mile Island than Chernobyl," Brenner says. "It's simply impossible to imagine anything like Chernobyl happening in these reactors, despite all the problems they're having."

Explosions Were Not Nuclear Blasts

One reason is that in Chernobyl, the nuclear reaction itself was out of control. But in Japan, all three reactors shut down the moment the earthquake struck. 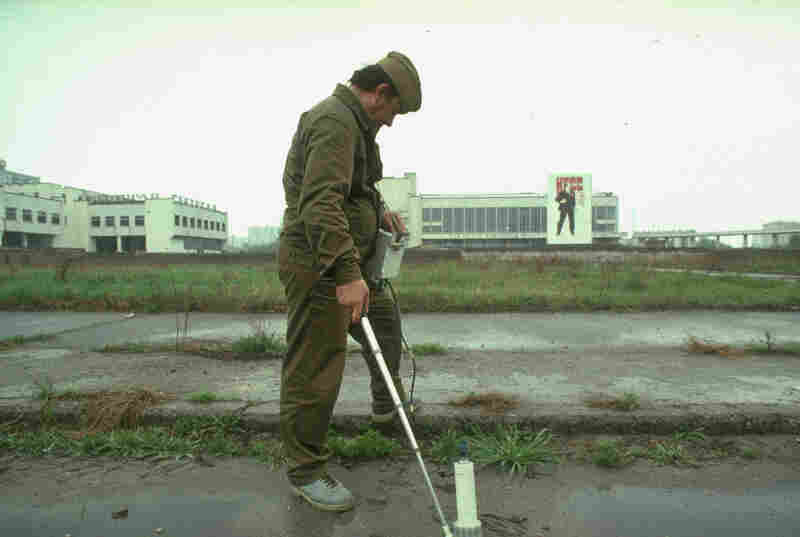 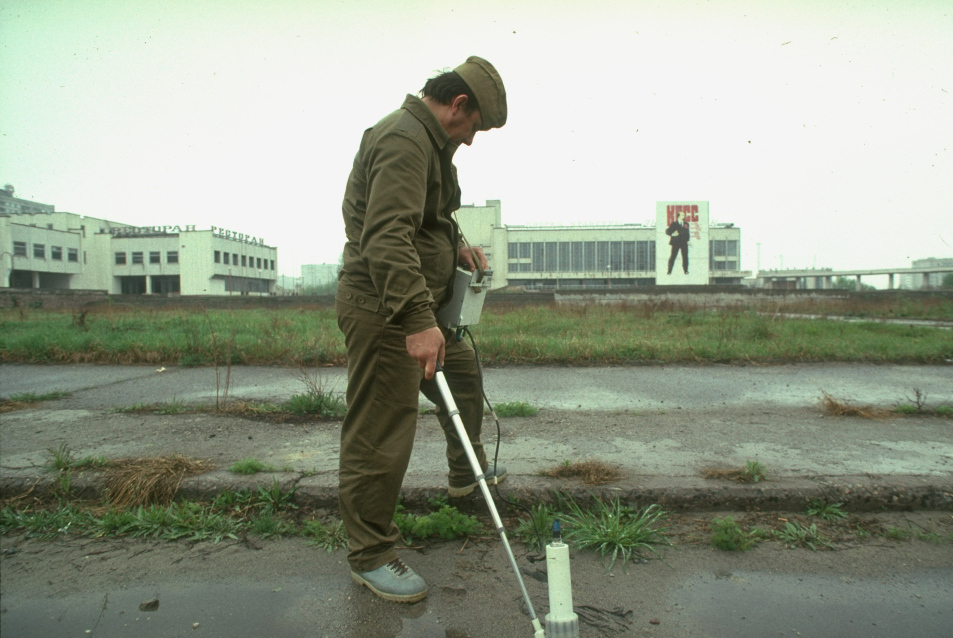 A worker measures ground radiation in a town abandoned after the catastrophic 1986 accident at the nearby Chernobyl nuclear power plant.

"What has happened is that the core of the reactor continues to stay very hot and needs to be cooled down, and that is done with what is called secondary cooling," Brenner says. "And it was the secondary cooling that failed."

This cooling failure has allowed at least two reactors to become hot enough to produce large amounts of hydrogen, and some of that hydrogen got out of the cores and caused the explosions.

But the explosions occurred outside the so-called containment vessels that surround each reactor, so the reactors themselves stayed intact. That makes the problems in Fukushima sound more like those at Three Mile Island.

Kenneth Bergeron, a physicist who has worked on simulations of nuclear accidents, says there are still reasons to worry, however. For one thing, he says, scientists have detected radioactive cesium and iodine outside the power plants.

"That is a telltale sign that the fuel rods have become overheated and that the cladding on those fuel rods has ruptured — a very bad sign," he says. "Not quite the same thing as a meltdown, but it's the precursor to a meltdown."

Melting At The Core

Japanese officials say at least two of the reactors at Fukushima probably have experienced some melting at the core. But Dale Klein, the former chairman of the U.S. Nuclear Regulatory Commission, says that doesn't tell you much.

"What we call a core melt — it's like an automobile accident. You can have all the way from a fender bender to a massive collision," Klein says. "And so when we talk about fuel melting, you can have just a few fuel elements or just have the top of them."

At the Three Mile Island accident, about half of the fuel melted in the reactor. In a complete meltdown, though, the nuclear fuel ends up in a molten mass hot enough to burn its way right through the steel pressure chamber surrounding the core.

Klein says once that happens, the last defense is a containment structure made of thick steel and concrete.

"If you look at Chernobyl, they did not have a containment [system]. So once they had an accident, they had massive releases of radioactive materials," Klein says. "In the case of Japan, as long as the containment and reactor vessel remain intact, it's not likely they will have massive radiation releases."

But scientists say the containment vessels in Fukushima are not as large, or as strong, as the one at Three Mile Island.