Accessibility links
Terell Stafford Quintet: Live In Concert The composer Billy Strayhorn wrote some of the most exquisite melodies in the history of jazz. Stafford, the versatile trumpeter, played original arrangements of Strayhorn tunes with his working band. 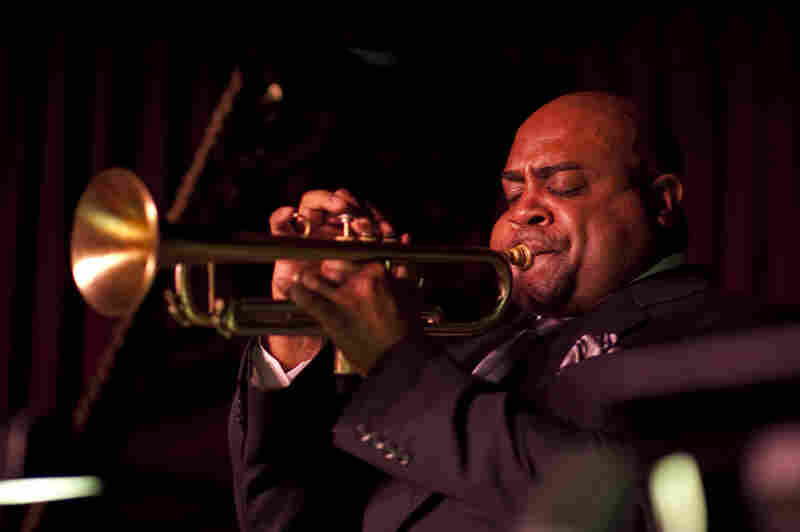 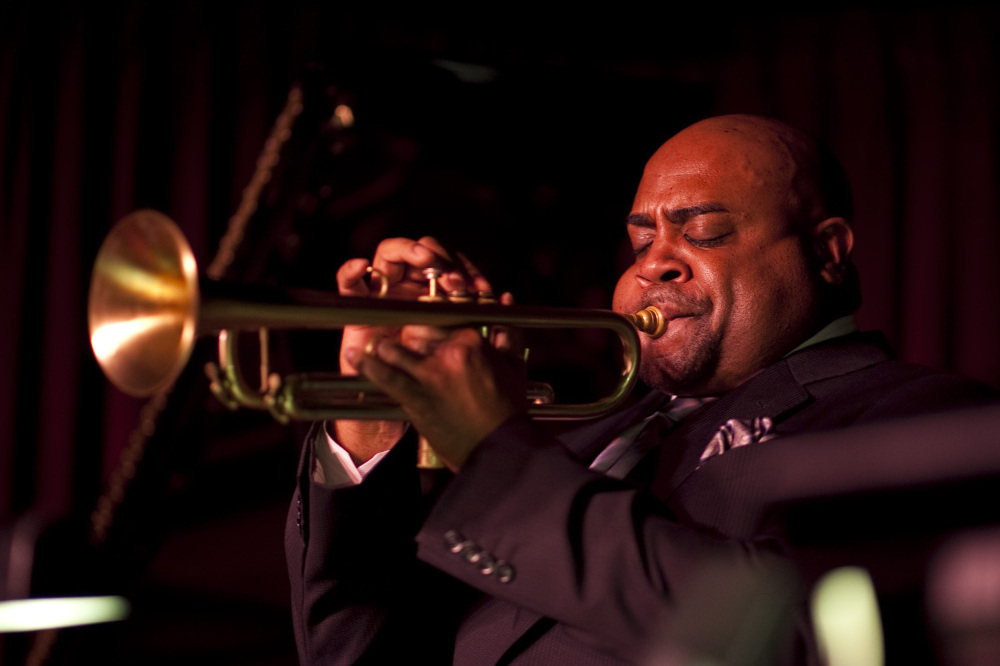 The composer Billy Strayhorn was responsible for some of the most exquisite melodies in the history of jazz. You've surely heard some of his tunes, if not necessarily his name: He mostly wrote them for the Duke Ellington Orchestra.

Jazz musicians know of his genius, though. The trumpeter Terell Stafford certainly does; his upcoming album This Side of Strayhorn interprets nine Strayhorn tunes as straight-ahead jazz, circa 2011. He and his quintet celebrated the release of this recording live at the Village Vanguard in New York, and WBGO and NPR Music were on hand on opening night for a live audio/video broadcast and webcast.

This Side of Strayhorn largely features Strayhorn's more celebrated tunes — "Lush Life," "Day Dream," etc. — in a plainspoken, tasteful style. Stafford's band, however, has also workshopped a number of lesser-known tunes, which cropped up in performance: "Lana Turner," or "Smada." Pianist Bruce Barth had an important hand in these arrangements; he's part of Stafford's regular cast, which also includes the busy Peter Washington on bass, Tim Warfield on saxophones (coming in from rural Pennsylvania) and Dana Hall on drums (coming in from Chicago).

Stafford came to the jazz forefront the time-honored way — by spending valuable time as an apprentice in bands of veteran bandleaders like Bobby Watson and McCoy Tyner. Most of his gigs still come as a sideman; when you can play in almost every setting on both trumpet and flugelhorn, you get phone calls. He also directs the jazz program and teaches at Temple University in Philadelphia. But he's carved out time for his working band, and there's a document to prove it. In 2005, a nearly identical ensemble to the one appearing here recorded Stafford's previous album, the live CD Taking Chances. (In 2009, another nearly identical ensemble recorded Hall's debut as a leader, Into the Light.)

Terell Stafford plays in the Vanguard Jazz Orchestra, the big band in residence at the club on Monday nights, so he's no stranger to the venerated venue. But starting on March 15, 2011 he got to move up from the back row for a week.

All compositions by Billy Strayhorn