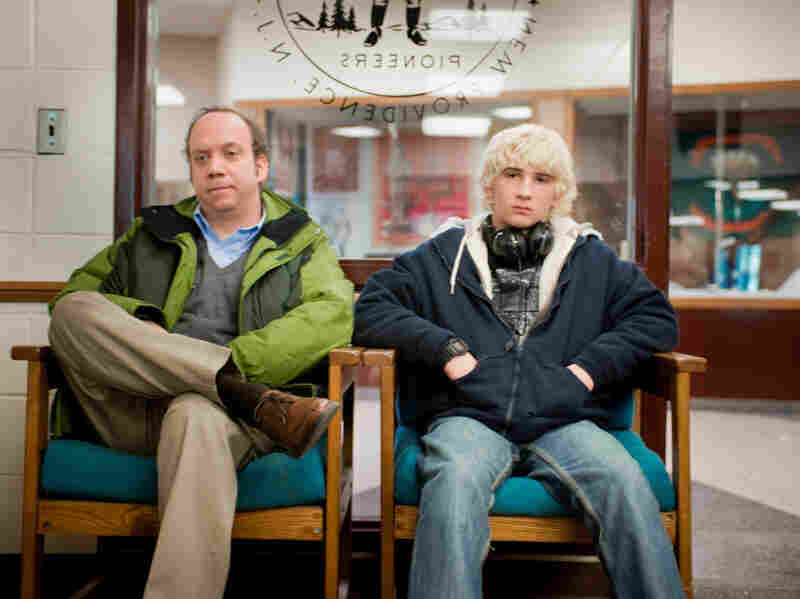 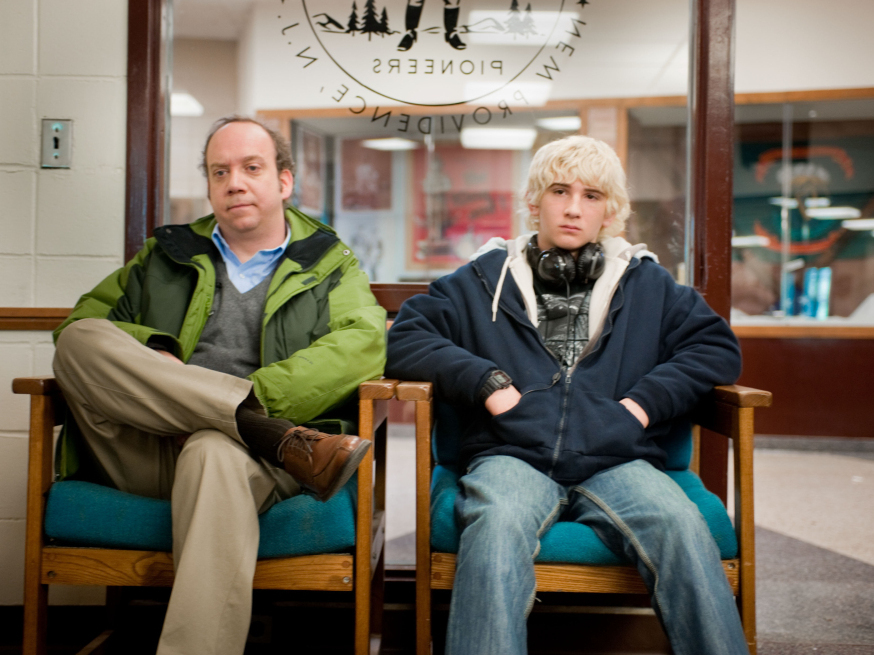 In Win Win, Paul Giamatti plays Mike Flaherty, a small-town lawyer and high school wrestling coach faced with a moral dilemma after he engages in some questionable business dealings and becomes the guardian of an aging client. Flaherty also ends up taking in the client's difficult grandson Kyle (Alex Shaffer), a star athlete who could be the key to a winning wrestling team — until Flaherty realizes Kyle's troubled family life might interfere with his plans.

Director and co-writer Tom McCarthy, a high school wrestler himself, tells Fresh Air's Dave Davies that he knew he needed a real wrestler for the part of Kyle. After holding open auditions for high school wrestlers, he cast Shaffer, who had no acting experience, because of his energy and "deadpan" acting quality. And he could wrestle. Just two weeks after he was cast as Kyle, Shaffer won the New Jersey state wrestling championship in the 119-pound weight class.

"That's no small feat," says McCarthy. "As a sophomore, he was 36-0. This kid has an amazing work ethic and he threw himself into acting in quite the same way [he did with wrestling]. He has a kind of fearlessness and the self-confidence from being such a great athlete and that certainly carried over into his work as an actor." 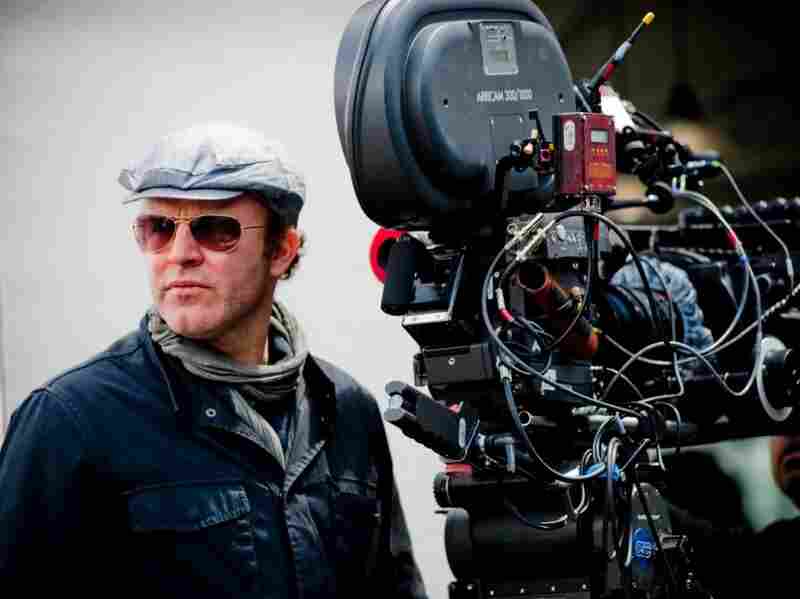 Director Tom McCarthy is a graduate of Boston College and the Yale School of Drama. Fox Searchlight hide caption 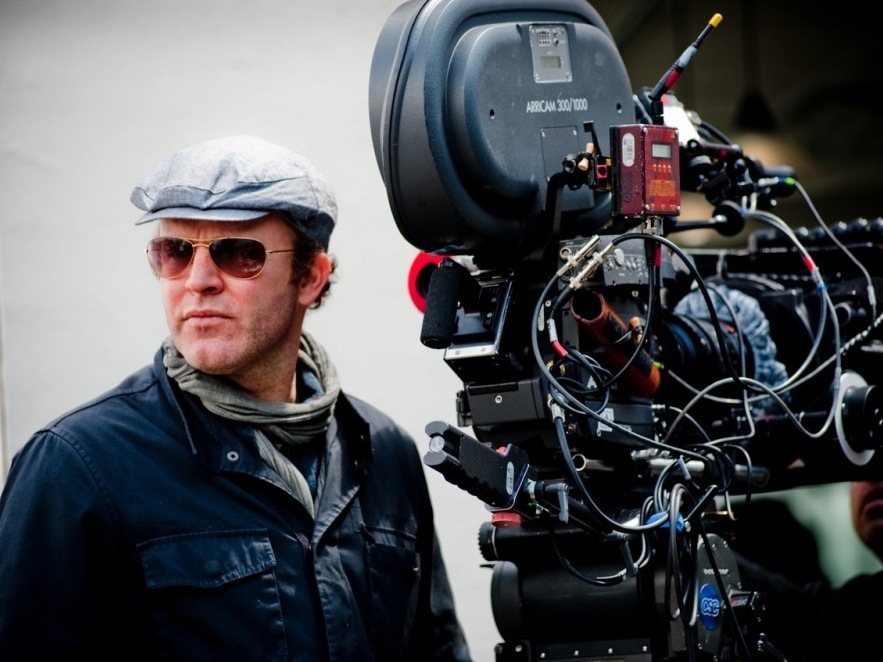 Director Tom McCarthy is a graduate of Boston College and the Yale School of Drama.

It's that fearlessness and self-confidence that attracted McCarthy to wrestling in the first place and why, he says, he chose to set his family comedy in and around the mats at a high school gym.

"It's such a tough sport," he says. "Just to get through a season, you feel like you've accomplished something. And there really is this thing about going out onto a mat and taking a guy on, one-on-one, with a set of rules applied. I think it toughens you up. I think it gives you that sense of [thinking] 'I can take on any problem.'"

McCarthy is also the director and writer of the 2003 film The Station Agent and 2008's The Visitor. As an actor, he has appeared on the television shows The Wire and Boston Public and in the films Meet the Parents, Syriana and All the King's Men. He was nominated for an Academy Award in 2010 in the category Best Original Screenplay for the animated film Up.

On his role as Scott Templeton on The Wire

"He was a greatly misunderstood reporter. He's probably ambitious before all else ... very career-minded. I think David Simon beat into me when we were shooting that this guy wasn't a bad guy, that he had done nothing wrong. And of course, he was just pushing me to play against type and to play the reality of the moment — which is a young man who's trying to further his career by any means necessary. Unfortunately in doing so, he crosses a few journalistic lines. But it was such an enjoyable experience playing that character."

On Patricia Clarkson's character's silence in The Station Agent

"I had some very good actors. To trust an actor in what they can do in space and with quiet and with stillness, I find that can be incredibly compelling for audiences. And on some level, there is an urge for writers to overwrite — to make dialogue a little more snappy than it usually is in real life. And I understand that. Some writers do that extremely, extremely well. I'm not quite that way. I just trust what I think are the natural rhythms of dialogue in conversation and have faith in that, wherever it may lead."

On becoming an improv performer

"Almost on a lark, I auditioned for a comedy-improv group on campus called My Mother's Flea Bag. They're a popular troupe that still exists on [Boston College's] campus. I was accepted into the troupe and that really had a huge impact on me. Because I was doing something I had never done before — namely, perform and write. They became my world and then after college, a group of us performed in Cape Cod for the summer and then we made a group decision to move to Minneapolis, Minn., and pursue the big dream there."

On moving from regional theater to film and TV

"[After Yale Drama School] I quickly set to filling my time with writing and working through that. In terms of an actor, I started doing regional theater in Baltimore and Boston. Then I started doing some television and independent movies and finding my way. I remember there were days upon days where I thought, 'I guess I could go walk in Central Park again.' Did a lot of walking back then. A big part of being an artist — whether it's a actor, writer, director, painter — is figuring out your life ... and that's not easy."