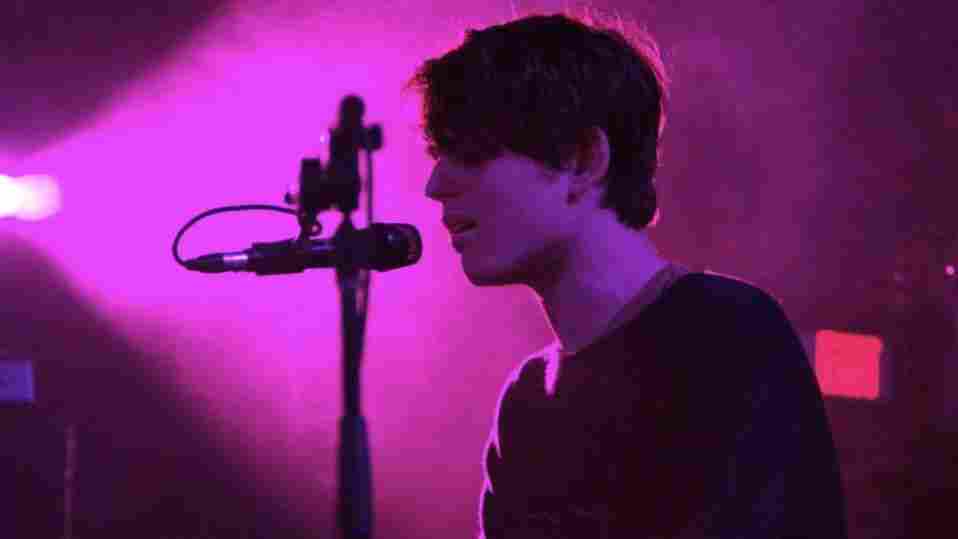 James Blake enters SXSW facing expectations both high and low: On one hand, the dubstep upstart with the heartbreaking voice — equal parts Antony and Aaron Neville — is widely regarded as a breakout star for dubstep and a new standard bearer for electronic music itself. On the other, Blake's music is so full of silence and stillness that no one would be surprised if stage presence was a secondary concern. He's a guy whose gig revolves around manipulating beats (and, of course, his own vocals), and that often means sitting still and letting the light show work its magic.

The reality isn't quite so stark, however: The baby-faced Blake will never be confused for James Brown, moves-wise, but he wasn't exactly asleep at the switch in this set from Stubb's in Austin, Texas, recorded live as part of the South by Southwest music festival. Bathed in blue light for much of his set, peppered with a few strobes and assisted subtly by a drummer and guitarist, Blake adjusted to technical difficulties — a drum-pad malfunction forced him to scrap a few songs at the last minute — to craft a show that was alternately ghostly in its beauty ("Lindesfarne II," "Limit to Your Love") and knee-rattling in its bass-heavy rumble.