Accessibility links
Budget Cuts Put School Sports On Chopping Block As many states seek to rein in their budgets, school districts across the country are facing cutbacks. One of the first things to be eliminated is often high school sports — and that may even include football, a fan favorite. 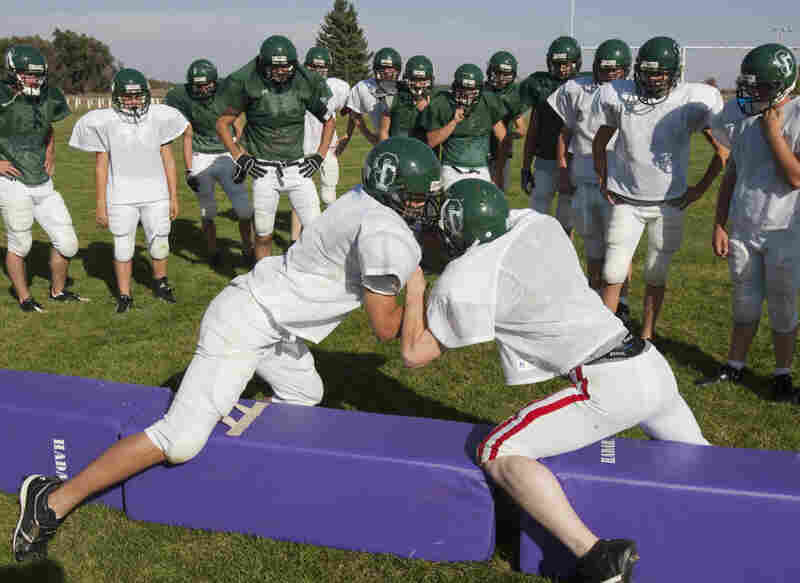 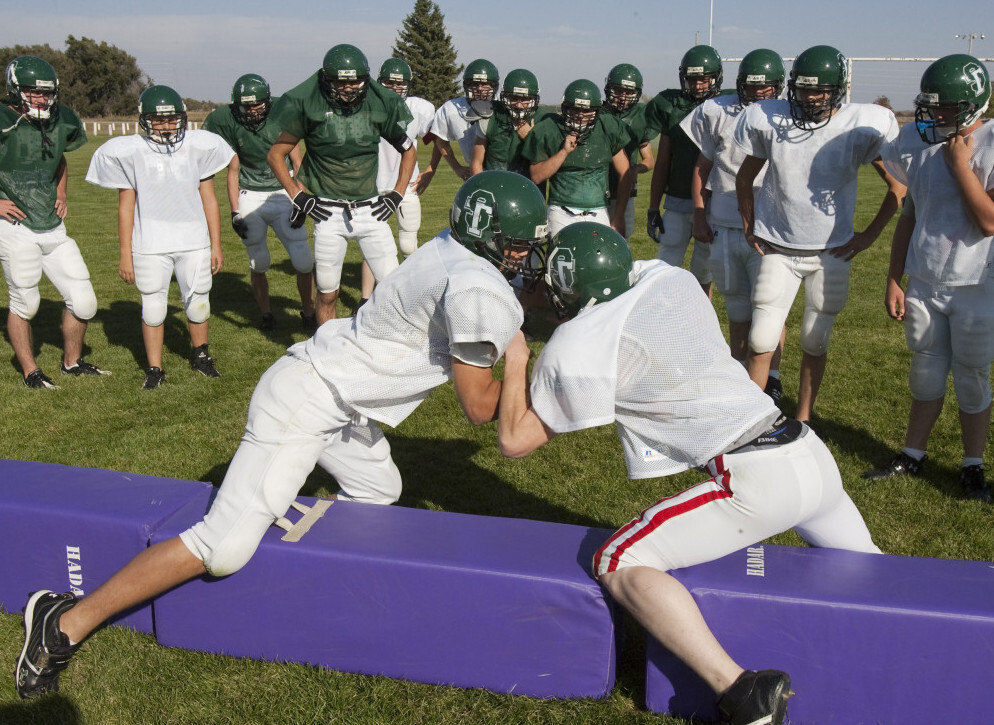 Players for the combined football team of Sandhills High School and Thedford High School train during practice in Dunning, Neb., in 2009.

School sports surely mean more in the United States than in any other country. For small-town America, sports teams even become a significant part of a community's identity.

And now that so many American school districts –– even whole states –– are facing reductions in school funding, more and more, it is athletics that are being cut back. Sometimes now, public school sports survive only by the grace of private donations, from parents and fans.

Of course, it's not just sports that are prime prospects for elimination, but also art and music. After all, sports, art and music, the S-A-M of school –– what I call the SAM activities –– are known as extracurriculars, emphasis on the "extra." They're the logical expenses to slash before you take down the educational basics: reading, writing, arithmetic.

It's impossible not to argue with this rationale, but it's also true that when children who are artistic or musical are denied that opportunity in school, their young personal loss eventually not only robs them of developing their talent but diminishes us as a culture.

And to knock out athletic exercise at a time when childhood obesity is an absolute epidemic could be just as damaging for the health of the nation. David Brooks, in a recent New York Times column, also notes that administrators who cut the SAM activities are deluding themselves, because in the long run, these are interests that "keep kids in school and build character."

Ironically, the most sensible extracurricular activity to be eliminated would be the most controversial: football.

Yes, it's excessively expensive compared with other sports. It's played only by one sex –– boys –– and the evidence grows regularly now that it is a dangerous sport, rife with concussions, which can damage young brains.

Now, the hue and cry that would go up if schools started trying to drop our favorite sport would be at the megalevel. It would probably produce more hysteria than raising taxes would. But from a strictly realistic, cost-effective, health-effective, culture-effective point of view, it would make the most sense to drop football. That would allow art and music to remain in school, and divert boys into safer athletic exercise.

Or look at it this way. If administrators actually threatened to eliminate football, the football people might finally have to try to take the deadly violence out of the game.