Accessibility links
Nuclear Information Gap Spreads Doubt, Fear The uncertainty that has gripped Japan since the Fukushima crisis began is turning into public and official anger. Those seared by past accidents say reliable information is key — but hard to come by. 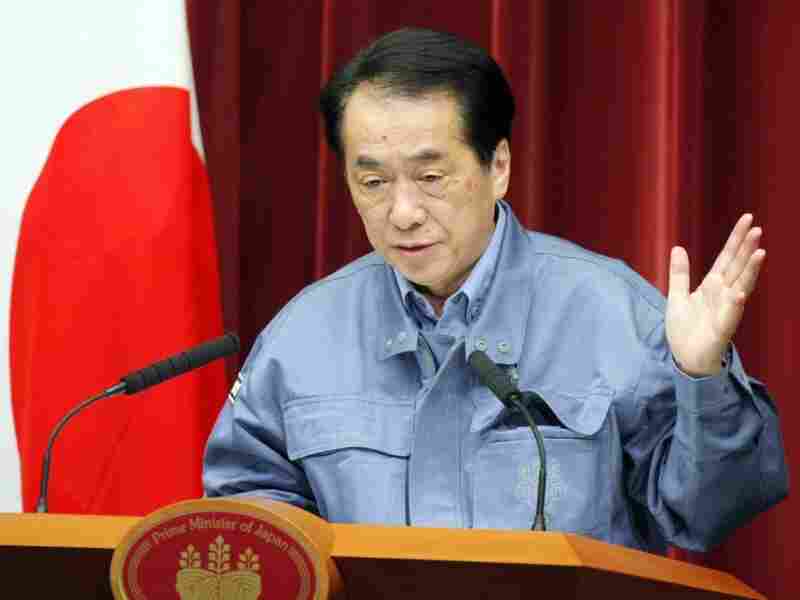 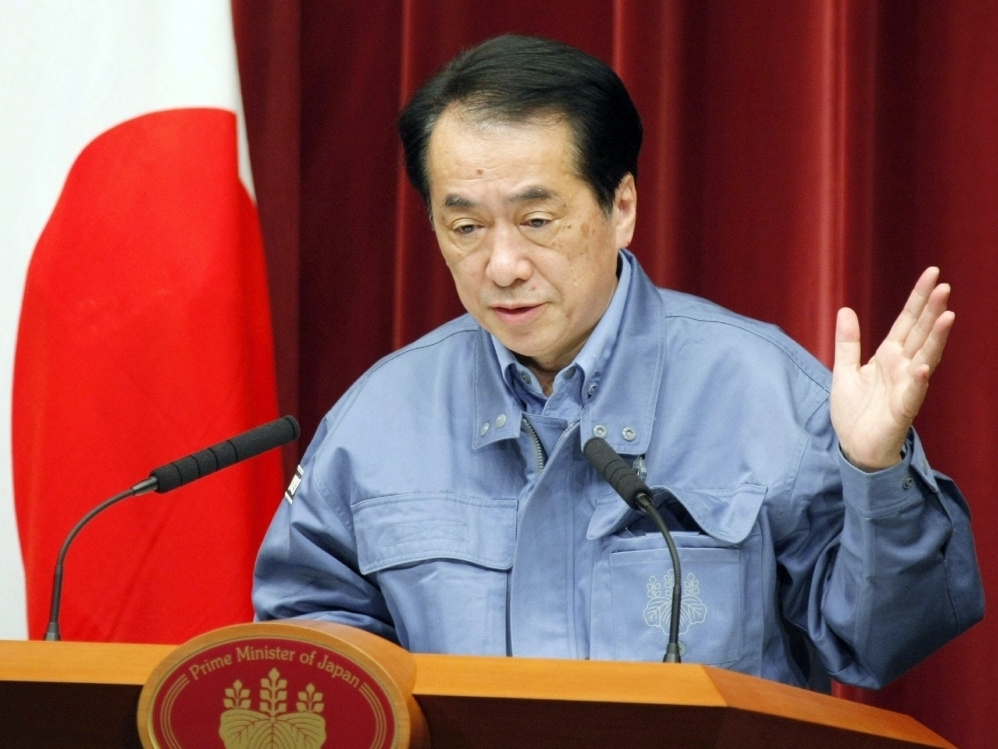 Japanese Prime Minister Naoto Kan has reportedly demanded that executives from Tokyo Electric Power Co. answer the question: "What the hell is going on?"

The uncertainty that has gripped Japan in the days since its nuclear crisis began is erupting into public and official anger over the lack of reliable safety information.

Japanese Prime Minister Naoto Kan seemed to be speaking for his entire country Tuesday when he met with executives from the Tokyo Electric Power Co. "What the hell is going on?" Kan demanded, according to a report from Japan's Kyodo news agency.

It's a question many are asking, and not just those living near Japan's compromised reactors in Fukushima, where the plant's operators were desperately trying to use seawater to control overheating nuclear fuel. Fear of the invisible threat of radiation exposure is spreading, but answers and trust are harder to come by.

"TEPCO answered the first question — is the plant shut down and is saltwater going in?" says Harold Denton, a nuclear expert with experience managing the response to a significant nuclear incident. "But they haven't answered the second part of the question: What's escaping? How much? Can they stop it?"

The lack of consistent, credible information, and confusing reports about radiation levels around the stricken Fukushima Daiichi plant, are driving public anxiety. Thousands living near the facility in northeast Japan have begun fleeing the area, ignoring government warnings to stay indoors with their windows closed.

"What's missing in all of this is some sort of credible briefing that would tell everyone what's really going on," Denton says.

Denton is intimately familiar with the importance of putting out timely and accurate information during an unprecedented crisis. He was the senior Nuclear Regulatory Commission official sent by President Jimmy Carter to monitor the response to the 1979 partial meltdown at the Three Mile Island nuclear power plant near Harrisburg, Pa. The experience, Denton said, had its low points — including a misinterpreted radiation report that almost triggered an unnecessary mass evacuation. 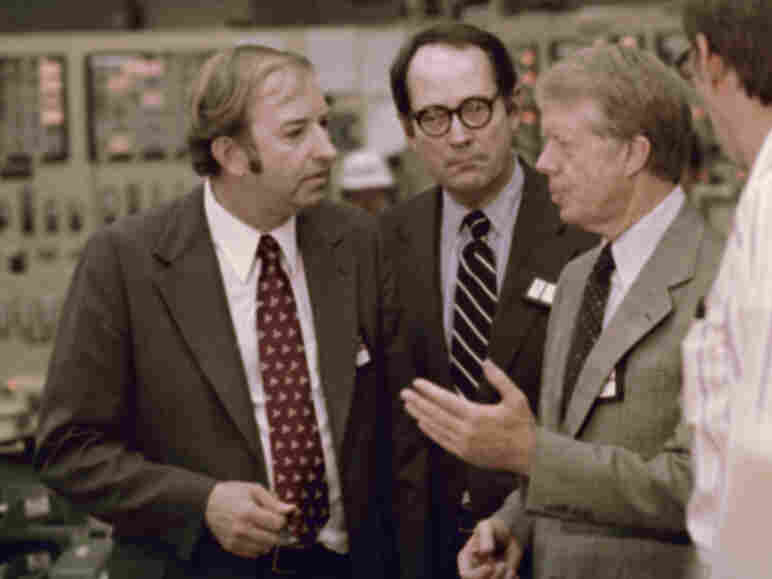 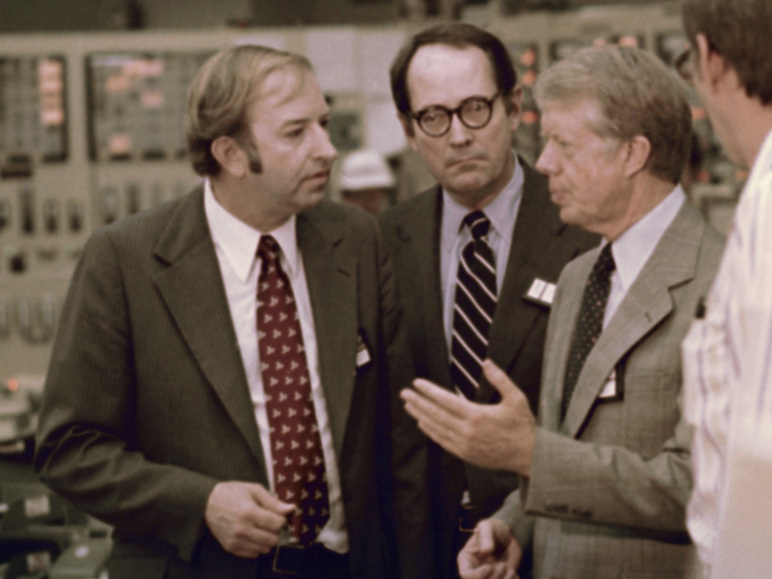 Any unfolding crisis of the magnitude of Three Mile Island and the current situation in Japan requires managing information and politics, as well as the potential for public panic. There is the hardware issue, in terms of what is physically happening in the plant. And there's the equally important public communications issue.

Denton says he learned that in Pennsylvania more than three decades ago. U.S. nuclear regulators "did not treat emergency preparedness before Three Mile Island as anything more than a building-facility hardware issue," Denton says. "Not until TMI did we realize that the existence of a workable, demonstrable emergency communication plan was a necessary part of safety."

John Ullyot reaffirmed those lessons when he helped assemble a 2008 report for the Senate Homeland Security Committee on how to handle communications in the event of a different kind of nuclear incident — an assault by terrorists using radioactive material. Ullyot, a senior communication consultant in the Washington office of Hill & Knowlton, says he was struck by two major findings: People potentially affected by disasters or attacks want to know all the information available, good and bad; and they want to hear it from a local official — not the president or a Cabinet secretary, but someone who would also be directly affected by the incident.

Ullyot also says the public wants the information early, and they want it to be accurate: "More than 80 percent said they want to know the full extent of the problem with no sugar coating, so they can make the best decisions for themselves and their families."

Disaster briefings also need to be "candid, frequent, informal and direct," he says. "But the key is credibility. If someone says one thing, and it turns out not to be the case, there is no way to break through the rumor and chatter out there."

For Dick Thornburgh, Three Mile Island was a "searing first experience." He was just 72 days into his first term as Pennsylvania governor when the incident began to unfold. He says the plant owner and operators initially told him that "all the systems had worked, and there was no danger." And Thornburgh relayed that information to anxious Pennsylvania residents.

"That was clearly a misrepresentation, as our own engineers and nuclear regulatory people could see at the site," says Thornburgh, who later served as attorney general under presidents Ronald Reagan and George H.W. Bush. "Clearly I was a lot more skeptical after that. ... If you pass on some bad information, you better get out and get in front of it." 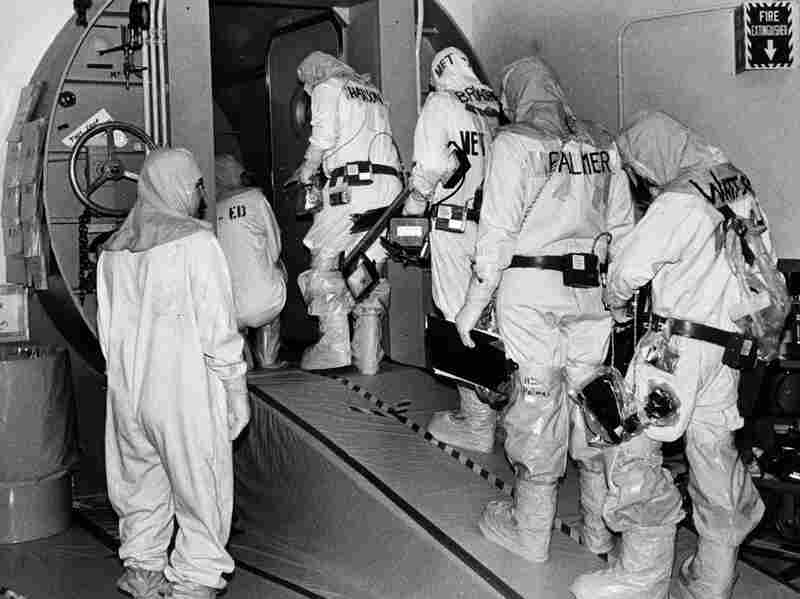 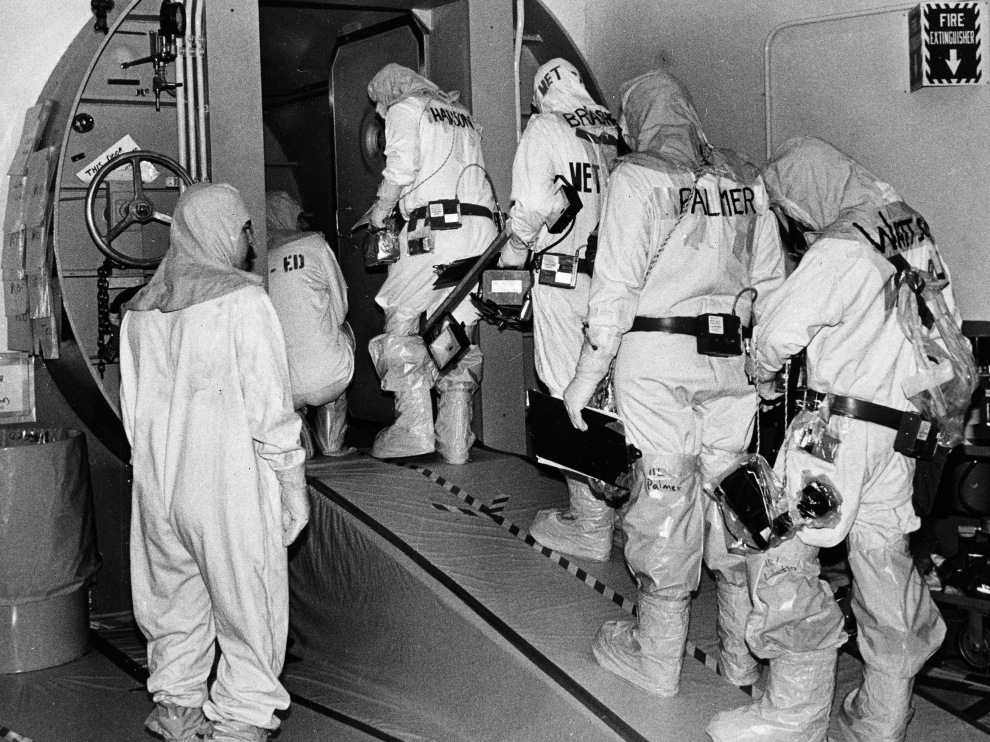 Technicians at the Three Mile Island plant enter the outer airlock door leading into the containment building housing of the disabled nuclear reactor in Harrisburg, Pa., on Feb. 11, 1982.

Ironically, Thornburgh says admitting that he had put out bad information ultimately helped his credibility.

Denton helped, too. Thornburgh described the NRC official as a scientist with a knack for putting "nuclear speak" into plain English.

"He had a very disarming manner — a North Carolinian with a Southern drawl — and he'd talk to anybody who was covering that event," the former governor says. "We didn't know the technology, and we didn't have any particular skill at translating nuclear speak. He could."

The governor and Denton began holding daily news briefings — and Thornburgh says the combination of scientist and elected official seemed to give their appearances extra credibility.

While criticized for early missteps, Thornburgh says the crisis at Three Mile Island strengthened his administration — and left him with three lessons:

"I'm very sympathetic to Japanese officials and executives," Thornburgh says. "To be honest, we really didn't have a firm handle on Three Mile Island until President Carter dispatched Harold Denton."

"The public can handle news, good and bad, so long as they are confident in the source," he adds.

'I Cannot Believe It'

That kind of confidence appears to be missing in Japan, where each new report of an explosion or a fire at the Fukushima plant and conflicting details about the extent of radiation leaks seems to be testing the public's trust.

The government has ordered those within 12 miles of the Fukushima plant to evacuate, while urging those in a 19-mile radius to stay put.

But many residents from a far wider area ignored the recommendations to stay indoors and were fleeing in lines of cars that stretched to the horizon.

"According to the news, the government said just live inside the house," one woman in Koriyama, 40 miles west of the plant, told NPR on Tuesday. "But I cannot believe it."