Accessibility links
A Nuclear-Powered U.S. Still Too Expensive Both the Bush and Obama administrations have tried to promote the growth of nuclear power. The biggest obstacle to building new nuclear power plants is that it costs too much money to construct a modern nuclear reactor — especially when cheaper power plants that burn natural gas can be built. 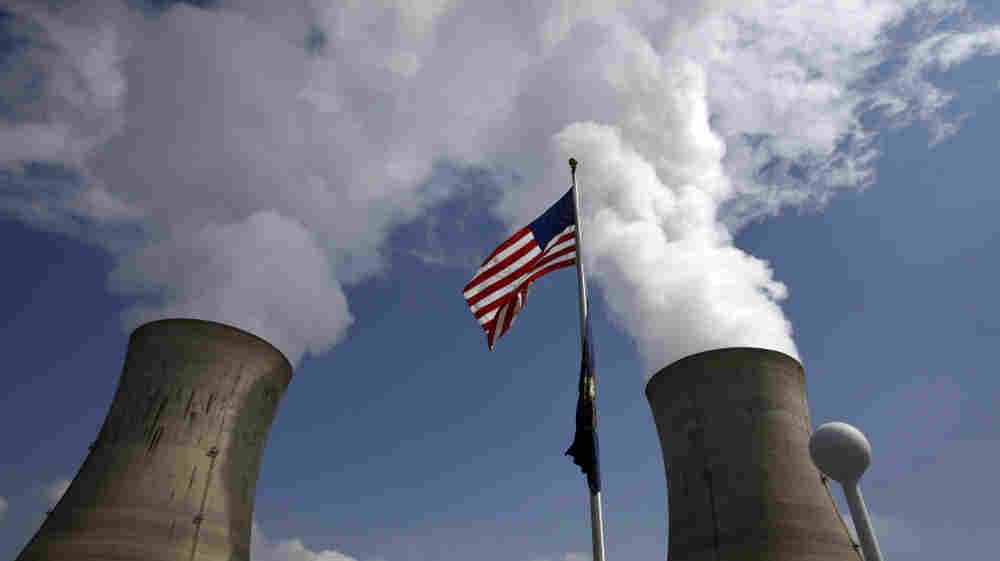 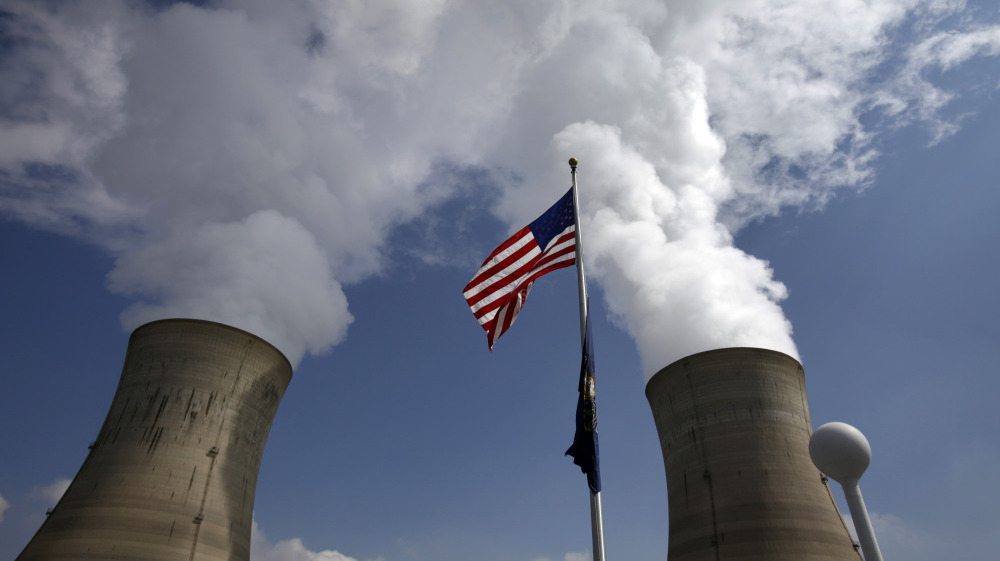 The battle to avoid a nuclear disaster in Japan is scary to watch. It might also spark a shift in the nuclear debate in the U.S., where both the Bush and Obama administrations have tried to promote the growth of nuclear power.

At a hearing Wednesday in Congress, that support is likely to be questioned, but lately something more powerful than fear has been keeping nuclear power in check, at least in the U.S.: economics.

The biggest obstacle to building new nuclear power plants lately is expense. It just costs too much to build a modern, supersafe nuclear reactor — especially when you can build much cheaper power plants that burn natural gas.

"The bulk of all the new capacity that we're projecting between now and 2035 is gas-fired technology," says Robert Eynon, with the federal Energy Information Administration.

The EIA projects the growth of different types of power plants like natural gas, hydroelectric, nuclear or coal. It predicts some growth in nuclear, about 5 gigawatts from four or five new nuclear power plants. That's not too much, compared with other methods.

"When we look at the gas technologies, we have about 100 gigawatts of combined cycle and combustion turbines," Eynon says. That's 20 times more to be produced from natural gas.

Even before the recent crisis in Japan, the U.S. was projected to build only a few more nuclear power plants over the next 20 years. That's a change from just five or so years ago, when the power industry was looking to build a lot more — maybe 50 new nuclear power plants.

John Longenecker calls that time the "heady days of the nuclear renaissance." He used to work for the U.S. Department of Energy and later for General Atomics.

Now a consultant, Longenecker says that a few nuclear power plants are under construction now. Before that, the U.S. hadn't built a new one in more than 30 years. For a long time, that was because of fears stemming from the disaster at Chernobyl and the accident at Three Mile Island.

Since then, a safer track record and concern about global warming have made nuclear power look more attractive.

"The nuclear plants are not a carbon emitter, so when you're worried about clean air, it's one of the cleanest sources that you find," Longenecker says.

In fact, the government is now offering tax credits and guaranteed loans as incentives to build nuclear power plants. Natural gas, however, has been more plentiful and falling in price — not to mention, the recession curbed power demand somewhat. Plus, lawmakers failed to pass tough carbon emissions legislation.

"Clean air legislation has not passed," Longenecker says, "so the thought was that the cap-and-trade or some type of carbon tax would be a strong incentive — an advantage to a nuclear power plant that is a non-carbon emitter. So the downturn in the economy, the lower price, the lower demand and lack of carbon tax have all been negatives to nuclear power."

A Nuclear Future Could Still Be Ahead

That said, Longenecker thinks nuclear power will eventually take off again in coming decades in the U.S. It will get harder to meet growing demand with so much reliance on fossil fuels, he says, and nuclear power is already growing very rapidly in India and China.

It's unclear what the current situation in Japan will mean in Asia, but those in the industry are hoping for the best.

"So far, the primary containment has held, even though there was an earthquake that was above what the original plant was designed for," says John McGaha, a former executive with nuclear power company Entergy. He's hopeful that even Japan's 40-year-old Fukushima plant will hold up.

"At the end of the day, we can show that this plant — even under a worst-case scenario — when all this plays out, hopefully we can say even under these circumstances, the plant stayed safe relative to the ultimate impact on the health and safety of the public," he says.

McGaha hopes that will be encouraging to politicians, regulators and the general public, but it might not be. Already the German government says it will temporarily shut down operations at seven of its nuclear power plants that are more than 30 years old.