Accessibility links
The Nation: The Human Hand In Nuclear Disasters In light of Japan's ratcheting nuclear problems in Fukushima, Jonathan Schell of The Nation takes an interesting peek into the short history of nuclear thought and concludes that the problem with humans wielding nuclear power isn't about backup generators or safety rules — it's our essential human fallibility.

The Nation: The Human Hand In Nuclear Disasters

The Nation: The Human Hand In Nuclear Disasters 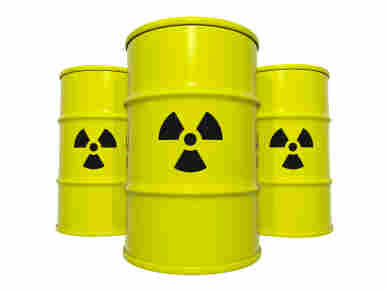 The burgeoning disaster at Fukushima nuclear power plant is the worst crisis in Japan since World War II, according to Japanese Prime Minister Naoto Kan. World War II was when Hiroshima and Nagasaki were hit by atomic bombs. iStockphoto hide caption

Jonathan Schell is the Doris Shaffer Fellow at The Nation Institute and teaches a course on the nuclear dilemma at Yale.

The horrible and heartbreaking events in Japan present a strange concatenation of disasters. First, the planet unleashed one of its primordial shocks, an earthquake, of a magnitude greater than any previously recorded in Japan. The earthquake, in turn, created the colossal tsunami, which, when it struck the country's northeastern shores, pulverized everything in its path, forming a filthy wave made of mud, cars, buildings, houses, airplanes and other debris. In part because the earthquake had just lowered the level of the land by two feet, the wave rolled as far as six miles inland, killing thousands of people. In a stupefying demonstration of its power, as the New York Times has reported, the earthquake moved parts of Japan thirteen feet eastward, slightly shifted the earth's axis and actually shortened each day that passes on earth, if only infinitesimally (by 1.8 milliseconds).

But this was not all. Another shock soon followed. Succumbing to the one-two punch of the earthquake and the tsunami, eleven of Japan's fifty-four nuclear power reactors were shut down. At this writing, three of them have lost coolant to their cores and have experienced partial meltdowns. The same three have also suffered large explosions. The spent fuel in a fourth caught fire. Now a second filthy wave is beginning to roll — this one composed of radioactive elements in the atmosphere. They include unknown amounts of cesium-137 and iodine-131, which can only have originated in the melting cores or in nearby spent fuel rod pools. Both are dangerous to human health. The Japanese government has evacuated some 200,000 people in the vicinity of the plants and issued potassium iodide pills, which prevent the uptake of radioactive iodine. The US carrier USS Ronald Reagan had to change course when it sailed into a radioactive cloud.

The second shock was, of course, different from the first in at least one fundamental respect. The first was dealt by Mother Nature, who has thus reminded us of her sovereign power to nourish or punish our delicate planet, its axis now tipping ever so slightly in a new direction. No finger of blame can be pointed at any perpetrator. The second shock, on the other hand, is the product of humankind, and involves human responsibility. Until the human species stepped in, there was no appreciable release of atomic energy from nuclear fission or fusion on earth. It took human hands to introduce it into the midst of terrestrial affairs. That happened 66 years ago, also in Japan, when the United States dropped the atomic bomb on Hiroshima and Nagasaki. At the time, Harry Truman used language that is worth pondering today. "It is an atomic bomb," he said. "It is a harnessing of the basic power of the universe. The force from which the sun draws its power has been loosed against those who brought war to the Far East." Japan's prime minister, Naoto Kan, referred to the atomic bombings by implication when he stated that the current crisis was the worst for Japan "since the Second World War."

For some years afterward, atomic energy was understood mainly to be an inconceivably malign force — as the potential source of a sort of man-made equivalent of earthquakes, and worse. In the 1950s, however, when nuclear power plants were first built, an attempt began to find a bright side to the atom. (In 1956 Walt Disney even made a cartoon called Our Friend the Atom.) A key turning point was President Dwight Eisenhower's Atoms for Peace proposal in 1953, which required nuclear-armed nations to sell nuclear power technology to other nations in exchange for following certain nonproliferation rules. This bargain is now enshrined in the Nuclear Nonproliferation Treaty, which promotes nuclear power even as it discourages nuclear weapons.

As Ira Chernus has chronicled in his book Atoms for Peace, the proposal paradoxically grew out of Eisenhower's distaste for arms control. He had launched a nuclear buildup that would increase the U.S. arsenal from 1,436 warheads at the beginning of his two terms to 20,464 by the end. His strategic nuclear policy was one of "massive retaliation," which relied more heavily on nuclear threats than Truman's policy had. Arms control would have obstructed these policies. Yet Eisenhower needed some proposal to temper his growing reputation as a reckless nuclear hawk. Atoms for Peace met this need. The solution to nuclear danger, he said, was "to take this weapon out of the hands of the soldiers" and put it "into the hands of those who will know how to strip its military casing and adapt it to the arts of peace" — chiefly, those who would use it to build nuclear power plants. Of course, the weapon never was taken out of the hands of soldiers, but the basic power of the universe was indeed handed over to nuclear power engineers, including Japanese engineers.

The long, checkered career of nuclear power began. The promise at first seemed great, but the problems cropped up immediately. The distinction between Disney's smiling, friendly atom and the frowning, hostile one kept breaking down. In the first place, the technology of nuclear power proved to be an open spigot for the spread of technology that also served the proliferation of nuclear weapons. In the second place, the requirement of burying nuclear waste for the tens of thousands of years it takes for its radioactive materials to decline to levels deemed safe mocked the meager ingenuity and constancy of a species whose entire recorded history amounts only to some 6,000 years. Finally, the technology of nuclear power itself kept breaking down and bringing or threatening disaster, as is now occurring in Japan.

The chain of events at the reactors now running out of control provides a case history of the underlying mismatch between human nature and the force we imagine we can control. Nuclear power is a complex, high technology. But the things that endemically malfunction are of a humble kind. The art of nuclear power is to boil water with the incredible heat generated by a nuclear chain reaction. But such temperatures necessitate continuous cooling. Cooling requires pumps. Pumps require conventional power. These are the things that habitually go wrong — and have gone wrong in Japan. A backup generator shuts down. A battery runs out. The pump grinds to a halt. You might suppose that it is easy to pump water into a big container, and that is usually true, but the best-laid plans go awry from time to time. Sometimes the problem is a tsunami, and sometimes it is an operator asleep at the switch. These predictable and unpredictable failings affect every stage of the operation. For instance, in Japan, the nuclear power industry has a record of garden-variety cover-ups, ducking safety regulations, hiding safety violations and other problems. But which large bureaucratic organization does not? And if these happen in Japan, as orderly and efficient a country as exists on earth, in which country will they not? When the bureaucracy is the parking violations bureau or the sanitation department, ordinary mistakes lead to ordinary mishaps. But when the basic power of the universe is involved, they court catastrophe.

The problem is not that another backup generator is needed, or that the safety rules aren't tight enough, or that the pit for the nuclear waste is in the wrong geological location, or that controls on proliferation are lax. It is that a stumbling, imperfect, probably imperfectable creature like ourselves is unfit to wield the stellar fire released by the split or fused atom. When nature strikes, why should humankind compound the trouble? The earth is provided with enough primordial forces of destruction without our help in introducing more. We should leave those to Mother Nature.

Some have suggested that in light of the new developments we should abandon nuclear power. I have a different proposal, perhaps more in keeping with the peculiar nature of the peril. Let us pause and study the matter. For how long? Plutonium, a component of nuclear waste, has a half-life of 24,000 years, meaning that half of it is transformed into other elements through radioactive decay. This suggests a time-scale. We will not be precipitous if we study the matter for only half of that half-life, 12,000 years. In the interval, we can make a search for safe new energy sources, among other useful endeavors. Then perhaps we'll be wise enough to make good use of the split atom.