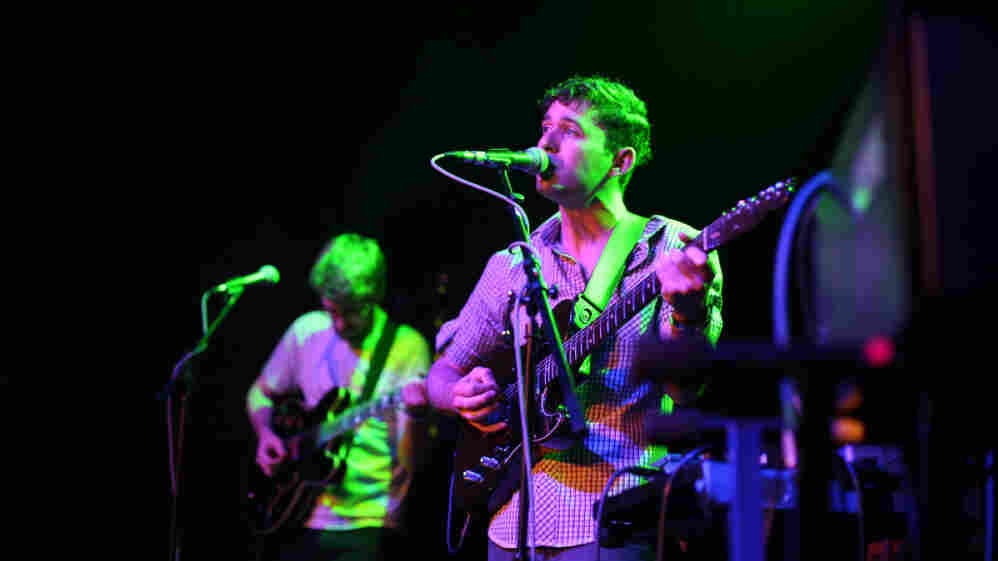 Peter Silberman (right) and Tim Mislock of The Antlers perform at The Parish in Austin, Texas. Katie Hayes Luke for NPR hide caption 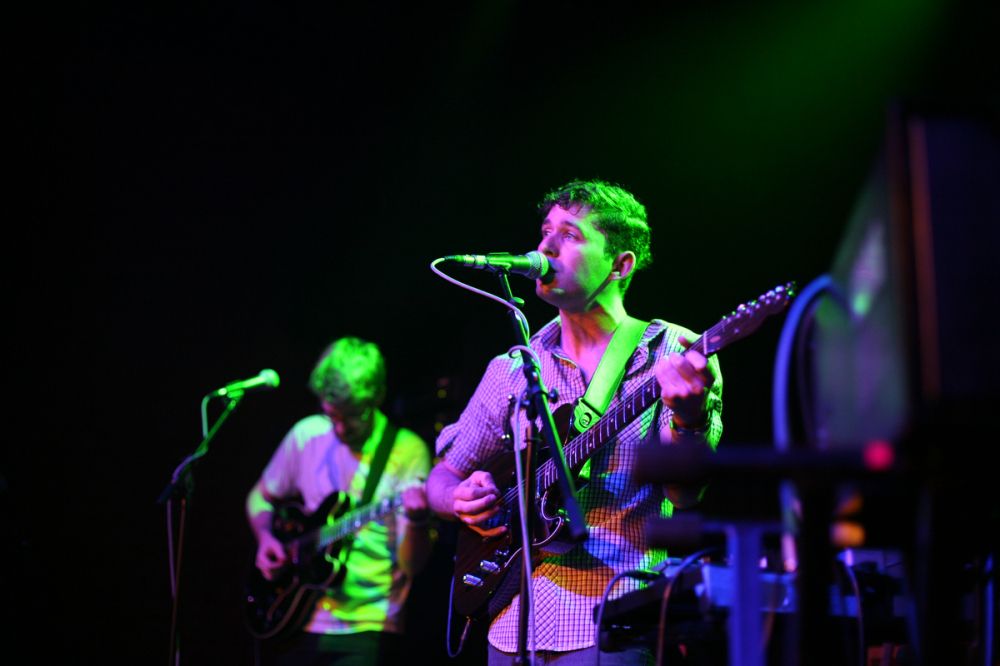 Peter Silberman (right) and Tim Mislock of The Antlers perform at The Parish in Austin, Texas.

No one ever said making an album in the studio was easy. In most cases, it involves balancing inspiration and craft with countless hours of tedious and painstaking labor — recording each tiny piece independently of the others, then trying to graft them all together in a way that simulates the chemistry of a stage show. The challenge that faced the Brooklyn band The Antlers at NPR's SXSW day party wasn't much easier: to reverse-engineer that process, to turn something painstakingly layered into a sound that resonates in front of a crowd. That takes as much practice as possible between a record's completion and the tours that follow.

The Antlers' new album, Burst Apart, doesn't come out until May, so it took a measure of fearlessness for the group to play the whole thing front to back at on Thursday at The Parish in Austin, Texas. As on 2009's gorgeous, grief-stricken Hospice, the songs from the new album land where intensity and grace collide; the collection may be mournful and slow, but it builds in epic fashion. On the live stage in Austin, frontman Peter Silberman and company tore through its new songs with little discussion or fanfare — the occasional trumpet infusion aside — choosing instead to let each piece stand, precariously but triumphantly, on its own.

35:15
Back To Top
More from SXSW Music Festival