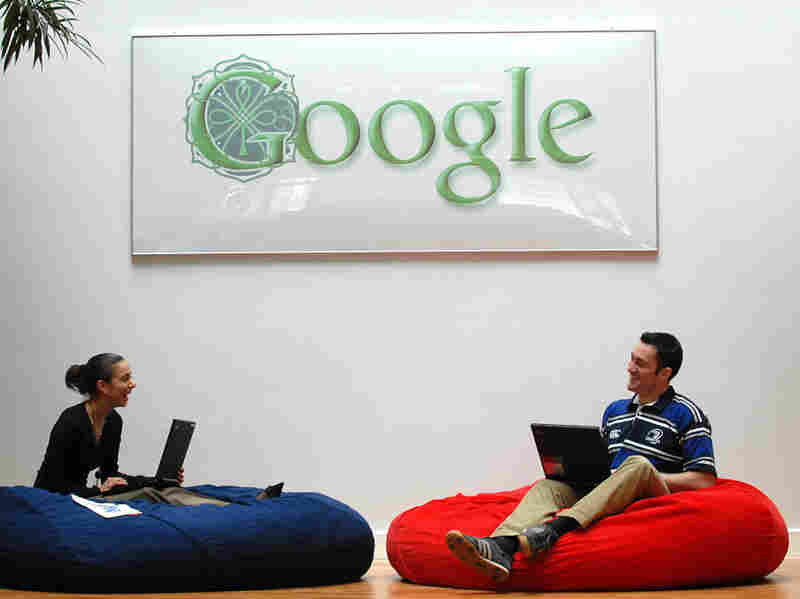 Employees at Google's Dublin office relax underneath the Irish-themed Google logo. Shifting most of its overseas profits through the Dublin office has saved Google billions in taxes. John Cogill/AP hide caption 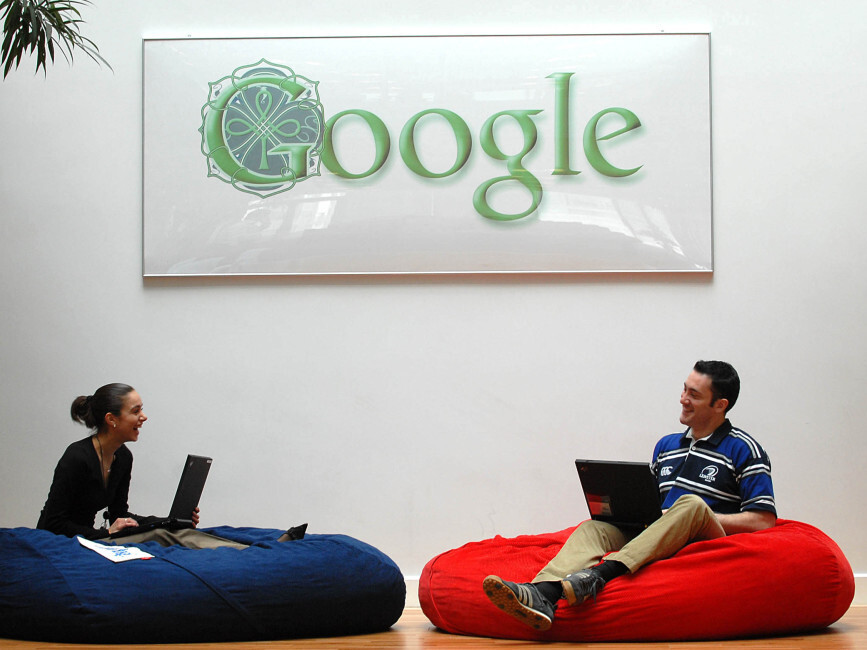 Employees at Google's Dublin office relax underneath the Irish-themed Google logo. Shifting most of its overseas profits through the Dublin office has saved Google billions in taxes.

On today's Fresh Air, Bloomberg News reporter Jesse Drucker, who has written extensively about corporate tax-dodging, explains how companies like Google, Pfizer, Lilly, Oracle, Facebook and Microsoft have managed to reduce their tax rates by hundreds of millions — and in some cases, billions — of dollars by taking advantage of offshore tax havens.

In October, Drucker reported that Google had saved $3.1 billion in taxes in the past three years by shifting the majority of its foreign profits into accounts in Ireland, the Netherlands and Bermuda using financial techniques called "the Dutch Sandwich" and "the Double Irish" arrangement. Basically, he says, Google credited its Irish office with the majority of its non-U.S. sales revenue — and then shuttled that money through various subsidiaries located in Ireland and other countries to save billions in taxes.

"You have an Irish operating company out there selling ads — they actually have real employees in Dublin," he explains. "They make payments to a Dutch subsidiary with no employees, which in turn makes payments to a Bermuda-headquartered Irish company with no employees. And the result of all of this is that it all helps to cut about $3 billion in Google's income taxes in the last three years."

Other companies have also been able to cut hundreds off their tax bills by shifting or licensing their earnings overseas. Forest Laboratories Inc., the manufacturer of the antidepressant Lexapro, cut its total income tax bill by more than a third last year by allocating income through various subsidiaries.

"They're a company that does almost 100 percent of its sales here in the U.S., they have almost 100 percent of their employees in the U.S., they're headquartered in New York City and yet the majority of their profits show up overseas, most of them attributed to a mailbox in Bermuda," Drucker says. "An economist at Reed College estimated that the U.S. is losing $60 billion a year in federal tax revenue [from all U.S. companies], but she's actually in the process now of revising that estimate and has arrived at a figure closer to $90 billion." 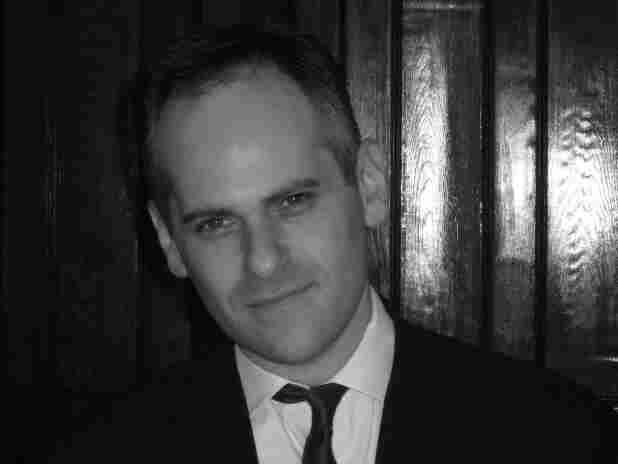 Jesse Drucker is a reporter on the projects and investigations team at Bloomberg News. He previously wrote for The Wall Street Journal, The New York Observer and The Star-Ledger. Rozalia Szabo/Courtesy of Jesse Drucker hide caption 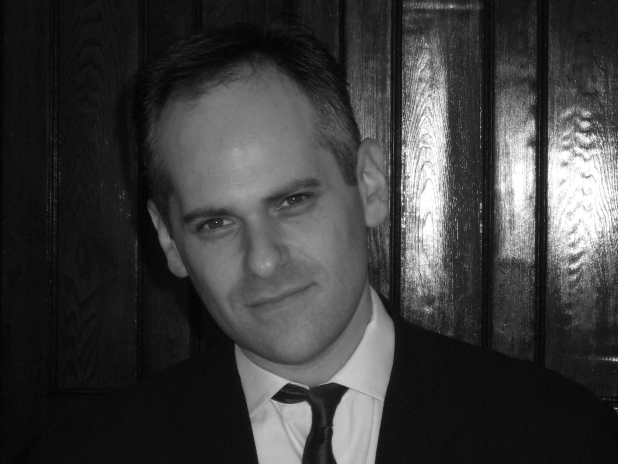 Jesse Drucker is a reporter on the projects and investigations team at Bloomberg News. He previously wrote for The Wall Street Journal, The New York Observer and The Star-Ledger.

"You're merely deferring it for as long as you keep it outside the U.S.," he says. "These are indefinitely reinvested earnings in your non-U.S. operations. When you bring [earned income] home you're supposed to pay U.S. tax minus a credit for the income taxes you've already paid overseas. But companies have a number of techniques for bringing back profits without paying the tax."

One technique, Drucker says, is lobbying the federal government for a tax holiday — a period of time when companies can bring back offshore profits one time at a reduced rate. Advocates of the plan say it would function as a non-government stimulus plan because as much as $1 trillion could flow back into the United States.

"It sounds reasonable," Drucker says, "but I think there are two important things to say about that. No. 1 is that companies, according to the latest data from the Federal Reserve, are sitting on a record pile of cash — $1.9 trillion. So to the degree the economy is challenged right now, it's not from lack of cash at the disposal of companies. And there's a fair amount of academic research on what happened [after the last tax holiday, in 2004]. And the result is that there was very little hiring and very little investment that went on as a result of the $300 [or so] billion that came back. Most of that money seemed to buy back stock."

Jane Penner, a spokeswoman for Google, told Bloomberg News the technology giant's practices "are very similar to those at countless other global companies operating across a wide range of industries." She declined to address the particulars of its tax strategies. Frank J. Murdolo, Forest Laboratories' vice president of investor relations, declined to comment on the company's tax planning, Bloomberg News said.

On the American Jobs Creation Act

"In 2004, Congress passed the American Jobs Creation Act, which permitted countries to bring back profits from offshore one time at a reduced rate — paying 5.25 percent instead of 35 percent. And companies brought back about $312 billion that qualified for the break, and there's a fair amount of literature that shows very little job creation went on as a result of that. And most of that money was used to buy back stock. And companies right now are lobbying for a repeat of that break."

"The U.S. and other countries need to create climates that are conducive to business. That's absolutely true. As long as this system exists where companies have the ability to shift profits, they're going to take advantage of that. I guess the question is: Do we want to have a system where your taxable income has so little relation to where the real-world economic activity takes place and, more broadly, the question it raises about the fairness of the tax system — the result of this is that it shifts the tax burden to the people that don't have the ability to do this, i.e., the 99 percent of Americans who don't have access to sophisticated tax advisers and also to the companies that are not multinational."