Accessibility links
Tennessee's University Of The South Bucks Annual Tuition Hike Trend Other than death and taxes, nothing has been quite as certain as the yearly rise in college tuition. But The University of the South plans to cut tuition by 10 percent next year. The school's president says the current practice of colleges charging the most they possibly can is no longer working. 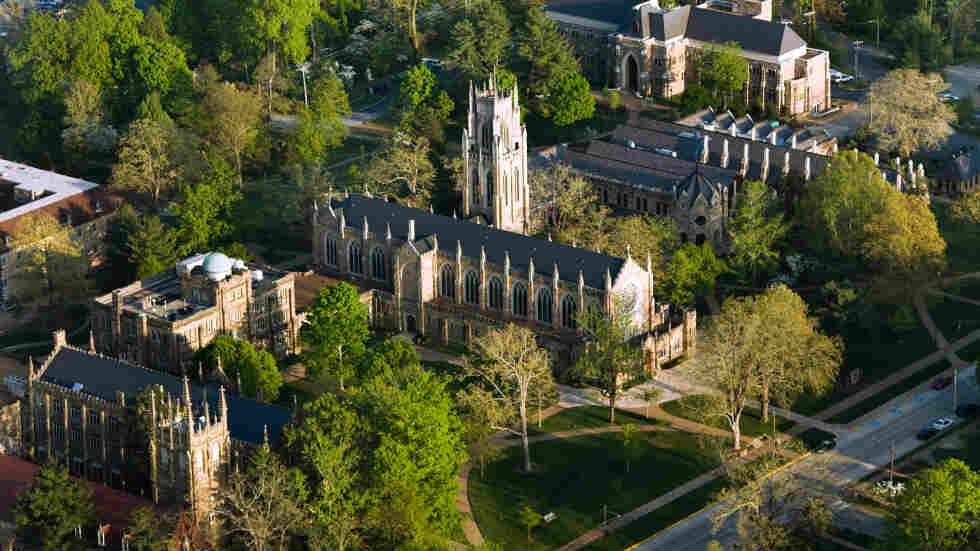 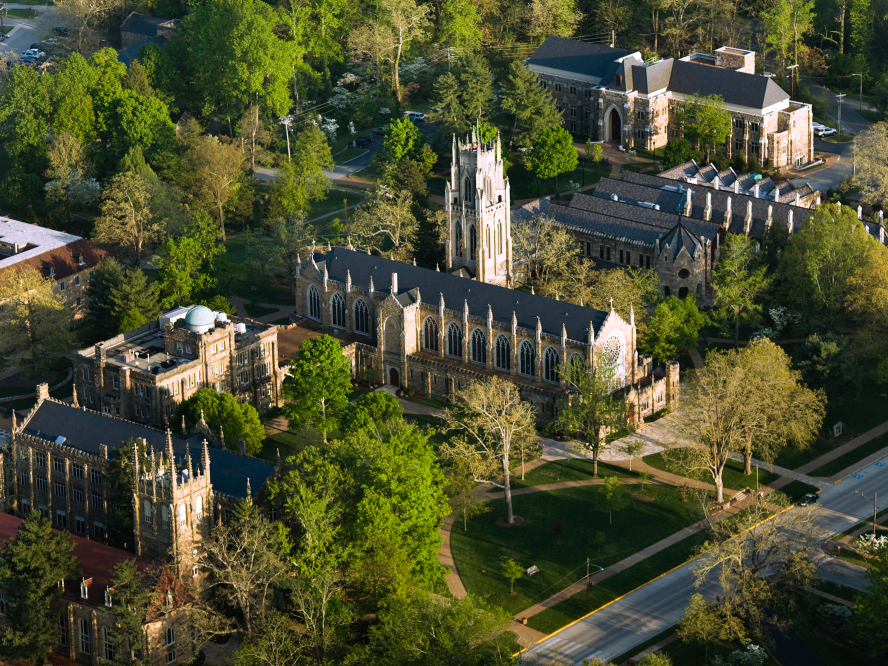 The University of the South, better known as Sewanee, plans to cut tuition by 10 percent next year.

The University of the South in Tennessee is getting out of what it calls the tuition "game." Last month, the school — which is known as Sewanee — announced it would cut its $46,000-a-year tuition by 10 percent next year.

College tuition has grown at twice the rate of inflation, and so in higher education, the private school's announcement made waves.

"There's no doubt when you have a leadership institution like Sewanee make a 10 percent cut, that it gets everybody's attention," says Claude Pressnell, president of the Tennessee Independent Colleges and Universities Association. The national association for private schools says more than two dozen colleges have cut tuition in the past 15 years, but none had what it calls "Sewanee's national prominence or financial resources."

While it may be deep in the woods — it sits on a 13,000-acre mountaintop campus — its price tag is big-city.

But the price hasn't scared too many people away. This year, the school received 3,000 applications; fewer than 500 got in. But more and more, the decision is coming down to Sewanee or a less expensive public university. Head to head, the school is losing more students to the University of Georgia than anywhere else. Tuition and fees at that school currently cost about $27,000 for out-of-state students.

Sewanee's campus quad could be confused with Harry Potter's Hogwarts: Stone buildings and stained glass reinforce the university's elite status. And for a long time, so has the high tuition. It's a phenomenon in higher education that bears the name of a fine Scotch whisky: the Chivas Regal effect — the more it costs, the better it must be.

"Charge as much as you think you can get a family to pay and then discount that price by as much as you need to in order to attract the students you want," says John McCardell, the school's president.

"High tuition, high discount has been the order of the day for the last generation. It's not working anymore," McCardell says. He says that fewer and fewer families are willing "to pay the sticker price."

"More and more families are trying to bargain for aid that has little relationship to need and everything to do with trying to play off one offer against another," McCardell says.

McCardell says higher education shouldn't operate like a used car lot, but it does right now. At Sewanee, only 30 percent of students pay the sticker price. Catherine Carpenter of Dallas is one of them. "It's expensive, but we get a great education," McCardell says.

Many more students are like Clarke DeMars, from Baton Rouge, La. After being offered a full ride to Louisiana State University, his father encouraged him to wheel and deal.

"Initially I didn't actually get merit scholarship here, but I wrote a letter of concern to apply. I listed all the scholarships I got from other schools and ended up getting a nice scholarship from here," DeMars says.

By cutting tuition, The University of the South hopes to wean itself from using merit scholarships to attract students and ultimately get more of them paying their own way. Until that happens, the school will depend on donors and dipping into its endowment to make ends meet.