Accessibility links
Movie Review - 'Limitless' - Possibilities, Hemmed In By Hollywood Norms A slick new vehicle for The Hangover's Bradley Cooper, this thriller about a dizzyingly powerful "smart drug" turns out to be strictly (if entertainingly) middlebrow.

'Limitless': Possibilities, Hemmed In By Hollywood

'Limitless': Possibilities, Hemmed In By Hollywood 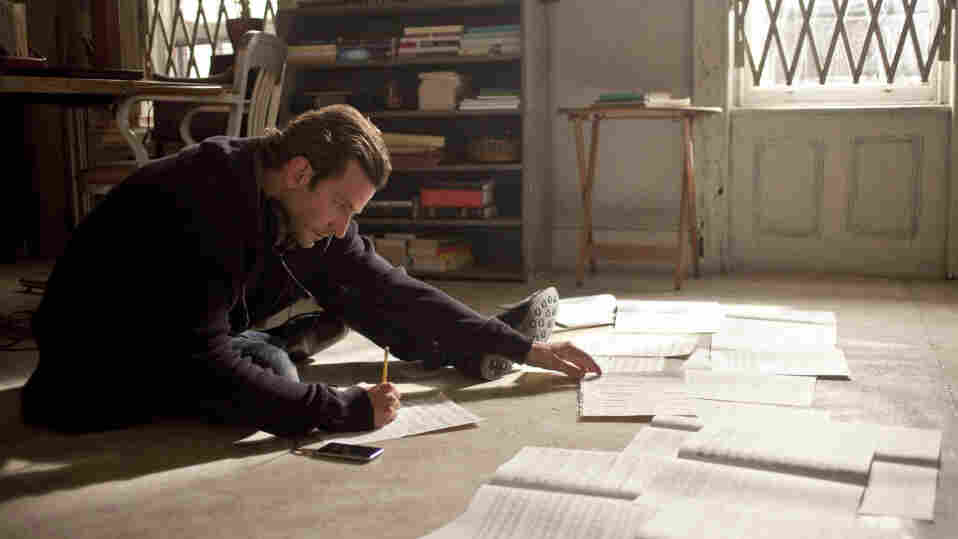 Rated PG-13 for violence, drug use, sexual situations and profanity

'Don't Make Me Your Competition'

'Don't Make Me Your Competition'

Opening near the close of its story, Limitless introduces a man who's reached his limit: As thugs batter the metal door of his fortified Manhattan penthouse, Eddie Morra (Bradley Cooper) stands at the edge of the terrace, contemplating a dive toward the pavement dozens of floors below.

Eddie is a formerly struggling writer who became a Wall Street ace by boosting his brainpower with an unapproved "smart drug" called NZT. So this speedy thriller would appear to be a cautionary tale about the perils of intellectual cheating.

Guess again: Limitless really has nothing against cheating. In fact ultimately, the filmmakers doesn't sweat the fact that Eddie is a chemically enhanced fraud. What scares them is any possibility of alienating the movie's target audience with a downer ending, so they discount all the effort they've made to push Eddie to the edge, and instead send him someplace much cushier.

Directed by Neil Burger, whose The Illusionist also pulled an upbeat coda out of a hat, Limitless is entertaining for much of its running time. It's glib, and it's overly fond of hyperdrive pans, psychedelic montages and swift rack-focus shifts. But these music-video effects suit the drug-fueled saga, which at first seems to be about the risks of moving too fast.

The film was adapted from Alan Glynn's 2003 novel, The Dark Fields, and is basically Faust for the ADHD era. (One of the most popular real-world smart drugs is Adderall, officially prescribed for ADHD but often used to amp up performance among certain overachieving sets.) Like the tragic hero of that legend, Eddie doesn't take pills for kicks, but for power — the power of knowledge.

At the start of the long flashback that forms the bulk of the movie, Eddie is so clueless that he sports a scruffy ponytail. He realizes he's lost his way when indulgent girlfriend Lindy (Abbie Cornish) finally dumps him. Then Eddie encounters his former brother-in-law (Johnny Whitworth), an oily longtime dealer who now peddles NZT. He gives Eddie a sample bag; a few tabs later, the blocked writer has finished his long-stalled novel. Naturally, it's a winner. 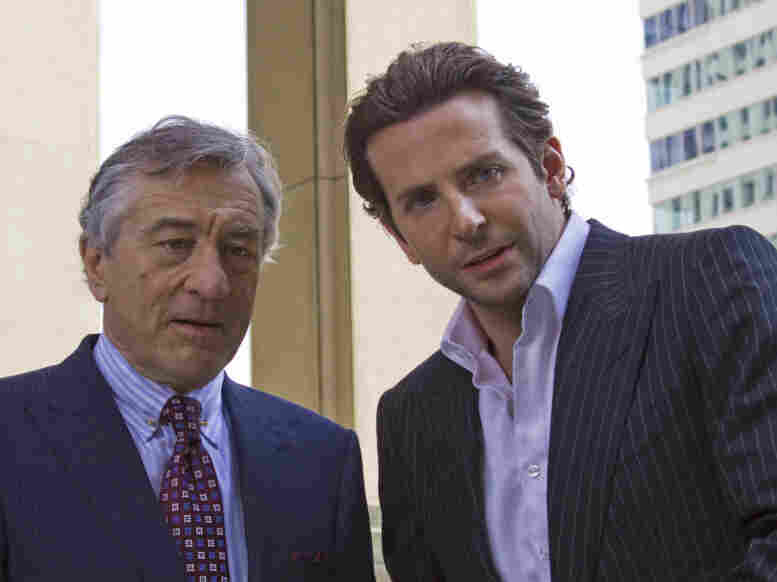 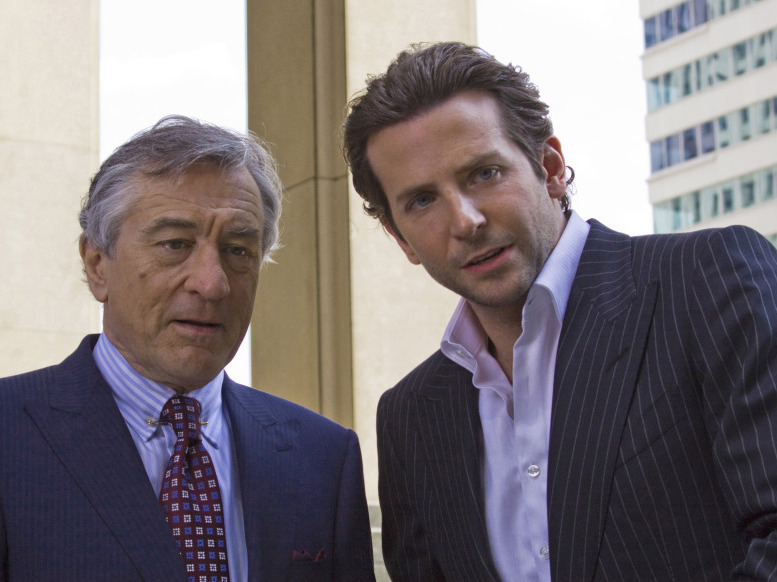 Hoping to cash in on his pill-induced brilliance, Carl Van Loon (Robert De Niro) hires Eddie as a financial consultant. Unfortunately, the Russian mob also wants a piece of the action.

Having conquered literature, Eddie progresses to finance. He borrows money from a Russian gangster — not a genius move — and makes a small fortune. Soon, he's won Lindy back, speaks a half-dozen languages and is providing merger advice to a big-time financier (Robert De Niro, coasting though an upscale version of his usual gangster thing).

Then come the complications. NZT has serious side effects, and yet some mean people — including that Russian — want Eddie's stash. Suicide briefly seems a reasonable option. But a guy with a "four-digit IQ" should be able to think his way out, even if the escape involves a Grand Guignol moment.

With Cooper in the lead role, Limitless was never likely to be a profound study of a modern-day Faust's overreaching and downfall. Swaggering is pretty much the actor's only mode, so Eddie's (temporary) undoing doesn't have much weight.

The movie also suffers from a slightly musty aroma. Smart drugs (aka nootropics) may still be popular on college campuses, but they peaked as a journalistic subject toward the end of the last decade. They lost their kick, in fact, around the same time everyone realized that Wall Street's soaring profits were based on something other than soaring intelligence.

If Limitless is already halfway to being an antique, it's still moderately amusing as a "head" movie for an age that values cash over enlightenment. The new lyrics don't quite scan, but you can almost hear Grace Slick singing, "One pill makes you smarter, and one pill makes you rich ..."