A Couple Of Aliens, And A Dude From Outer Space

A Couple Of Aliens, And A Dude From Outer Space 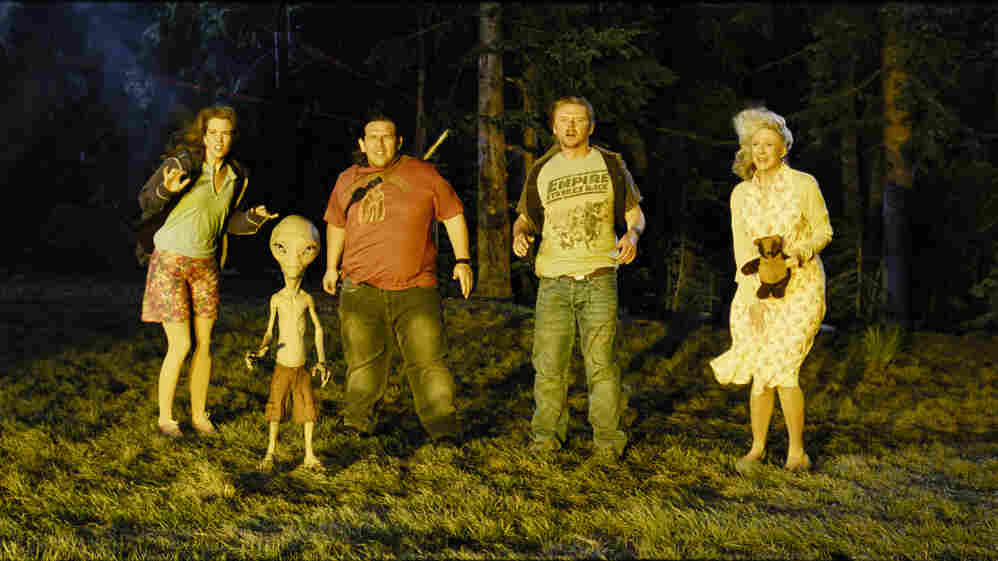 One of the secrets to the appeal of the comedy Paul is simply this: The extraterrestrial of the title, voiced by Seth Rogen, only smokes pot occasionally.

And that would be a shame, because Paul is a good-hearted, funny movie.

Written by and starring the team of Simon Pegg and Nick Frost (who are also responsible for Hot Fuzz and Shaun Of The Dead), Paul follows Graeme and Clive, a pair of sci-fi-loving Brits, on their U.S. tour. Their agenda is to hit Comic-Con — the gigantic annual gathering of the superfans of just about everything that has superfans — then drive around in a rented RV visiting the sites of America's most famous UFO encounters. Along the way, they're shocked to encounter Paul, a little alien in cargo shorts and flip-flops who needs their help to stay one step ahead of the guys in black sedans, led by the imposing Agent Zoil (Jason Bateman).

So now we have a road movie, a buddy comedy, and a sort of Dukes Of the Planet Hazzard thing going on.

Inevitably, a pretty girl (Kristen Wiig) hops in the guys' mobile home for reasons too convoluted to detail, so we have a love story as well. And the central joke, which returns again and again, is about what happens when two enthusiasts thoroughly steeped in pop-culture notions about aliens meet a real one — one who knows all about E.T., fear of probes and The X-Files' Agent Mulder.

There are some cute nods to the world of sci-fi, but they're generally on the right side of the line between fun and smug. 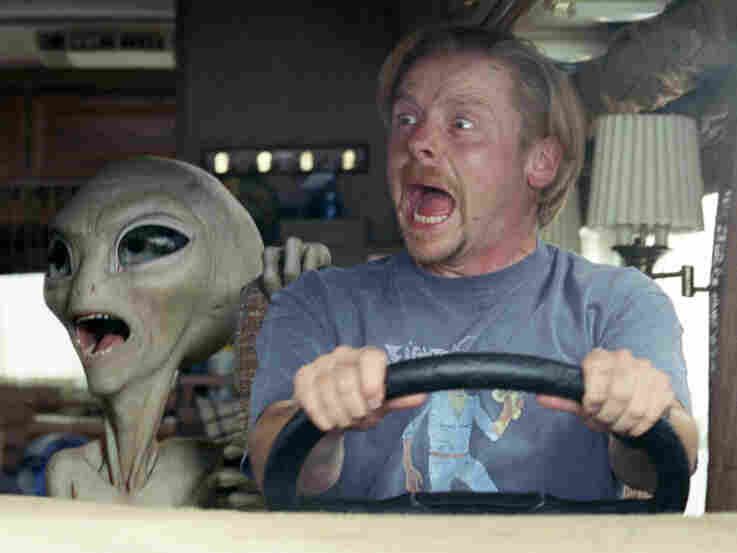 After Paul breaks out of Area 51, he accompanies the guys on a cross-country road trip, looking always for an escape to his home planet. Double Negative/Universal Pictures hide caption 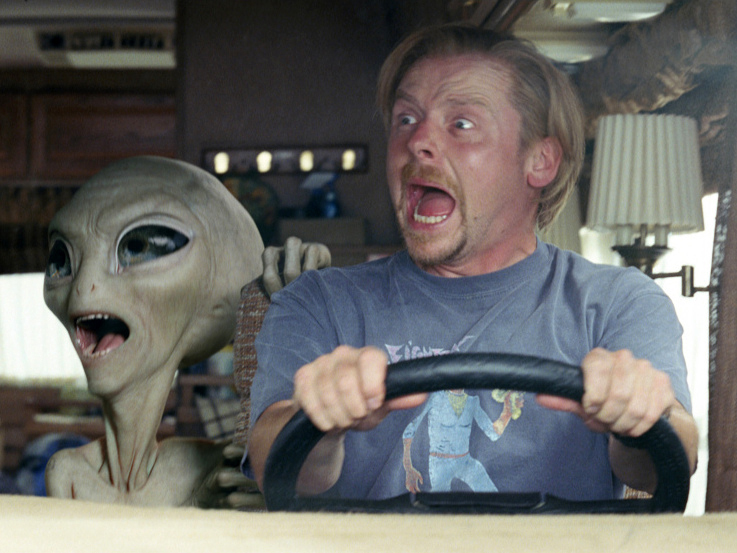 After Paul breaks out of Area 51, he accompanies the guys on a cross-country road trip, looking always for an escape to his home planet.

It's a mistake to read Paul as some kind of exegesis on fandom, either cutting or complimentary. Graeme and Clive are just guys, and their fandom is there merely for the comedy setup. It doesn't define every single thing they do; their every line is not devoted to stressing that they only play video games, never go outside, have no social skills, and so on down the list of stereotypes. Most important is their self-awareness. They've got a sense of humor and perspective about their enthusiasms, wild as they are.

In some ways, Paul the alien serves the same functions as the classic movie type known as the Manic Pixie Dream Girl, taking the heroes out of their comfort zones, encouraging them to grow some confidence and live a little. (Though this pixie, unlike Natalie Portman's character in Garden State, actually has a shot at making it back to his home planet.) But Paul is ultimately affectionate; he's warmly funny as well as sharply funny, a balance that isn't a surprise in a film shaped by Greg Mottola, who directed both Superbad and the criminally underappreciated Adventureland.

In a comedy, of course, what's most important about Paul is that he's funny at all. Happily, so are Graeme and Clive and everyone else. Bill Hader and Joe Lo Truglio as the bumblers working for Zoil; Wiig as the potential love interest; Blythe Danner as an old friend of Paul's; David Koechner and Jesse Plemons as a couple of disgruntled truck owners; everybody gets laughs. Some of the jokes are cheap — there's even a funny-name gag at the end — and some of them are dry, but enough of them work that it's great fun throughout.

Ultimately, Paul is a story about a couple of buddies who get a new pal, and he gets them into some scrapes, and they meet some people, and they visit some places, and crazy things happen, and ... that's the movie. There's a campfire, there's a chase, there's a kiss. You don't watch a movie like this for the groundbreaking plot; you watch it because it's well executed and great fun.

And, here, because Seth Rogen doesn't spend too much time laughing.